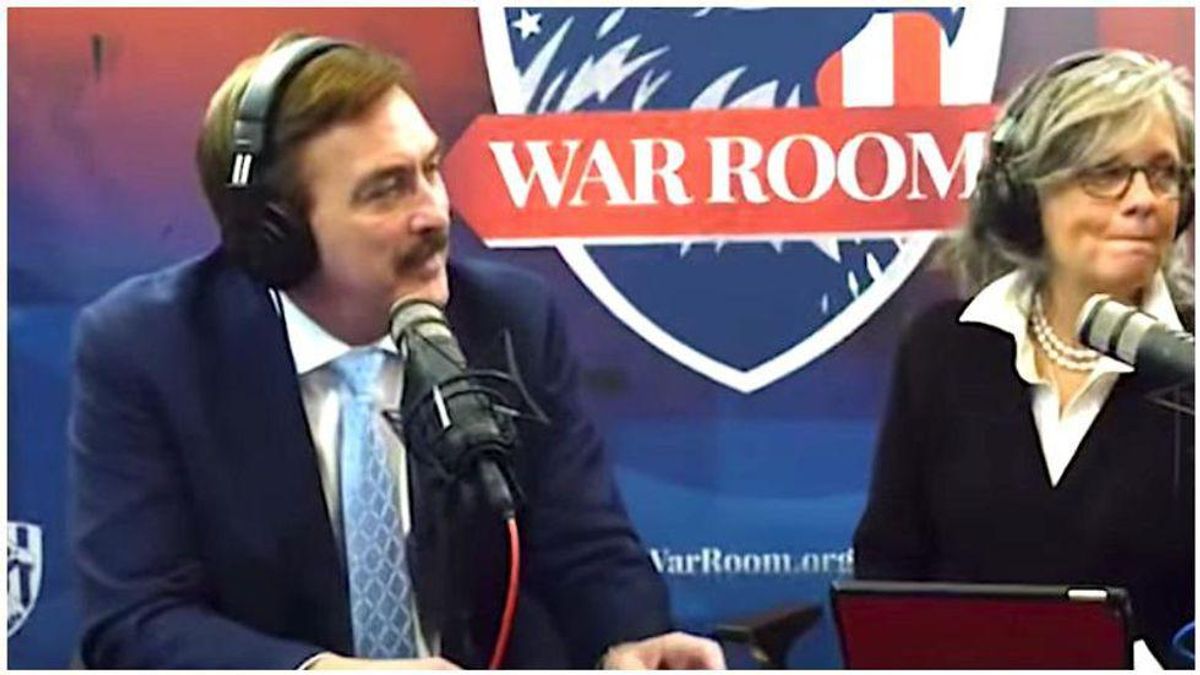 Mike Lindell's CNN interview was one for the history books. The pillow CEO handed over his "evidence" of election fraud, showing pages of "evidence." But when CNN gave the pages to cybersecurity experts, no one could figure out what it said.

It's just another in a long line of complications in Lindell's "proof" that the 2020 election was somehow stolen. As of Feb. he has lost $65 million in pillow revenue after his election fraud crusade. Lindell, who is described as someone who "speaks loudly and nonstop," has claimed that he's on a kind of holy mission from God to reinstate Donald Trump. He believes it will be one of the greatest heavenly miracles observed.

"He's done so well, I worry that he'll lose everything," friend Jeanette Lenzen said. "He just has all the faith in God that God's going to help him get all this stuff. But sometimes, God says 'No.'"

While some folks online are urging Lindell's family to get him help and others mocked the CEO, at least one supporter of Donald Trump called Lindell "cringe and batty."

Mike Lindell would never lie, he wore a cross around his neck in all his pillow commercials.
— Brian Eskow (@Brian Eskow) 1628218136.0

As easy as it is to shit on Lindell, this guy is certifiable. There’s something seriously wrong with him. His loved… https://t.co/YPE0yClMPh
— AlbertaSux (@AlbertaSux) 1628217823.0

The only thing more pathetic than Mike Lindell is someone who believes him https://t.co/ktguUExtFr
— IrishJon (@IrishJon) 1628217793.0