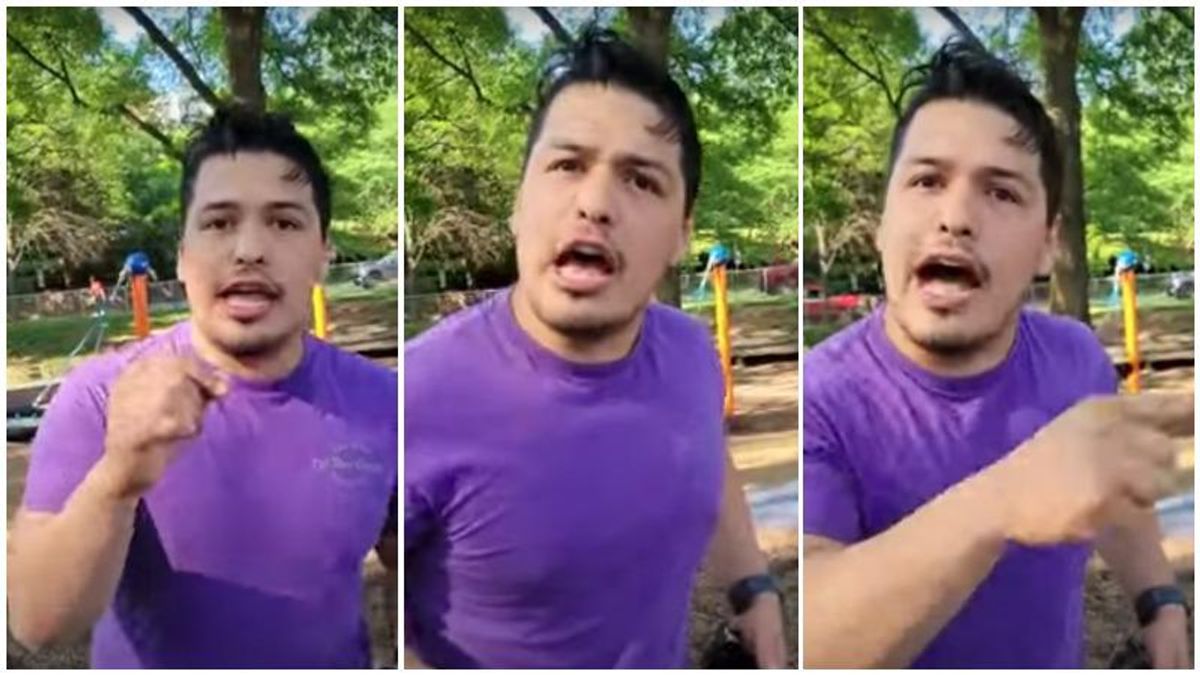 A Virginia man this week was caught on camera apparently following the advice of Fox News host Tucker Carlson by harassing families whose children are still wearing face masks.

ArlNow.com reports that a still-unidentified man spent Tuesday this week yelling at families in the Rocky Run Park in Arlington, Virginia because they were still having children wear masks amid the COVID-19 pandemic.

The man directly echoes the words that Carlson used last month in a Fox News broadcast where he said parents who still masked their children should be directly confronted for purported "child abuse."

A mother at the park angrily told the man to mind his own business.

"Leave me alone, you're stressing my baby," she told him.

A father who was at the park with his children told ArlNow that the man also spouted conspiracy theories about masks.

"He start yelling at them, that they were doing 'child abuse' for 'forcing' our kids to wear masks, and saying all that conspiracy theory speech," he said. "He start filming our kids, and yelling… and as you can see in the video all children start running away from him. My wife call me and also called the police. Police arrived but he was already gone."

Man Filming Kids and Yelling at Parents for the Use of Masks www.youtube.com