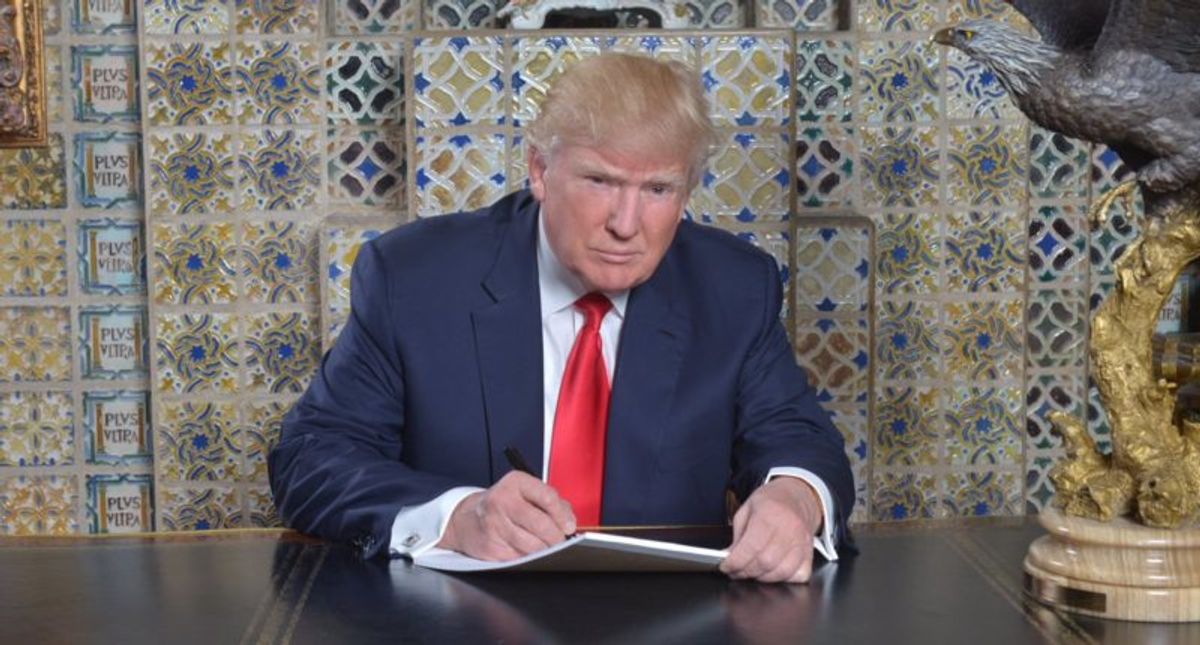 The editorial board of the Wall Street Journal didn't take Donald Trump's latest broadside at them lying down and responded in kind with an editorial that took more than a few sarcastic comments aimed at the man they dismissively called "the most famous resident of Mar-a-Lago."

On Thursday, the one-term president, still deprived of his Twitter and Facebook bully pulpits, issued a press release criticizing the conservative paper owned by Rupert Murdoch over an editorial from the editors calling on the Republican Party to put Trump in the past if they have any hope of regaining the White House and both chambers of Congress lost during his tenure.

According to Trump, "The Wall Street Journal editorial page continues, knowingly, to fight for globalist policies such as bad trade deals, open borders, and endless wars that favor other countries and sell out our great American workers, and they fight for RINOS that have so badly hurt the Republican Party," before adding, "Fortunately, nobody cares much about The Wall Street Journal editorial anymore."

In turn, the editors responded with a snarky, "For someone who says we don't matter, he sure spends a lot of time reading and responding to us. Thanks for the attention."

The editorial took a tongue-in-cheek dig at Trump, insinuating he is a poor loser still unable to deal with being a rare one-termer.

"Former Presidents and Vice Presidents have told us how psychologically difficult the early months of lost political power can be. We can therefore empathize if former President Trump is frustrated these days, and perhaps that explains his attack on us Thursday over his role in the GOP's loss of the Senate," they wrote before making their case again that the ex-president is still trying to rewrite history.

"What really seems to rankle the most famous resident of Mar-a-Lago isn't his caricature of our policy differences," they wrote dismissively before adding, "It's that we recognize the reality that Mr. Trump is the main reason Republicans lost two Georgia Senate races in January and thus the Senate majority. Mr. Trump refuses to take responsibility for those defeats, contrary to all evidence."

Revisiting the loss of the two Senate seats the Republican Party held before Trump started bickering with Georgia's GOP leadership, the editors suggested that the former president still doesn't get it.

"It matters to GOP fortunes going forward," they wrote. "In the single Trump term, Republicans lost the House, White House and finally the Senate. How can it be that everyone other than the most prominent Republican in the country is responsible for victories but not the defeats that have left Republicans in the wilderness?"

In a biting summation, they added, "Losing to Joe Biden of all people, and by 7.1 million votes as an incumbent president, must be painful," before twisting the knife with, "Counseling could be in order. Any good analyst will explain that the first step toward recovery is to accept reality."