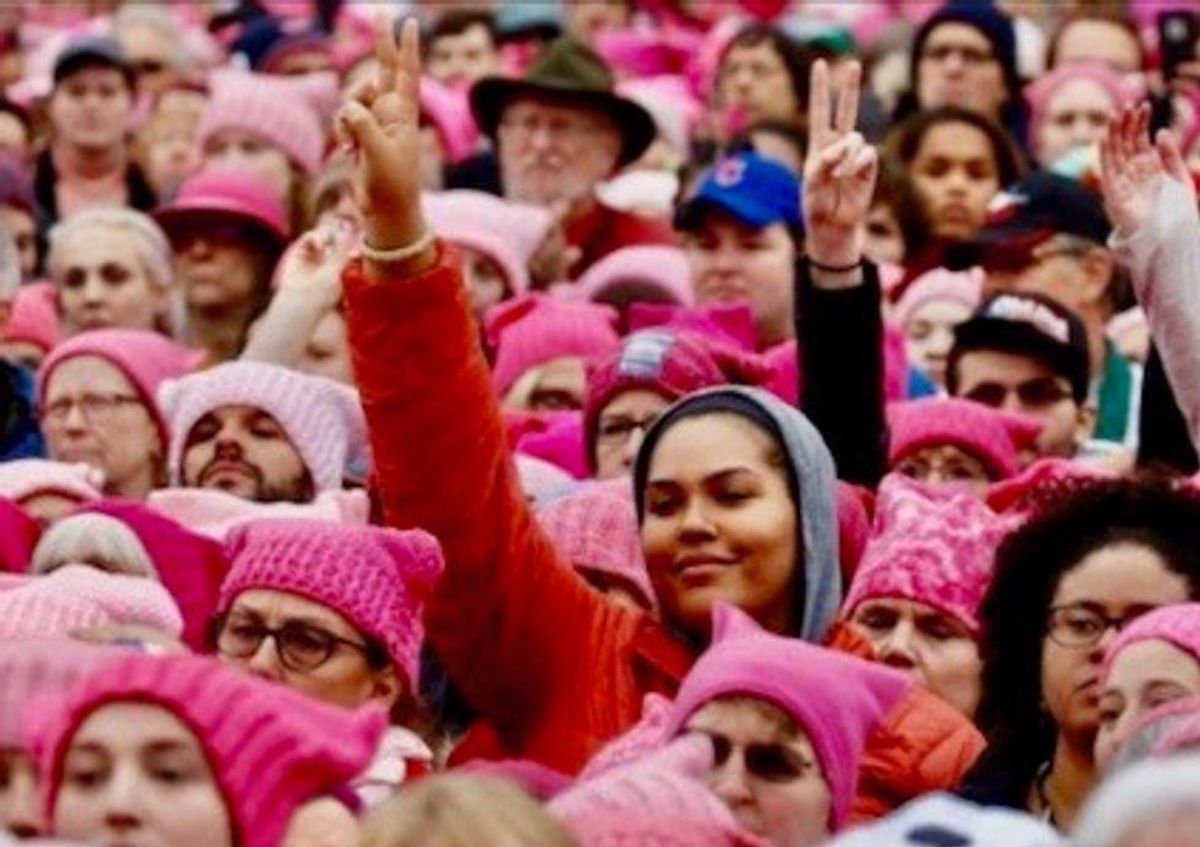 For today's edition of the Editorial Board, I have at the ready a tall pitcher of ice-cold water. I'm going to pour it all over a sizzling hot take I saw in the wake of the new law virtually outlawing all abortion in Texas, a law that's going to be copy-catted by other GOP-controlled states. The hot take was summed up on Friday by Will Wilkinson. "Roe makes the GOP safe for moderately conservative white women they're already losing in droves," Wilkinson said. "Expressive, grandstanding anti-abortion politics is one thing. The clear and present danger of losing control of your body and your life is another thing altogether. It creates a visceral sense of threat that cuts across party lines."

Now why would I want to pour ice-cold water over a hot take like that? Will Wilkinson is a nice guy and singular mind to boot! Well, for one thing, I don't think conservative white women are going to be animated by the United States Supreme Court's lawlessness the same way liberal white women are going to be. (We can't just ignore 50 years of legal precedent, but the high court did.) I'll get to this more in a moment, but let's say for now that the Democratic Party has been annoyingly hesitant to take on "culture war" issues for fear of driving conservative white voters away. With this new development, it's not hard to see a Democratic Party going all-in on the "culture war."

As for conservative white women, well, that's where the ice-water is needed. Presuming some of them, especially the suburbanites, will move over to the Democratic column is itself based on presumption — and it's that presumption we need to talk about. That presumption is the new Texas law, and similar laws enacted in other states, will regulate the bodies of all women. It presumes there is one system of justice. It presumes the rule of law applies equally. If that were the case, there would be no point in outlawing abortion. It never was about fetuses. It's about restoring America to its original, natural and "constitutional" state in which citizens are separate and unequal.

Think of it this way. White women, not just conservative women, already understand at some level that they are the exception to the rule of law on account of being white women. They understand this to the extent that none of them would trade places with a non-white woman knowing full well how non-white women are treated by law enforcement and society in general. Add to this established context the fact that enforcement of the new law does not come from the state. It comes from private citizens incentivized to sue anyone enabling abortion services thanks to the creation of a bounty system. There are two reasons for taking enforcement out of the hands of the state. One, to avoid federal litigation (though that's to be seen). Two, to abandon the legal obligation to enforce the law equitably. It might take a while, but over time, all white women, not just conservative white women, will figure out the abortion ban does not apply to them.

But what about the six-week time frame? It's true that the law forbids abortion after six weeks, which is usually before most women even know they are pregnant. I think we should be asking ourselves why Texas lawmakers even bothered with it. You could say because that's when an embryo's heart cells start thumping, but let's not accept the GOP's bad faith. Let's imagine that Texas lawmakers understood the need for plausible deniability — that people who are the exception to the rule of law still need a period of time to get around a law. And let's imagine that that period of time is around six weeks. In that case, it's not hard to imagine the creation of an informal network of doctors and patients that understands the need for medical records showing pregnancies at 12 weeks are under six on paper. Corruption begets corruption. A law incentivizing lawlessness will be understood for what it is by doctors prepared to price-gouge vulnerable white women.

It's often said rich white women will have access to all the abortion services they need, law be damned, while poor white women will left behind. While I'm sure that will be the case some of the time, let's not underprice the immense wealth that comes with being white in Texas. All white women, not just rich white women, will in time figure out that the abortion law does not apply to them. To the extent that some are screwed by the law, well, they probably vote Democrat anyway, not because of any abortion ban, but because they are poor. The real white working class, earning less than $50,000 a year, tends to vote blue.

So let's dispense with the idea that the Republican Party might end up losing voters they need on account of passing laws similar to the one in Texas. As I said, lawlessness imperiling women's freedom is not going to radicalize conservative white women who already understand they are, and their daughters are, the exception to the rule of law.

Who will it radicalize? The very people who should have been radicalized but were too busy going to brunch to notice the rights and freedoms being taken away from non-white people. Democratic white women will understand, I think, that they are the exception to the rule of law, too, but Democratic white women will probably reject the law and its unequal treatment on ideological grounds. These are the people to whom Democratic leaders are right now signaling to. These are the people who will likely push the party nationally into leaning into the "culture war" instead backing away from it, as it usually does.