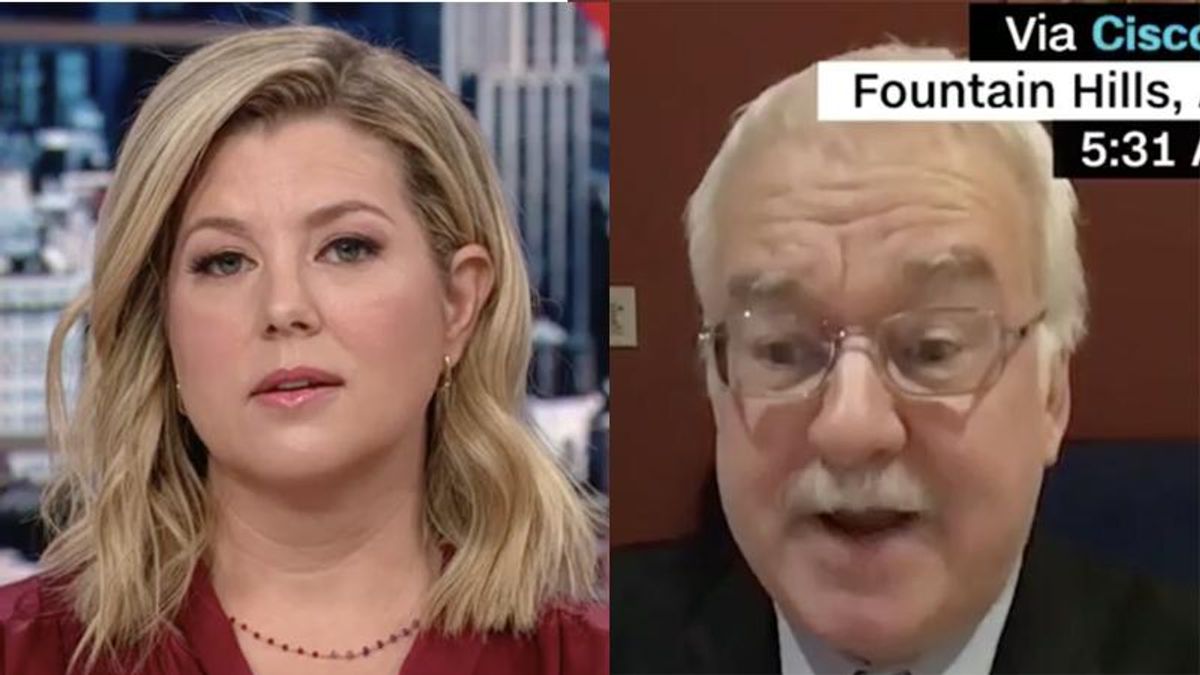 That led to a testy exchange as the CNN host and the Republican lawmaker talked over each other, and Kavanaugh accusing Keilar of using "spin."

Things turned particularly contentious when they battled over what would happen to ballots belonging to military families who are registered in Arizona but may have been moved due to deployments. That was when Kavanaugh objected to Keilar's choice of words.

"Can we use neutral names? They are being removed after multiple checks to make sure that they actually aren't there. They aren't being purged," he shot back.

"That is your -- that is how you describe it, sir, and we do appreciate you coming on," the CNN host replied.

"I'm not spinning it, I'm doing the truth," he complained.

"I'm not spinning it either," Keilar replied.

"Purge? What am I, Stalin?" he retorted. "Come on, don't be ridiculous. this is really -- this is why we can't have reasonable discussions across the political divide because everybody wants to throw gasoline on what should be a critical intellectual discussion."

"Sir, you're not being honest and what you're saying doesn't even line up with --" Keilar stated.

"When am I dishonest?" Kavanaugh interrupted.

"You talk about quality votes over quantity. I think that is loud and clear," Keilar replied.