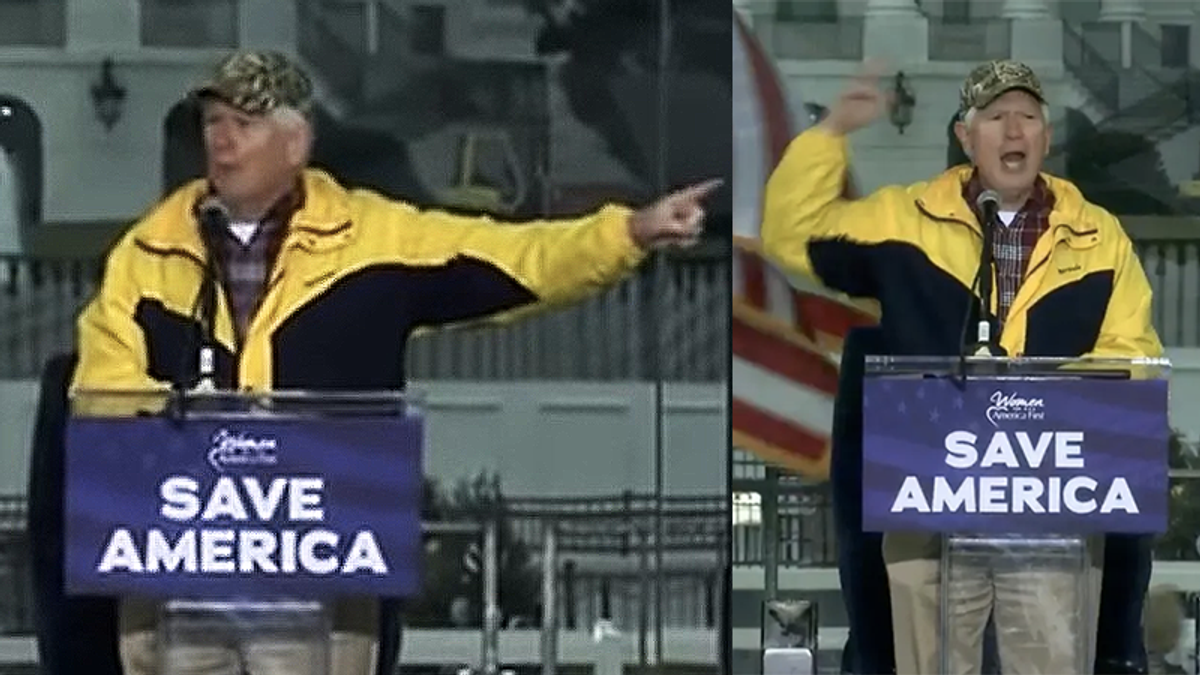 "Then, to prove his point about preparation," wrote Newell, "he revealed a new detail to me: that because of a tip he'd received about potential violence, he'd been wearing body armor at the very same Ellipse speech in which he encouraged rally attendees to 'start taking down names and kicking ass.'"

"I was warned on Monday that there might be risks associated with the next few days," Brooks said. "And as a consequence of those warnings, I did not go to my condo. Instead, I slept on the floor of my office. And when I gave my speech at the Ellipse, I was wearing body armor.

"That's why I was wearing that nice little windbreaker. To cover up the body armor," said Brooks. Newell said he was grinning as he said it. Newell noted that Brooks didn't say who warned him or what specifically he was warned would be a "risk."

It was a detail that MSNBC host Ali Velshi keyed in on, wondering, who gave Brooks that "tip."

"Well, those sound like good questions for the new-select committee investigating the Jan 6th attack," said Velshi. "We don't know who will be getting subpoenas from that committee, but select committee chairman, Rep. Bennie Thompson (D-MS), told us on this program last night that those subpoenas are going out, soon. In terms of what led to and prompted the Jan 6th attack? The lies about election fraud. The narrative of a stolen election. The fantasy that Donald Trump's election loss could be overturned. That, all, needs to be investigated by this select committee. But that is not just stuff that happened before Jan 6th. As far as a false narrative about the 2020 election that is inciting people to violence or potential violence, we're all living in an active crime scene, right now. This is ongoing."

Who told Mo Brooks about a 'risk' on Jan. 6 and urged him to wear body armor www.youtube.com