'Complexion' of black camp kids not a problem at this pool

After the treatment the kids attending Creative Steps Day Camp received from The Valley Swim Club, a private school has welcomed the children to swim in its pool. (NBC):

[T]he staff at Girard College, a private Philadelphia boarding school for children who live in low-income and single parent homes, stepped in and offered their pool.

"We had to help," said Girard College director of Admissions Tamara Leclair. "Every child deserves an incredible summer camp experience."

The school already serves 500 campers of its own, but felt they could squeeze in 65 more – especially since the pool is vacant on the day the Creative Steps had originally planned to swim at Valley Swim Club.

"I'm so excited," camp director Alethea Wright exclaimed. There are still a few logistical nuisances -- like insurance -- the organizations have to work out, but it seems the campers will not stay dry for long.

And to sweeten the deal, the owners of Gumdrops & Sprinkles treated the kids to a free day of candy and ice cream making.

To think that The Valley Swim Club took the $1900 from Creative Steps Day Camp yet were so appalled when they actually deigned to show and they were -- gasp -- Negroes -- that they gave the money back indicates they didn't think the money wasn't green enough to accept the "contamination" of the pool. I can't think of more publicly inhumane behavior toward children in recent memory. It's such a stain on his state that Arlen Specter is looking into this social (and PR) catastrophe.

I have a couple of questions, though. Let's say that the state, and Specter talk to the club's owners and the PR nightmare continues for The Valley Swim Club. The club has a couple of choices, and none are good (not that I feel sorry for these bigots). Lift their racist ban on POC, or claim right of assembly as a private club (that cannot possibly fly if they take money from non-members to access the facility -- that's public accommodation). So then they have to clean up their public relations mess by admitting minorities.

Do you think that members of the club will cancel their memberships in droves over this? I could see this happening because they were so casual in expressing their bigotry out in the open; certainly they will rebel against any notion that they have to socialize with human beings they see as "pickaninnies," right

So nice to see everyone playing the race card once again. Unfortunately those that claim to condemn it only further it's existence by bringing it up EVERY CHANCE THEY GET. The private club is just that, and despite the poor choice of wording used by the club representative, the fact is, it remains a private club. I wonder what the camp will do next..........hmmmm........perhaps take the kids to lunch at Le Bec Fin, then when they act up and are thrown out, everyone will be screaming racism once again. Seems both sides are to blame in this one, the camp for thinking they can take 65 rowdy children to a private club, and the club itself for booking the camp in the first place. And why weren't these kids taken to a PUBLIC pool to begin with? No one has provided an answer to that one yet either. I know for a fact not ALL the pools were shutdown by everyone's favorite mayor.

good for them. go somewhere else. and it is especially nice of Vince to leave out the safety issues regarding why they were told not to come back. The Valley Club does not have enough lifeguards to watch this many kids, who are NOT good swimmers, so the first concern was their safety...not their color. But God forbid you tell a black person they can't do something because then you MUST be racist. Maybe you are too ignorant to see past you own color and realize that there just might be a reason other than your color that this was done. And Vince, maybe ask the club if anyone else was turned away. Oh, 3 others camps were turned away....because they were too big for the club to safely watch. Maybe if your mayor hadn't run the city into the ground and closed YOUR pools you wouldn't need to come to ours.

should have just closed the pool for the day and let these animals have at it. Wait, they might have to close the pool for two days to clean up after them.

this has nothing to do with racism...has to do with certain people not being repsctful to others...the black as a whole is not bad...but some of these younger kids of no respect for anything...and i think the owner just did not want problems...if the black community wants us to respect them they have to start to respect others...it can not just be a one way deal

People are missing the big picture here! The fact is that inner city people (yea, I mean "you people") do not take care of their surroundings! Ever walk or drive through North Philly?? It's a rats nest! Trash, broken glass, drug debris, used condoms ect. all over the streets.. Do you want people who have NO self worth in your private swim club? It has nothing to do with color.. It has to do with 65 kids from the same place that I just spoke of! It's about class and it starts with the adults.. They raise their children to grow up and be statistic.

your an idiot...you never seen a bunch of blacks hanging out together ....they are trouble...if they want us to accept them as equal...that have to stop acting like thugs and start to respect other people...when they do that then maybe people will see them as equal...but idiots like you keep makeing ecuses for them and things will never change

Rick, even with these "all black" schemes, what is the percentage of black men in institutions of higher learning? The fact is that on an individual level, white men may feel discriminated against, but in an overall level, white people still come out tops. All black colleges were created because blacks couldn't get into the white colleges. Not because black people wanted to keep whites out.

Now, I don't know anything about Philly, but I used to live in one of those NY neighborhoods that always got a bad rap as an urban ghetto -- Bedford-Stuyvesant, Brooklyn. Not every block was a hell-hole of urban crime, not every black man was a thug, convict or wino. What was and is true is that minorities are victimized by crime more often in their own neighborhoods than any white resident in a tony suburb. Bed-Stuy was always full of working middle class people of color and they always took pride in their neighborhood, but the lower middle class and those just getting by (or not at all) were part of the scene as well. I'm sick of the urban stereotypes tossed around. Does the neighborhood below, my old stomping grounds, look like a rat's nest? Bullsh*t. 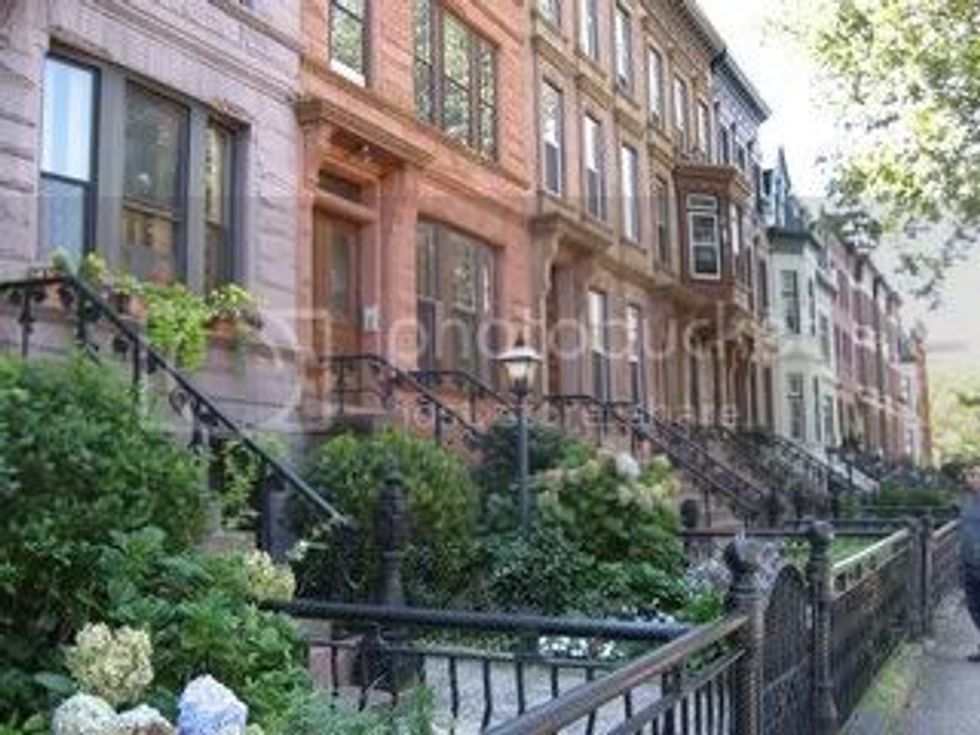 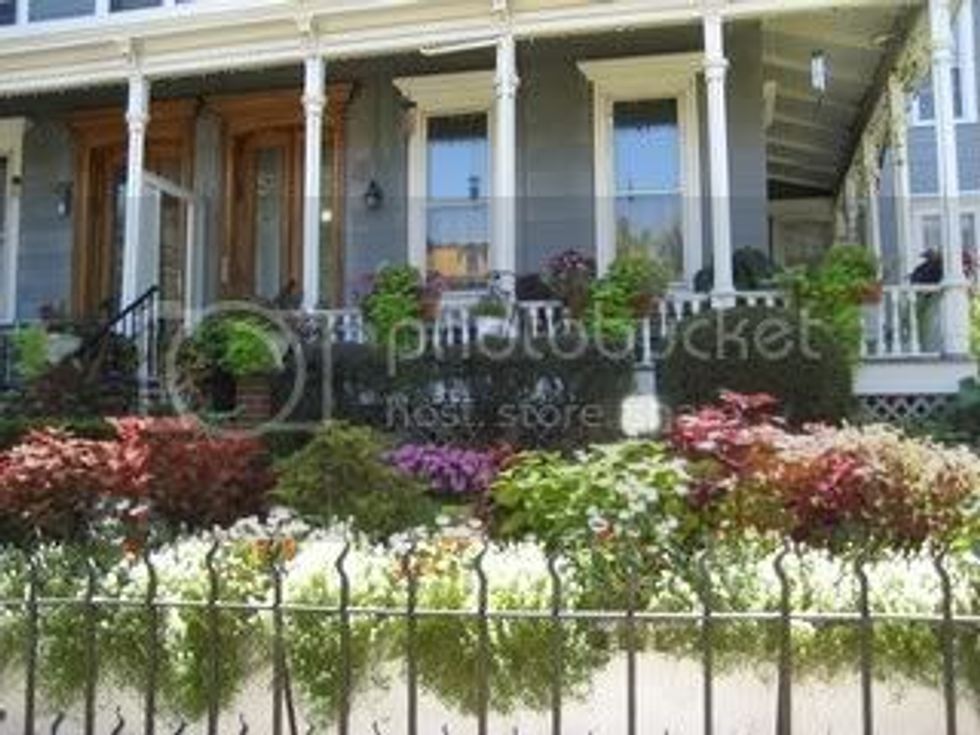 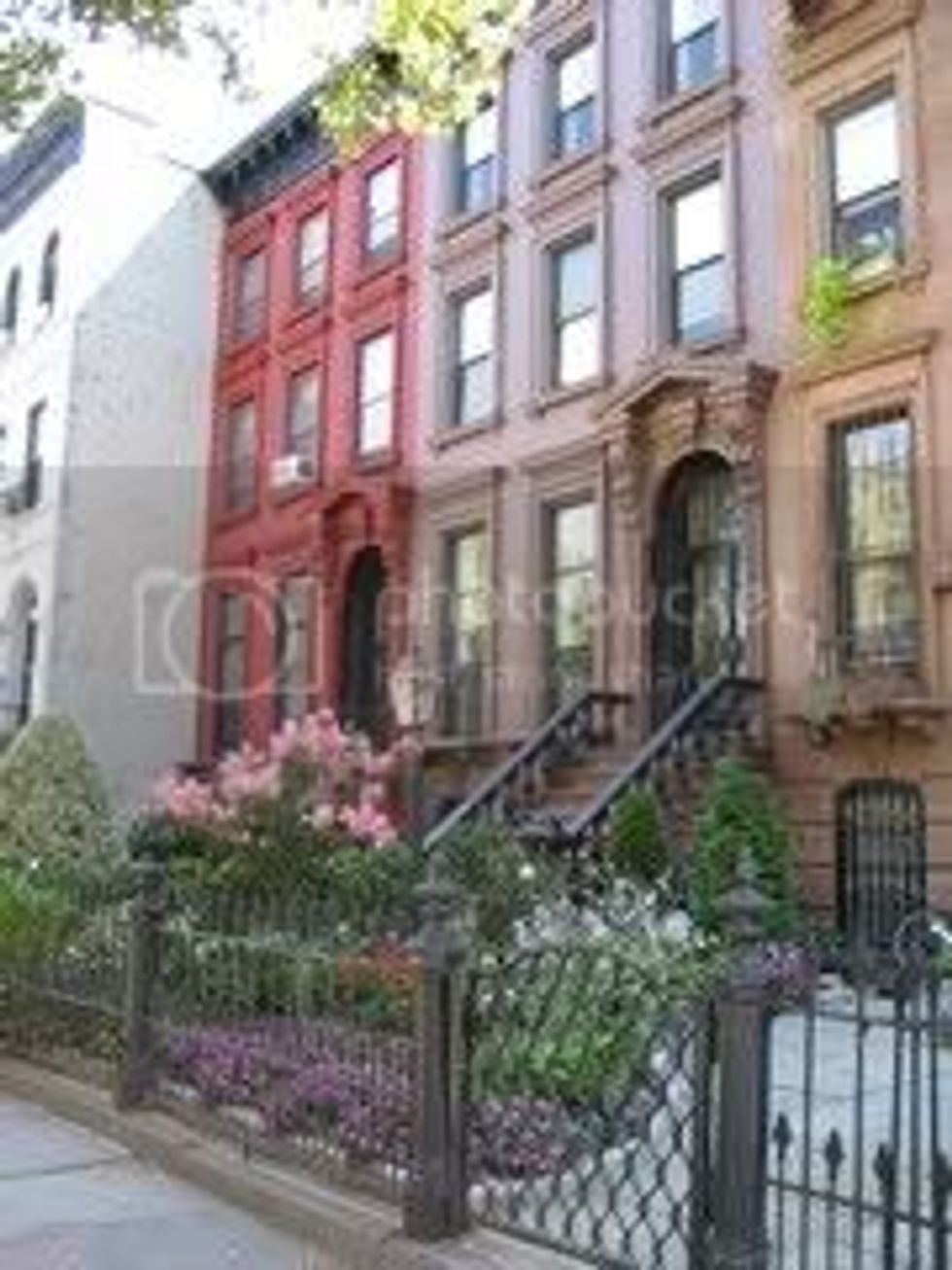 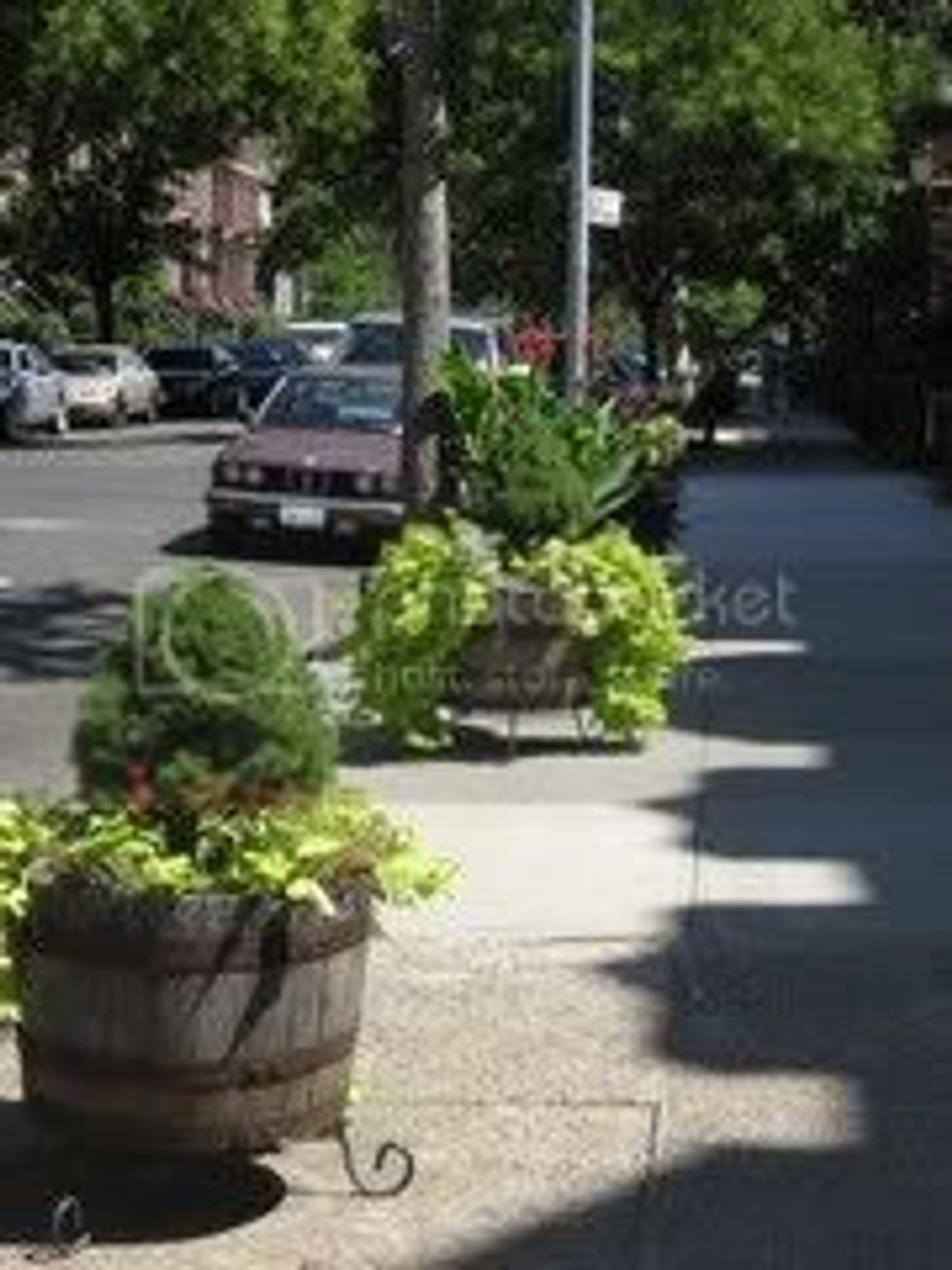 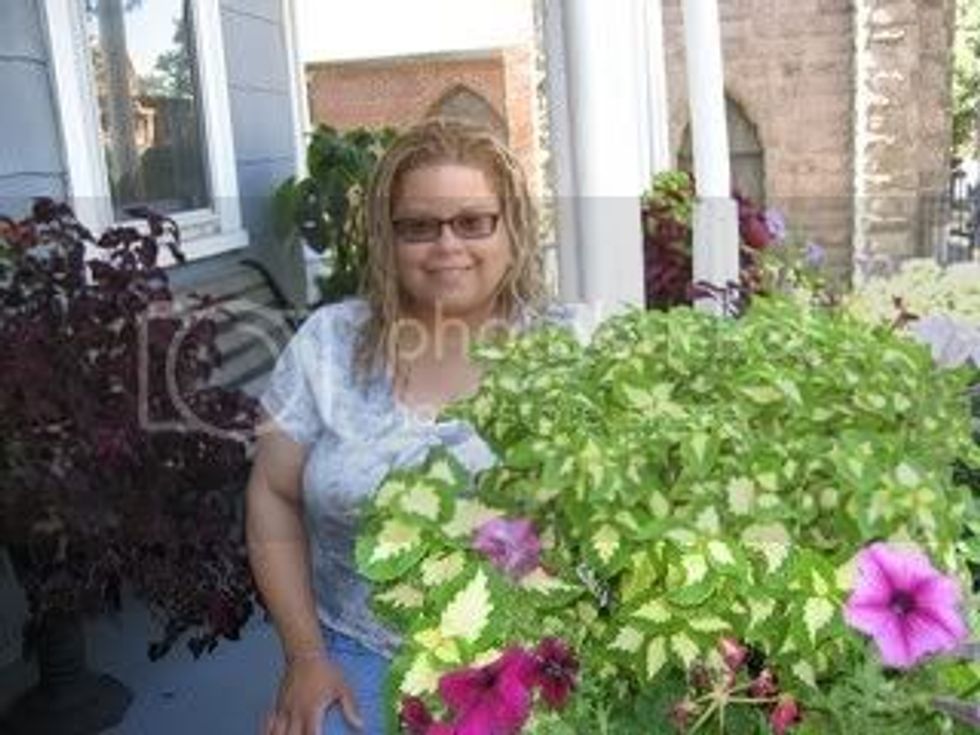 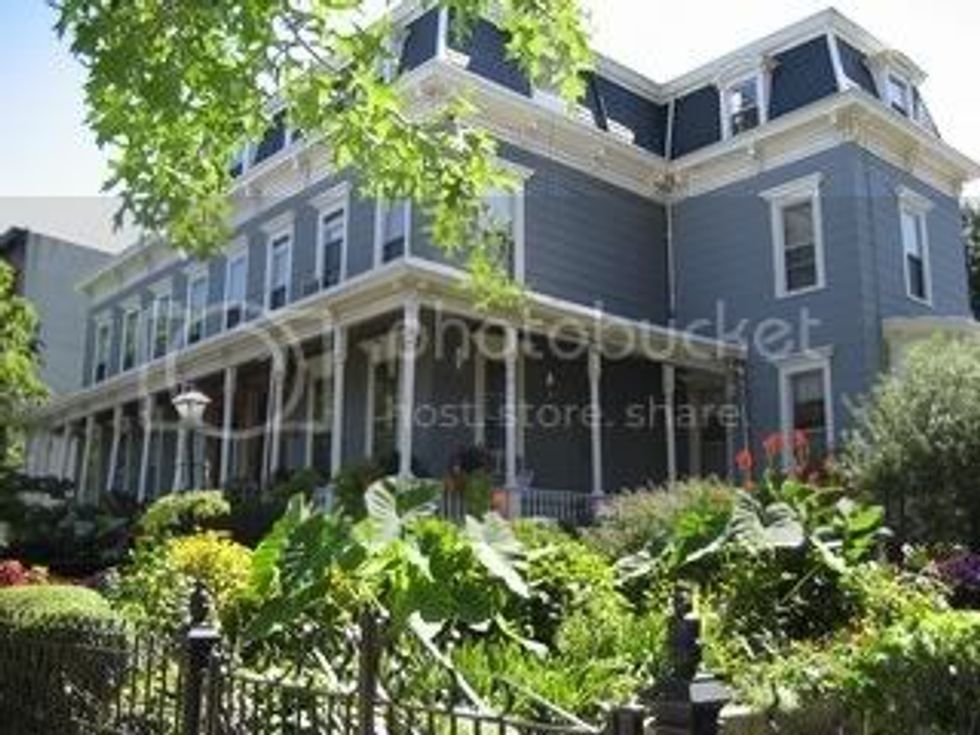 On Thursday, WFLX reported that gasoline panic-buyers in Florida have stripped fuel from over a third of gas stations in the Miami metro area.

This is in spite of the fact, according to oil analyst Patrick De Haan, the Miami area is not even serviced by the Colonial Pipeline in the first place.