The Internet of Things (IoT) is actually a pretty big deal 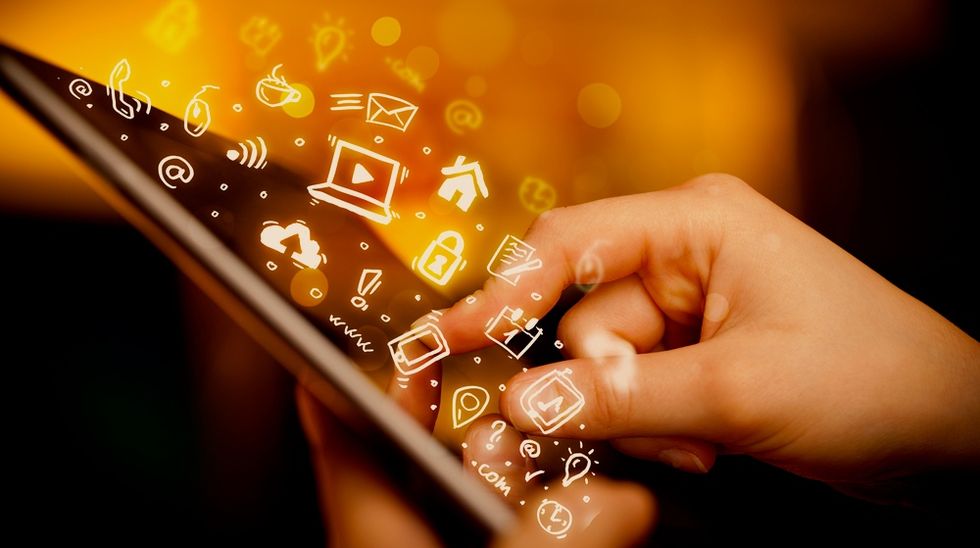 Within a few years, the Internet of Things is going to be worth trillions of dollars

Good morning! Or evening, if you happen to be reading this on the other side of the world. Our topic for today is the internet. What? You already know about the internet? No, no, I don't mean that internet, the boring old one you use to access YouTube and send Facebook updates, email and tweets and stuff. That's the internet of people and it's so, well, yesterday. I'm talking about the new internet, which is going to be the latest thing Real Soon Now.

It's called the Internet of Things or IoT and it's got everybody very excited over in Silicon Valley, where they hyperventilate a lot about technology. When you ask them what it is they say things such as "a global, immersive, invisible, ambient networked computing environment built through the continued proliferation of smart sensors, cameras, software, databases and massive data centres in a world-spanning information fabric".

Translated into English, that means billions of gadgets, each one of them connected to the internet and communicating madly with one another without much in the way of human intervention. So your fridge can talk to your smartphone to tell it that you're running out of milk, while your bathroom scales messages your GP's computer to let it know that you're not sticking to your diet plan, and the webcam in your living room sends you a text to tell you that the cat has been sick on the sofa, and cool stuff like that.

You think I jest? Think again. I tell you, this thing is Big. Why, only the other day, an outfit called IDC said that the Internet of Things is going to generate a staggering $7.1tn in sales by 2020. No, that's not a misprint: I meant trillions. Who is this IDC? It's a "market intelligence" firm, apparently. And yes I know it sounds like an oxymoron, like "military intelligence", but the whole of the tech industry takes these guys seriously because everyone needs numbers to justify their investments. How else would Facebook have known that WhatsApp was worth $19bn?

Like I said, everybody who is anybody in the tech business is very turned on by the IoT. It's going to make lots of money – oh, and it'll change the world, too. Of course there are some boring old creeps who keep raining on the parade. Spoilsports, I call them. There are, for example, the "security" experts who think that the IoT opens up horrendous vulnerabilities for our networked society. Hackers in Azerbaijan could get control of our "smart" electricity meters and shut down the whole of East Anglia with the click of a mouse. Pshaw! As if the folks in Azerbaijan even knew there was such a place as East Anglia. Or some guy in Anonymous could remotely jam the accelerator in your car so that you drive into your garage at 130mph even when you have your foot firmly on the brake. As if!

That's why it's sooo annoying when the media publicise scare stories about security lapses involving connected gadgets. I mean to say, how could TRENDnet have known that its "secure" security webcams weren't really secure at all? It's not its fault that a hacker broke into the SecurView camera software and told other people how to do it. The result, according to the US Federal Trade Commission, was that "hackers posted links to the live feeds of nearly 700 of the cameras. The feeds displayed babies asleep in their cribs, young children playing and adults going about their daily lives".

This is so unfair. Poor old TRENDnet makes security cameras. Why should it know anything about internet security? Same story for Toyota and Volvo and co. They make cars – bloody good ones, too. Sure, they have a lot of electronics in them, but that's just standalone engine-management kit. Nothing to do with networks. Why should they be pilloried just because they know nothing about network security?

What's that? You've found an IDC report from last October saying the Internet of Things would produce $8.9tn in sales by 2020. So the IoT has "lost" $1.8tn in eight months? Well, yes, I have to agree it doesn't look good, especially for the Next Big Thing, but, hey, what's $1.8tn between friends when we're talking about the future of civilisation? And no, I don't think thatWilliam Goldman's crack that "nobody knows anything" has any relevance here. He was writing about Hollywood, for God's sake. We're talking about the tech business. Different thing entirely.