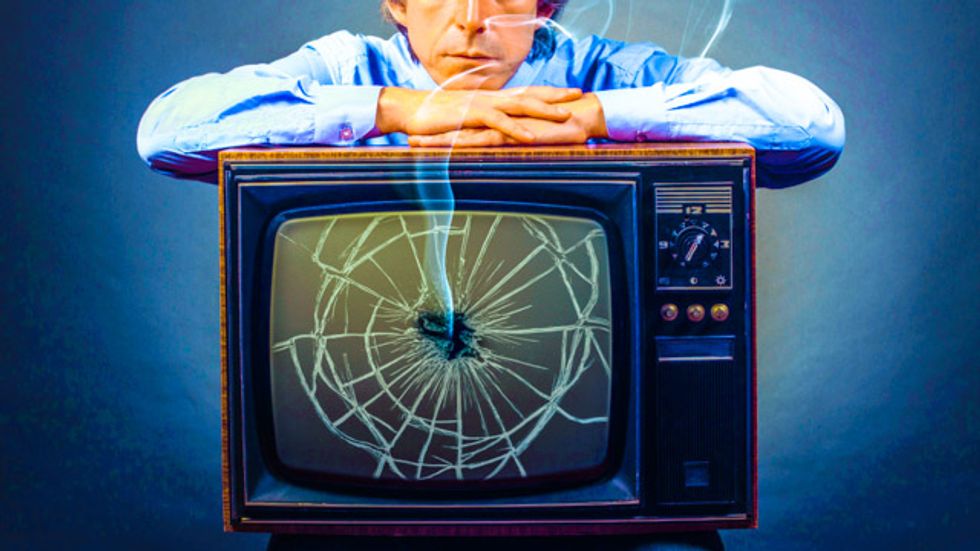 For years, the notion of on-demand, anywhere television has been slowly disrupting the traditional pay TV industry. Now it seems that streaming video has hit a watershed moment.

In the past week, HBO announced it would launch a standalone streaming service in 2015 to deliver hit shows like "Game of Thrones" and "Girls," directly to viewers without a cable or satellite subscription.

That was followed quickly by CBS, which said it was offering a Web-only subscription service, bypassing the cable, for its shows like "NCIS," as well as its archive including "Star Trek" and "Twin Peaks."

Spanish-language broadcaster Univision is also set to make its shows available through a website and app, without cable, sources said.

Over the past few years, online services like Netflix, Hulu and Amazon have been gaining viewers at the expense of cable and satellite services.

But the entry of content powerhouses like HBO (a unit of Time Warner) and CBS change the landscape because they bring new and popular shows that had not been available on streaming before, said James McQuivey at Forrester Research.

"It doesn't necessarily cannibalize the other streaming experiences but it creates a new focus for the viewer because it has the hit series, and that drives a lot of interest," McQuivey told AFP.

Jeffrey McCall, professor of communication at DePauw University, said these developments show the TV industry is increasingly moving toward the on-demand, online model.

"We're not there yet, but these announcements show we are headed in that direction," McCall said.

"For CBS and HBO, there's no need to deal with cable companies. When they put their content over the Internet, they can reach consumers on their own terms."

This means an acceleration in "cord cutters" in the cable industry and could force the providers to break up the expensive "bundles" consumers are forced to buy when they want popular channels like HBO or sports channel ESPN, said McCall.

Roger Kay at Endpoint Technologies said the new trend is "scaring the carriers" such as Comcast, the dominant cable provider, which fears the hugely profitable cable system will turn into "dumb pipes."

"There's going to be a recomposition of video content distribution... separating the pipe from the content," Kay said.

According to the research firm SNL Kagan, US cable and other traditional pay TV firms lost some two million customers in 2013.

Roughly 84 percent of US households subscribe to pay TV, according to Leichtman Research, but that has been slowly falling since 2010.

Leichtman surveys shows 22 percent of those who move don't get a pay TV subscription at their new residence, with 11 percent of those without a cable or satellite package saying they can manage with digital services like Netflix.

McCall said that with increasing services online, "people can find enough stuff and not pay for 100 channels they don't want."

This trend has been gradually increasing, and McCall expects a "major shift" within 10 to 15 years.

"Consumers can get out of these huge cable packages and create and their own online a la carte programming," he said.

But McCall said big conglomerates like Comcast -- which owns NBC and which is seeking to merge with Time Warner Cable -- can survive by offering both content and distribution.

"They're not trying to accelerate cord cutting," because of the large number who are still on the cable bundle, said Macker.

"I don't think it's really a competitor to Netflix, I think it's an additional channel."

Still, he noted that others like HBO rival Showtime would likely follow the trend, aiming at some 10 million US home with broadband Internet but not pay TV.

McQuivey said one thing holding back the move to online TV is the availability of live sports such as NFL football and NBA basketball.

"As long as people can't get sports any other way, they will keep the existing pay TV model," he said.

"The pay TV model will decline a little more sharply but it is not going to disappear."

At some point in the coming years, said McQuivey, consumers will have a greater ability to break free from expensive cable bundles" and select the channels and content they want.

"It doesn't necessarily mean consumers pay less. They might pay more, but they would like it if they could have access to everything on HBO and everything HBO ever aired," he said.

Over time, the industry will adapt to give consumers what they want.

And because cable firms are losing their grip, it gives program producers more options.

"I think we're going to see a rise in independent production without having distribution secured," he said.

"I think we'll see an explosion of great programming."