Game reviewer strikes back at male stalkers with a brilliant new ploy: Telling their moms 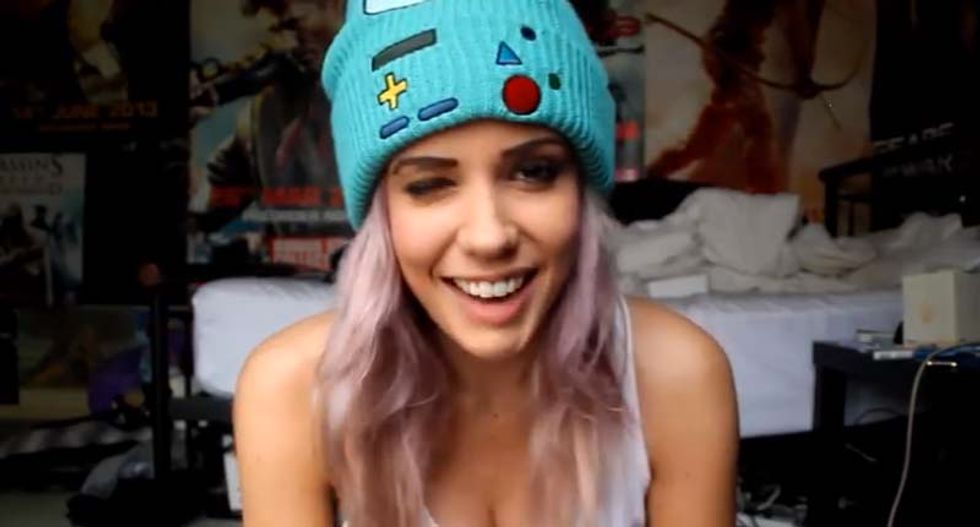 Tired of harassment, rape threats, and obscene commentary from gamers stalking her on Facebook and Twitter, a female Australian  game reviewer for digital TV show Button Bash is striking back at her harassers in a new way: Telling their moms.

Alanah Pearce, who tweets under the name, @Charalanahzard, posted a recent exchange she had with the mother of one such stalker who was threatening her on Facebook.

While many other women have reported rape and murder threats to the police and FBI -- sometimes having to leave their homes and go into hiding -- or had their personal information exposed online, the 20-year-old Pearce is using her social media skills to track down the profiles of the angry gamers and fighting back.

Under a tweet reading, "Sometimes young boys on Facebook send me rape threats, so I've started telling their mother," Pearce shared an exchange she had with the mother of one young man that began, "Hi Anna, I Don't know you but I was wondering if [redacted] is your son?"

In an interview with The Guardian, Pearce responded to a story from 2012 where a Twitter user tracked down a harasser and received an apology. "That would be a perfect resolution,” said Pearce, telling the Guardian that she believes the harassment she’s been receiving is directly related to the Gamergate controversy.

Later this afternoon, Pearce tweeted that she wasn't entirely comfortable attributing these specific threats to gamergate, writing," Yeah. I'm not comfortable suggesting that this is related to GG. There's no indication of that."

Pearce has not posted any more exchanges with mother on whether her young stalker has apologized or has been given a timeout from playing Call of Duty: Advanced Warfare.

EDITOR'S NOTE: Pearce previously said that Gamergate activists were behind her harassment, but then told the Guardian that she changed her mind about that. We have changed the headline to reflect her change of heart.