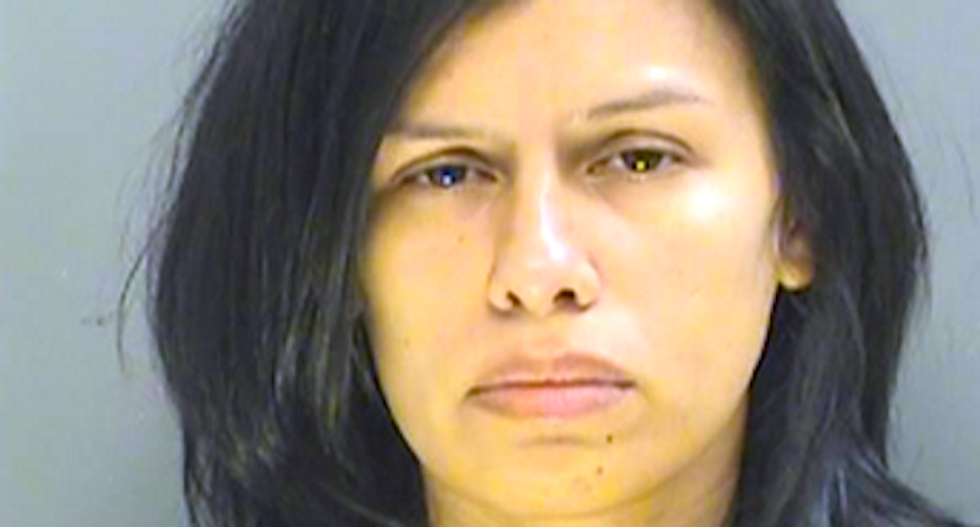 A Texas woman who was active in the open carry and anti-war movements has been charged with capital murder in the fatal shootings of her estranged husband and stepdaughter.

Police were called Wednesday to perform a welfare check at an Arlington home, where they found the bodies of two adults.

Authorities said they were then notified that 35-year-old Veronica Dunnachie was on her way to Millwood Hospital, a mental health and substance abuse treatment facility, where officers arrested her.

Dunnachie, who was not injured, had lived at the house where the bodies were found but had reportedly moved out after filing for divorce in October.

According to an affidavit, Dunnachie called a friend and said she'd shot and killed her husband, Russell Dunnachie, and his adult daughter from a previous relationship.

The couple's three children, who are all younger than 8 years old, and Veronica Dunnachie’s 17-year-old son, who did not live at the home, are safe, police said.

Veronica Dunnachie was active in the Open Carry Tarrant group, whose president, Kory Watkins, has been accused of interfering with police while videotaping their actions, and also participated in anti-war marches.

A photo posted May 23 on Open Carry Tarrant County's Facebook page shows Dunnachie carrying a holstered revolver in a parking lot, with the caption: "Momma didn't raise no victim!" 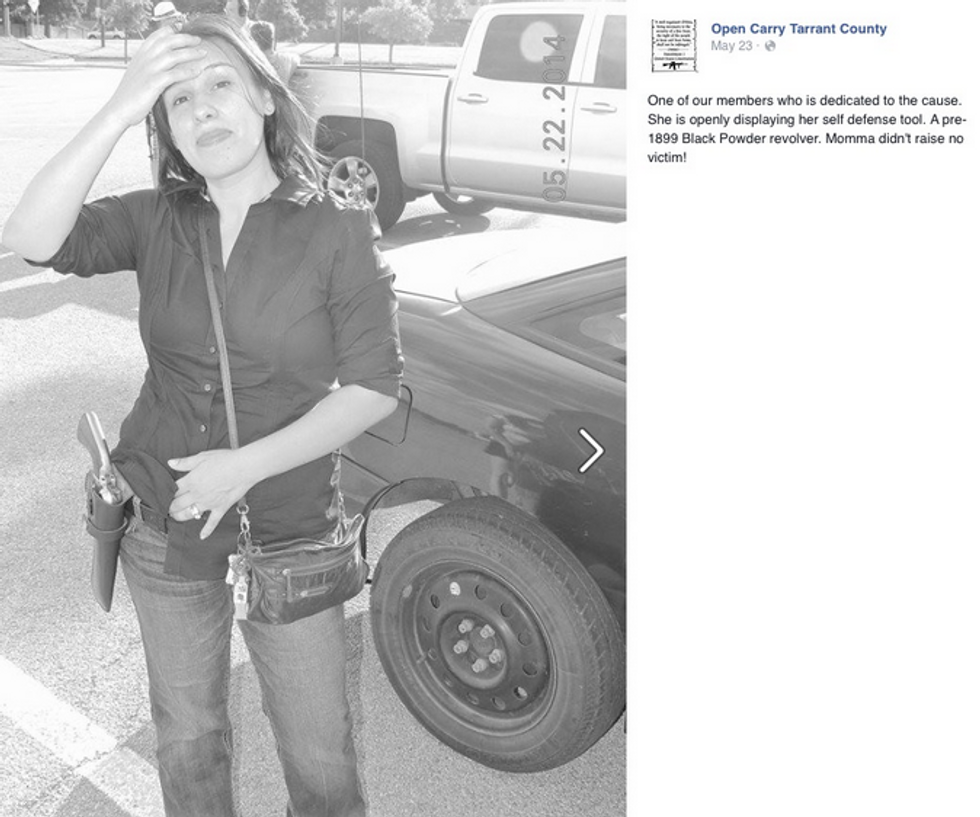 Her Facebook profile shows her taking part in an open carry demonstration in a store parking lot, wearing a Republican elephant jeweled necklace, and firing a military-style rifle.