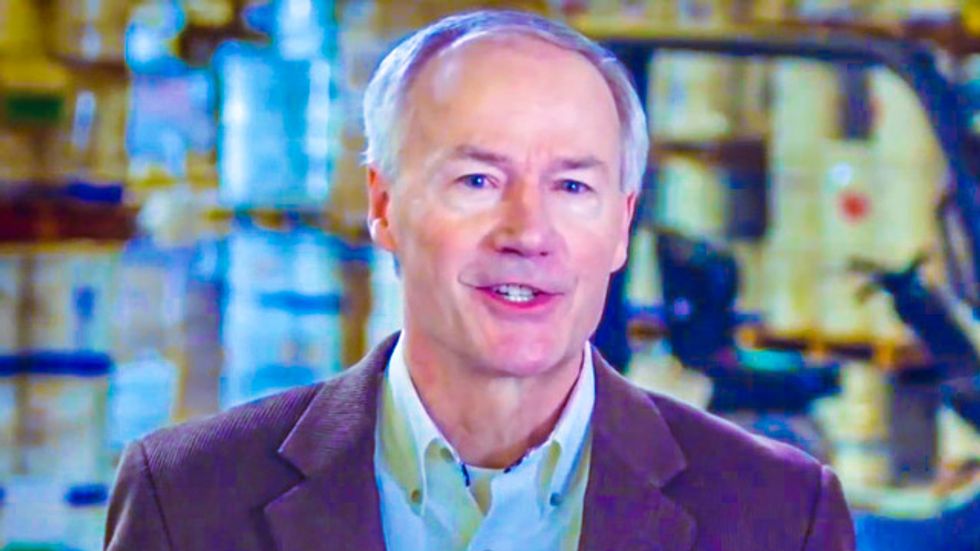 Arkansas Gov. Asa Hutchinson's (R) reported efforts to attract the tech industry to his state are at risk of being undermined by the advancement of a "religious freedom" bill.

"Apple is open for everyone," Cook wrote. "We are deeply disappointed in Indiana's new law and calling on Arkansas Gov. to veto the similar #HB1228."

The Arkansas measure, known as the "Conscience Protection Act," passed in the state Senate on Friday in a 24-7 vote. It now goes back to the House for passage. The bill's sponsor, state Rep. Bob Ballinger (R), said it would impose "strict scrutiny" on the state for it to infringe upon someone's religious beliefs. Hutchison has indicated that he would sign the bill into law.

But the bill has drawn widespread criticism for opening the door to discrimination against the LGBT communities, much like Indiana's "Religious Freedom Restoration Act" and Arizona's Senate Bill 1062, which was ultimately vetoed by Gov. Jan Brewer (R) amid national scrutiny.

The Arkansas Times reported that the head of the review site Yelp, which draws $380 million in annual revenue, Jeremy Stoppelman said his company would no longer add jobs in the state in response to HB 1228's passage.

It would be "unconscionable to imagine that Yelp would create, maintain, or expand a significant business presence in any state that encouraged discrimination by businesses against our employees, or consumers at large," Stoppelman said in his statement.

The HRC will run a full-page ad in the San Jose Mercury News on Sunday calling the state "closed for business due to discrimination" and asking readers to call on Hutchison to stop the "vicious" bill.

"Arkansas wants your business, but at what price?" the ad reads. As of 2011, the Mercury News' Sunday edition had a subscription of more than 600,000 readers.

The ad can be seen in its entirety below:

While nearly 20 other states have enacted similar legislation, the passage of SB 101 in Indiana brought with it renewed focus on the issue. Gov. Mike Pence (R) and Indiana Republicans have seen both criticism and multiple boycott threats this week after pushing the bill through.