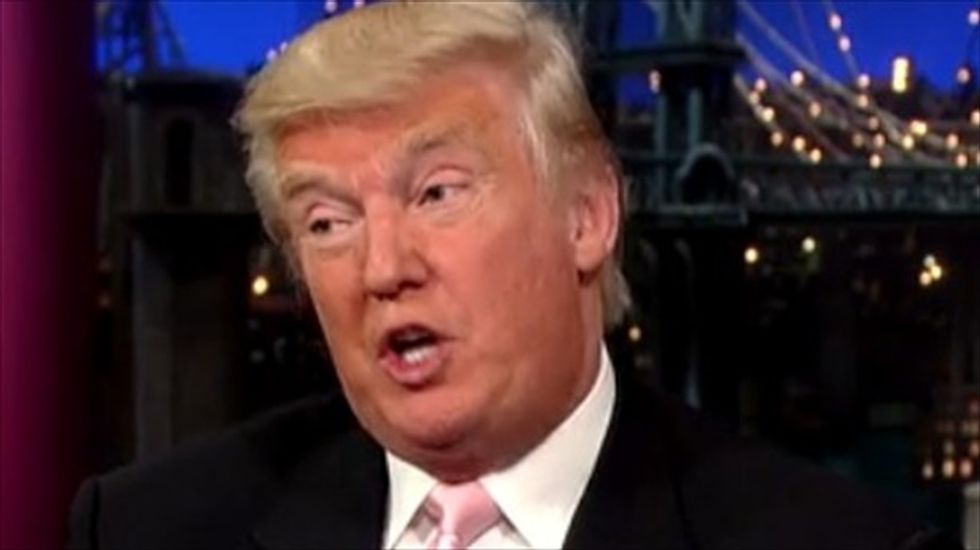 In a rare moment of self-censorship, business man and reality television star Donald Trump deleted a sexist tweet about former Secretary of State Hillary Clinton from his Twitter account, blaming the offensive post on an unidentified staffer, reports the New York Daily News.

The possible contender for the 2016 Republican Presidential nomination is well-known for tweeting outrageous comments on his account, but Thursday's tweet crossed a line with quite a few followers leading to the backtracking.

On Thursday, the verified Twitter account of Trump, posted a retweet of a comment from Twitter user @mplefty67’s stating, “If Hillary Clinton can’t satisfy her husband what makes her think she can satisfy America?”

The apparent reference to former President Bill Clinton's marital infidelity while in the White House didn't sit well with Twitter followers or commentators, causing the bombastic business man to delete the post and issue a disclaimer through a representative.

According to a Trump spokesperson, “It was retweeted by one of 10 staff members” who handle Trump’s social media. “As soon as Mr. Trump saw the tweet, he deleted it.”

In subsequent tweets, Trump did not apologize or mention the deletion.

The tweet, which was preserved by @Lennyjacobson, can be seen below: