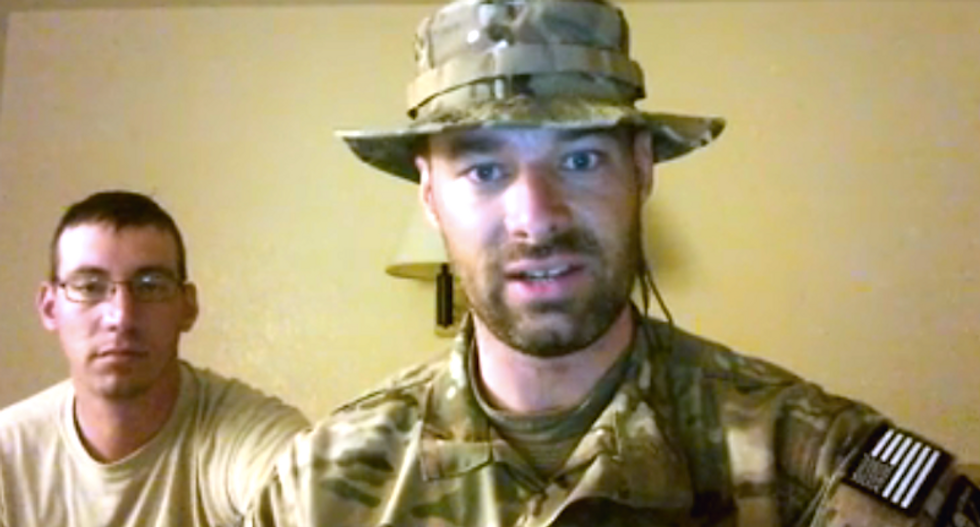 The owner of a southwestern Oregon mining claim embroiled in a land-use dispute with federal authorities asked militia groups Thursday afternoon to stop sending volunteers to back him against government agents.

"We don't need any more volunteers, we're not under attack, this is not the Bundy Ranch," said Rick Barclay, co-owner of the Sugar Pine Mining Claim, told the Mail Tribune. "Please stop calling the BLM and threatening their personnel."

The claim’s owners contacted the local Josephine County Oath Keepers chapter after the U.S. Bureau of Land Management ordered them to file a plan of operations for the gold mining activities or remove all their equipment by April 25.

BLM officials said they have no record of an active mining claim because claims are invalidated when they change hands, and the claim owners have 30 days to file their plans or appeal the decision.

Barclay said he and co-owner George Backes feared the BLM would remove or destroy their equipment before they had a chance to appear in court, so he contacted the pro-gun group made up of current and former law enforcement and military personnel.

The Oath Keepers issued an action alert, which was shared across social media by militia groups and other like-minded organizations, and armed volunteers carrying survival gear began showing up anticipating a possible government showdown.

Some of the same groups and individuals who backed Nevada rancher Cliven Bundy in his armed dispute with the BLM set up a staging area on private property near the mining claim – creating what Barclay called a “circus.”

"What you're seeing is mostly a spectacle caused by social media and 'keyboard commandos' whooping it up," he said. "A lot of the stuff going around on social media is absolute bullsh*t."

Militia members, however, continue to call on social media for more volunteers to join them in Oregon, warning that the mine owner’s “stand-down” order was reported by untrustworthy “mainstream media” organizations.

“We need people, so get down here – and we need press,” said Blaine Cooper, an Arizona State Militia member who arrived earlier this week. “We need people to come in here, we’re going to give these people a fair shot, because it could mean their life.”

“The BLM is not to be trusted, as we have seen their track record is not good at all,” Cooper said in a Facebook video posted early Friday. “They have burned down people’s cabins out here, okay? So they’re tyrants – period, so we need your help, America.”

The local Oath Keepers chapter is not discouraging additional volunteers from joining them, but they posted a message warning that the situation was “NOT a standoff with the BLM.”

“We are NOT promoting any confrontation with BLM,” the group said on its webpage. “This is a security operation for the protection of Constitutional Rights. If you have a different agenda outside of the above peaceful mission statement, we dont need your assistance. Please DO NOT make any type of threatening phone calls to the local BLM or USFS as it undermines our mission, professionalism and is unwarranted.”

One of Bundy’s supporters, 24-year-old Will Michael, pleaded guilty this week to making threatening phone calls to BLM agent Mike Rooper – who received at least 500 such calls from the rancher’s sympathizers.

Watch a Facebook video posted by a militia member calling for additional volunteers: