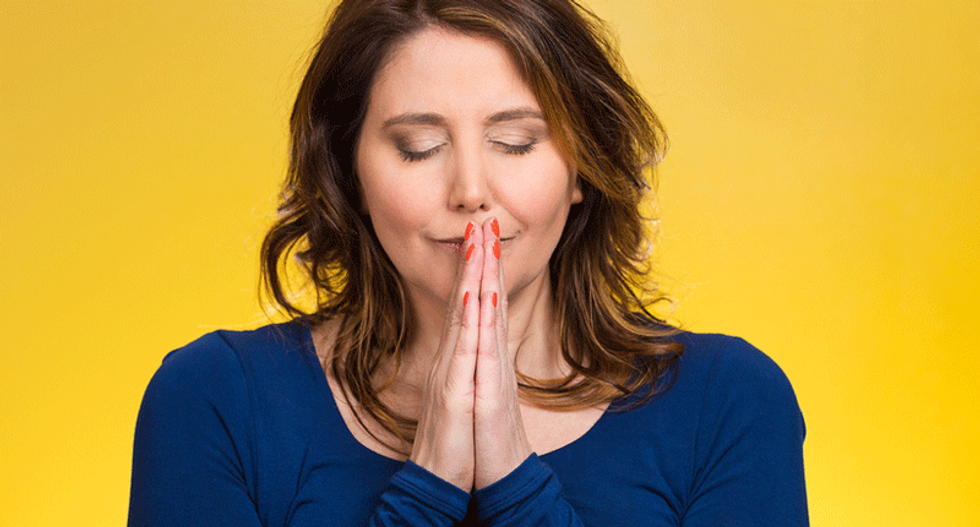 Mega-family superstar, Josh Duggar, has resigned his position as lobbyist for the Family Research Council after In Touch Magazine published a police report confirming that JimBob and Michelle Duggar of TLC’s “19 Kids and Counting” fame’s oldest son confessed to molesting several female minors in 2002 - 2003.

According to the 2006 police report, Duggar family patriarch, JimBob actively covered up Josh’s confession and neglected to notify authorities or provide professional help for Josh and/or his victims. To make matters worse, Josh’s pregnant wife, Anna Duggar, believes her husband is a changed man and continues - along with the couple’s three young children - to live with an admitted child sex offender. And to top it all off, the Duggar family publicly declared that God used the tragic situation to draw their family closer to Him.

Jesus Friggin’ Christ, what a mess! As a former Quiverfull believer, I recognize in this Duggar family debacle several essential beliefs which are widely held amongst fundamentalist Christians which shackle True Believer’s™ common sense to an outdated and irrelevant god-myth and seriously impair their ability to make sound moral choices.

Michelle and JimBob Duggar take very seriously the Evangelical “pro-life” teachings which have influenced the couple to have way too many children:

God allows or causes miscarriages. One of the key verses from which fundamentalists get their “Choose Life” catch phrase comes from a passage in Deuteronomy 30 which promises God’s blessing for the faithful. The blessing which God promises is a multiplication of crops, cattle, and children. The passage also warns of judgment and curses for those who disobey: specifically, God promises death … including death of “thy seed”, i.e., miscarriage and stillbirth.

When Michelle’s second pregnancy ended in miscarriage, the Duggars believed that God must be displeased with them and concluded that it was their use of oral contraception which made The Big Guy so mad. So they tossed out the birth control in favor of “trusting the Lord with their family planning.”

Birth control is sinful. Another common teaching in Evangelical churches is that hormonal birth control such as oral contraception causes “micro-abortions” and early miscarriages (which believers also consider abortions). Many Christians take this a step further to say that ALL forms of birth control, including Natural Family Planning are sinful because controlling a woman’s fertility is tantamount to “playing God,” by thwarting The Big Guy’s prerogative to determine when and if a new soul with potential for eternal life comes into existence.

It is this belief which drives the unbridled proliferation of Duggar babies: 19 kids of their own, and, now that the older children have married, in JimBob’s words, “The multiplication process has begun.”

In 2002, when the alleged molestations occurred, JimBob and Michelle had 14 children aged 14 and under. Is anyone surprised that young Josh was not supervised adequately to prevent his access to five young girls? As a former Quiverfull mom who birthed 7 children in 17 years, even I cannot imagine how overwhelmed and ill-equipped Michelle must have been simply keeping up with the basic maintenance of her young brood. It’s no wonder she wasn’t attentive enough to her children to know what Josh was doing, practically under her nose, for years.

I am in no way making excuses for Michelle’s negligence. My point here is to say that contemporary evangelical Christianity sets “biblical families” up for this sort of disaster. Let me tell you more …

#2 - The Duggars believe that, under God, the FAMILY is the highest authority, particularly Daddy.

There is a teaching amongst Evangelicals in which matters of discipline must be addressed according to God’s order of authority which goes like this: God, Family (within the family, the Father has ultimate authority), Church elders, Church family, Extended family, All Like-minded believers, Satan, and finally (maybe) … the Civil Magistrate.

This explains why, according to the police report, JimBob Duggar’s first response when he learned of Josh’s sexual crimes was not to call the police or social services. Instead, the Duggars decided to handle the situation “in-house,” and later consulted with the elders in his church. The Duggars sent Josh to a program that involved hard physical labor and “counseling” by an untrained family friend. Even when JimBob and the church elders did eventually take Josh to the “civil magistrate,” they only paid a visit to an Arkansas State Trooper, Jim Hutchens, a personal friend of the Duggars who gave Josh “a very stern talk” and took no official action.

Here’s why fundamentalists only consult law enforcement officials as a last resort:

#3 - The Duggars frame dysfunction, abuse, and psychopathology in terms of sin, repentance, forgiveness, and grace … oh, and DEMONS.

Like the majority of fundamentalist Christians, JimBob and Michelle harbor a grave mistrust of pretty much every respected, evidence-based approach to behavioral issues: secular psychology is “spiritually dangerous,” modern medicine, therapy, and pharmaceuticals are equated with “witchcraft,” and abusive, criminal behavior is often attributed to “a heart issue,” or even demonic influence or possession.

The sad fact is, the Duggar family called Josh’s sexual abuse of minor girls a “teenage mistake” and they naively believe that because the boy repented, humbled himself before God, and asked forgiveness, God’s “grace, mercy, and redemption” have changed Josh into a new man who can be trusted not to molest minor children.

Anna Duggar, Josh’s wife and mother of his three young children (with another baby on the way), is standing behind her husband, calling him, “a man who knows how to be a gentleman and treat a girl right.”  Apparently, her immersion in Christian culture influenced Anna to interpret the revelation of Josh’s “past mistakes” (which she says he confessed to her and her parents two years before he proposed to her) through the “sin, forgiveness, and redemption” narrative rather than giving credence to the prevailing understanding that sex offenders rarely (never?) change.

Christians who trust in repentance and forgiveness of sins when it comes to abusive situations will PRAY for the abuser rather than PROTECT the abuse victim.

According to the Duggars, female bodies are a source of irresistible temptation to boys and men. Upon learning of their oldest son’s fondling and groping of the younger girls, JimBob and Michelle’s first reaction was undoubtedly to question the girls’ - as well as their own - culpability rather than immediately believe it was Josh himself who has a problem.

Did the girls, however innocently, run around the house in their nightgowns? Had Michelle failed to keep the bathroom door closed when the little girls were bathing?

Was 14-year-old Josh actually responsible for his behavior? Strange as it may seem, JimBob and Michelle would definitely have had serious doubts as to whether or not their son could help himself. Rather than recognizing immediately that Josh needed professional help, the Duggars were more likely to believe that demonic forces were at work … the Devil made him do it.

#5 - The Duggars believe that a benevolent God is intimately involved in every aspect of their lives and He is working all circumstances out for their ultimate good.

JimBob and Michelle Duggar live in a fantasy world of their own making, and they believe that, just like in the fairy tales, they all will live happily ever after. While confessing to not being a perfect family, and admitting their family faces challenges and struggles every day, the Duggars are convinced “that dark and difficult time caused [the family] to seek God like never before,” which in their minds, means the molestation really wasn’t so bad, and in fact, has turned out to be a kind of blessing in disguise since each one of them “drew closer to God,” as a result of “something so terrible.”

According to the “eternally happy ending” story which the Duggars are telling themselves, the little girls whom Josh allegedly groped and fondled are not victims or even survivors of sexual abuse, but are instead equated with the “highly favored” Old Testament Joseph whose brothers sold him into slavery: What Satan meant for evil, God used for good.

Suffering in this life is insignificant - even trifling - compared to the faith-strengthening and soul-saving purpose of trials which will be richly rewarded with eternal life in Heaven … so praise the fucking Lord for whatever misery He sends to you and your children.

The Duggar delusion is so deeply ingrained that even in the midst of this horrifying revelation, JimBob and Michelle are hoping that the onlooking world will be inspired by their family’s witness: “We hope somehow the story of our journey — the good times and the difficult times — cause you to see the kindness of God and learn that He can bring you through anything.”

Um … no, JimBob and Michelle, I don’t see the kindness of God. All I see is the most twisted and insidious spiritual abuse which minimizes, rationalizes, and even glorifies the sexual assault of children.

Stop. Please, just stop. Quit trying to spin this situation into a pretty story. Do not attempt to salvage your “Reality” TV program. Go home and “focus on your family”: get some legitimate, professional help for yourselves and your children. You have a quiver full of kids counting on you to stop the delusion and self-deception. For their sakes, do not allow your legacy to be the prolific multiplication of mania.

Vyckie Garrison is a former adherent of the Quiverfull movement. She tells her story at her blog, “No Longer Quivering,” and has created the Spiritual Abuse Survivior Blog Network.