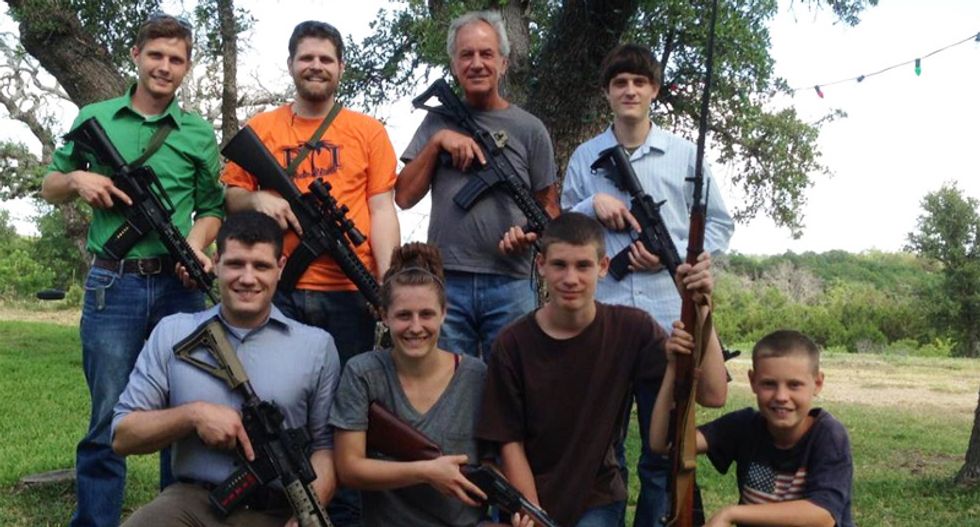 Responding to criticism of the Christian "Quiverfull" movement, the wife of a Texas pastor who promotes the "be fruitful, and multiply" philosophy, took to Facebook to explain that admitted child-molester Josh Duggar was "playing doctor" as a teen and should be "left alone to live a good life."

The conservative fundamentalist Quiverfull movement sees children as a blessing from God and promotes constant procreation, eschewing all forms of birth control.

In her rant on Facebook, Carrie Hurd, wife of Heritage Covenant Church Pastor Patrick Hurd, blasted Quiverfull critic Vyckie Garrison for being critical of Duggar, and Christians in general.

Despite having her own Facebook account, Hurd used her husband's account to address Garrison and defend Duggar who stepped down from his position with the Family Research Council after it was revealed that he molested five young girls -- including his sisters -- when he was in his teens.

"Vyckie, this is actually Pat's wife, Carrie. You women want parity in the board room and you want equal wages all the way up the ladder, but when it comes to taking responsibility and being equal in other areas, it is always the man's fault or responsibility. How many women bait, hit first, but are seldom arrested for abuse.............?" she wrote.

She then compared the then-14-year-old Duggar's actions to children "playing doctor."

"When I was a kid, it was often called 'playing doctor', there were just as many girls initiating this kind of behavior as boys. Most of those never went on to perp horrible things, " she explained. "The Duggers, who I have never watched--am not a fan, did it properly and the 14 year old boy should probably be left alone to live a good life, just like girls who do the same thing."

Like the Duggars, the Hurd family is part of the Quiverfull moment, with eleven children -- a far cry from the Duggar's nineteen.

Hurd then criticized Garrison for "trolling" the news for stories critical of Christianity, and suggested she go to Iraq to "fight ISIS."

"You troll the news for any little Christian misbehavior. Get a life! Go to Iraq and fight ISIS if you are seriously worried about women being treated well by men and society."

Additional information on the Quiverfull movement can be found at No Longer Quivering, written by former member Garrison who was recently named "Atheist of the Year" by the American Atheist Association.