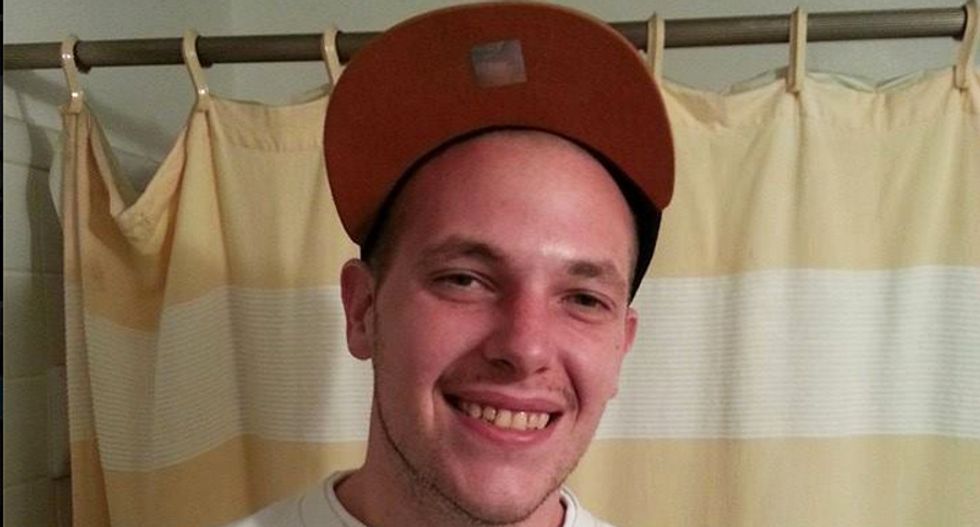 The Georgia educator whose rant about black people walking out when they thought a graduation ceremony had ended went viral over the weekend has apologized and blamed the devil for making the words "come out of my mouth."

However, at the same time that Nancy Gordeuk was apologizing, her son threw gas on the fire by using "n****rs" in a Facebook tirade while defending his mom, reports the New York Daily News.

Footage of the event at TNT Academy showed Gordeuk criticizing crowd members after she mistakenly ended the ceremony before the valedictorian made his speech.

“You people are so rude to not listen to this speech,” Gordeuk said, as the unidentified valedictorian, a white person, stood near her while people filed out. “It was my fault that we missed it in the program. Look who’s leaving, all the black people.”

The video of the incident went viral after being posted on social media by a person Gordeuk accused of being a "goober" and a "coward," leading the educator to apologize and ask for forgiveness.

“The devil was in the house and came out from my mouth. I deeply apologize for my racist comment and hope that forgiveness is in your hearts,” Gordeuk wrote in an email to parents of students at the private school.

Her son Travis, responded quite differently on his Facebook page, challenging people to a fight for criticizing his mother and writing: "Yall n*****s aren’t talkin about sh*t so if u got somthing [sic] to say come see me face to face.”

Travis Gordeuk later deleted the posts from his Facebook account, but not before the Daily News was able to take screen shots of them, seen below.

Gordeuk did replace the posts with a Mother's Day greeting and an apology of his own, writing: "I hope everyone had a great mothers day and to everyone tgere [sic] are ppl hating getting on my page and posting shit so Imm [sic] sorry in advance if it happrbx [sic]." 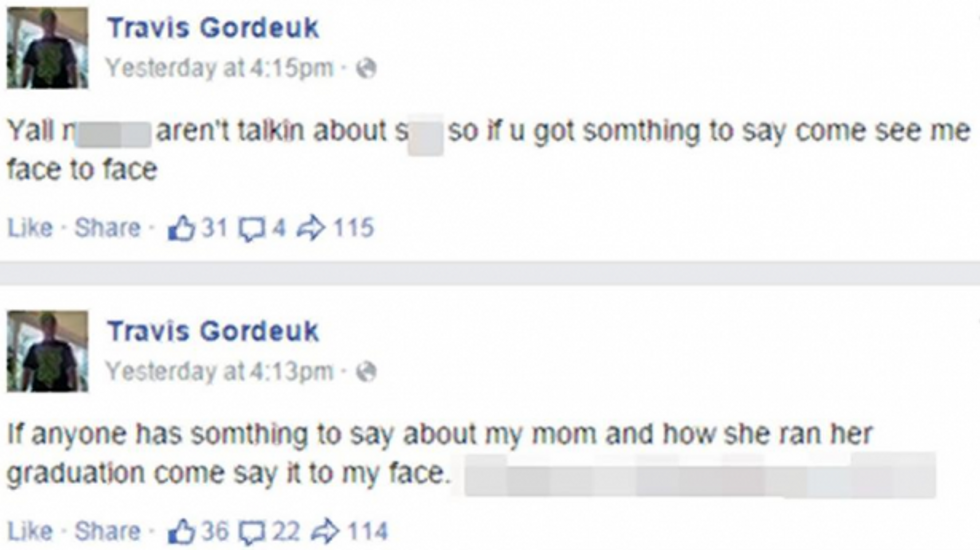