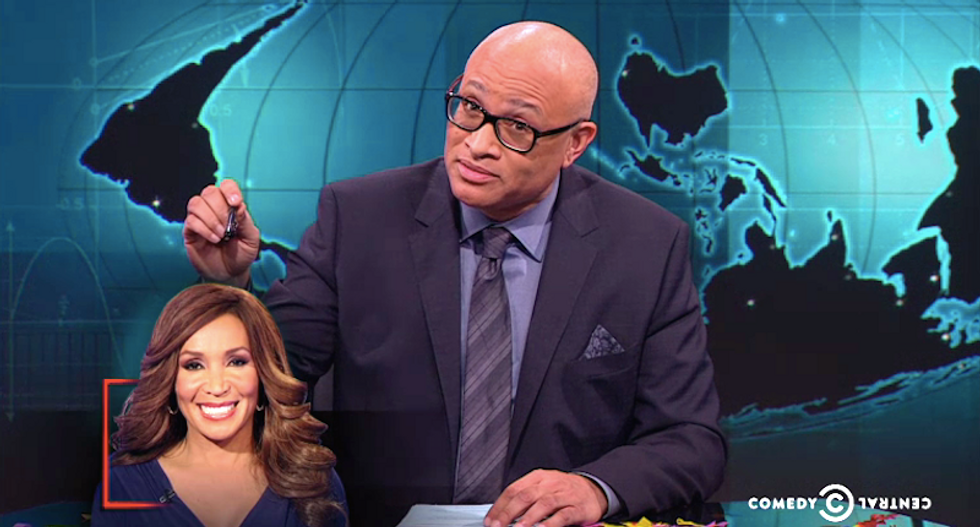 Fox News contributor Angela McGlowan said Tuesday that the First Lady and her husband owed their electoral success and admission to Ivy League colleges to white guilt and affirmative action.

He compared the President Barack Obama to his predecessor, George W. Bush.

“You know what affirmative action is? When a coke-snorting, alcohol-guzzling son of a CIA director DUIs his way into Yale and ultimately into the Oval Office because his daddy was in both places,” Wilmore said. “That’s affirmative action.”

The Nightly Show host was baffled that McGlowan was angry that a black woman who “started at the bottom” had gone on to become First Lady, and he wondered whether Fox News had any more “black on black lady crime.”

Wilmore played a clip of Fox News contributor Deneen Borelli describing the commencement address as a “wasted opportunity” to inspire students and tell them, “if I can do it, you can do it, too.”

“Just because you say words, it doesn’t mean that they’re true,” Wilmore said. “One way of finding out is by watching what she actually said.”

He played a lengthy clip of the First Lady offering the sort of religiously tinged, inspirational advice that conservative critics wished she had given.

“If you stay true to who you are and where you come from, if you have faith in God’s plan for you, then you will keep fulfilling your duty to the people all across this country,” Michelle Obama said. "You’ll be flying through the air, out of this world – free. God bless you graduates. Can’t wait to see how high you soar.”

Wilmore mocked the conservative reaction to most anything the First Lady does or says.

“That Michelle Obama is so racist!” he said, smirking. “She makes me sick.”