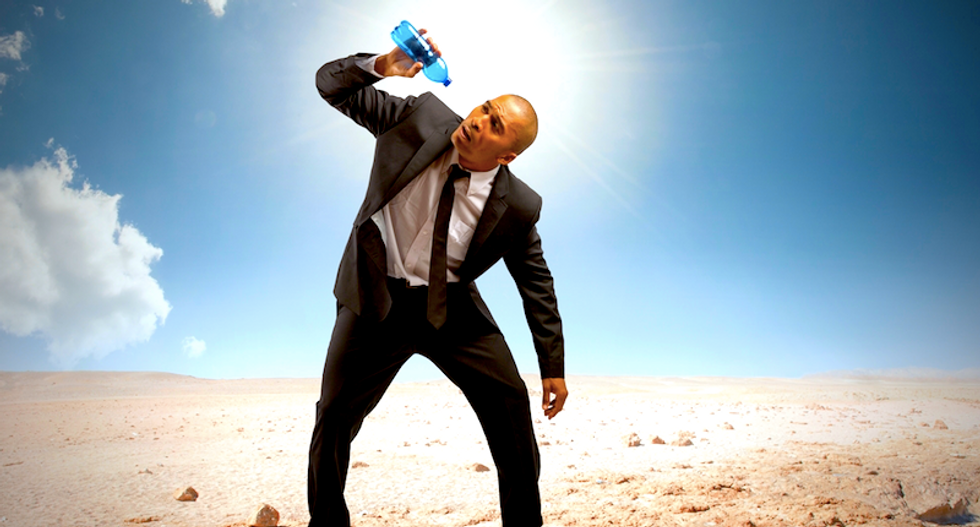 Nestlé’s chief executive officer said he would not consider moving his company’s bottling operations out of California – which continues to struggle through a historic drought.

The corporate official said Nestlé would not follow Starbucks and stop drawing water from wells in the state – where personal use has been limited – and move elsewhere, reported KPCC-FM.

“Absolutely not,” said CEO Tim Brown. “In fact, if I could increase it, I would.”

Brown said the company’s water bottling operations serve a growing consumer demand – and he’s not willing to give up Nestlé’s market share.

"If I stop bottling water tomorrow, people would buy another brand of bottled water,” he said. “As the second largest bottler in the state, we’re filling a role many others aren’t filling. It’s driven by consumer demand -- it’s driven by an on-the-go society that needs to hydrate. Frankly, we’re very happy [consumers] are doing it in a healthier way.”

Jay Famiglietti, a hydrologist at NASA’s Jet Propulsion Lab, said the California water crisis is at least partly the result of a human behavior problem that could threaten water supplies in other areas.

The scientist, who also teaches Earth system science at the University of California-Irvine, said bottling water uses 30 percent to 50 percent more water than turning on the tap.

“An acre-foot [nearly 326,000 gallons] is enough water to supply an entire family for a year, Famiglietti said. “So in this time when we’re being asked to flush our toilets less and less, we have to ask the question: Is this really an environmentally, ethically correct thing to be doing right now?”

Nestlé chairman Peter Brabeck-Letmathe drew strong criticism two years ago, when he suggested that access to water is not a “public right" -- although he claims his views were mischaracterized.

The company announced this week that it was upgrading its Modesto milk factory so that it could reuse and recycle waste water generated in its operations.

“We have these cooling towers [for milk] that use water,” Brown said. “Previously, that would have been fresh water that we would’ve drawn out of the municipal supply. Now we can use our own water that had come previously from the milk. That water normally would’ve gone into the waste stream.”

"Regardless of whether we were in the bottled water business or not, we would need to be doing things like this to operate in a water-scarce environment," Brown said.