Paleo diet ignores basic evolutionary biology: 'We can eat foods our hunter-gatherer ancestors could not' 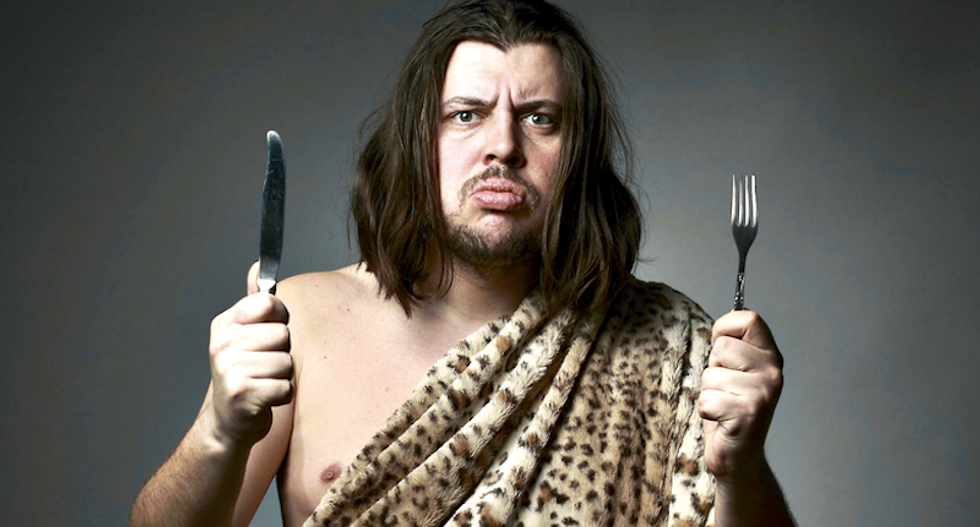 Scientists are speaking out against the paleo diet – saying the fad is based on a fundamental misunderstanding of how evolution works.

Marlene Zuk, an evolutionary biologist at the University of Minnesota, will present her findings Thursday at a dieticians conference in Australia.

“The Paleo diet is based on the idea that human genetics have not changed or evolved over the past 10,000 years, since the time before the use of agriculture," Zuk said.

"Plenty of evidence exists that our genes have changed over the last few thousand years, and these changes mean we can eat foods our hunter-gatherer ancestors could not,” she added. “The ability to digest milk is an example of this.”

Ironically, the paleo diet was popularized as “the optimal diet (for) which we are genetically adapted" by American scientist Loren Cordain.

However, Zuk said – no one knows enough about what early humans ate to effectively mimic their diet.

"Almost all of the foods available today are vastly different from the forms that our Paleolithic ancestors would have eaten," Zuk said. "This does not just mean ice cream, chips or even flour, but basics such as meats, fruit and vegetables."

Australian celebrity chef Pete Evans, star of the reality TV show “My Kitchen Rules,” is defending himself against critics who say his cookbook puts babies and children at serious risk with paleo recipes.

Practitioners of the trendy diet eat as they imagine humans’ ancestors might have during the Paleolithic, or Stone, Age – which occurred about 2.6 million to 10,000 years ago – and avoid dairy, agricultural products, and processed food.

Followers may be “happy with it and feel like they're healthy,” said Liz Kellett, president of the Dietitians Association of Australia – but they could be missing out on key nutrients such as fiber and calcium.

That could actually create long-term health problems, experts said, rather than solve them.

Teenage girls are particularly at risk, because adolescence is when peak bone mass is attained to protect against osteoporosis later in life.

The diet, which is promoted by celebrities and through social media, largely eliminates foods that are the product of agriculture.

"The reason why some people think it's the best thing since sliced bread -- even though they don't eat the sliced bread -- is the fact that a lot of people actually do lose weight when they first go on it," said Jane Scott, a researcher at Curtin University. "That's because when you cut out your carbohydrates, the cereals and things, you actually cut out a lot of junk food and things which have lots of sugar. Out go the cakes, biscuits, pastries and snack foods."

Watch this video of Marlene Zuk's lecture posted online by The Daily Mail: