Rick Perry: Charleston massacre was an ‘accident’ caused by drugs -- not guns 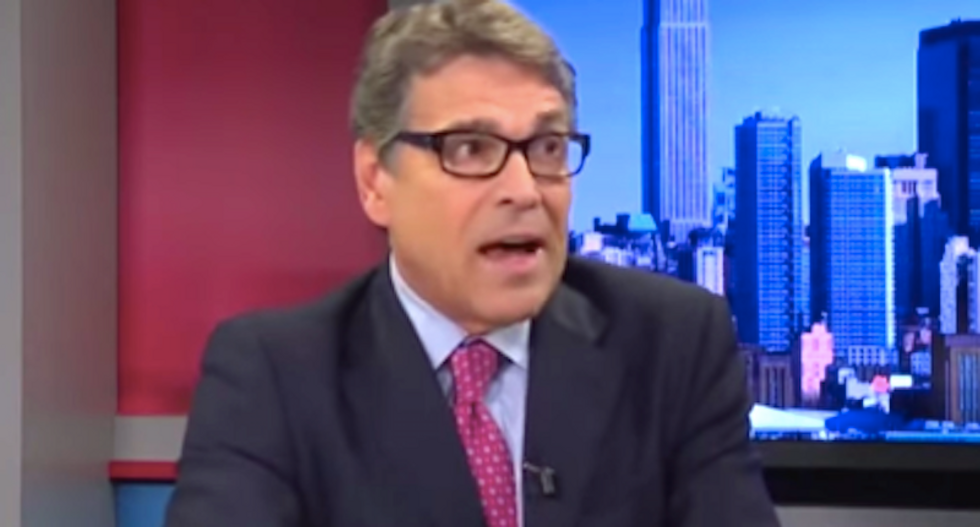 “This is the (modus operandi) of this administration, any time there is an accident like this,” Perry said. “The president is clear, he doesn’t like for Americans to have guns and so he uses every opportunity, this being another one, to basically go parrot that message.”

Malzberg, who on Thursday hosted a frequent Fox News guest who said whites would likely kill even more blacks if Obama keeps calling them racist, asked Perry whether the massacre was an act of terror.

“I don’t know, but I think the facts, once we get them – there were more people than that killed in Paris,” he said, stalling first and then changing the subject to the Charlie Hebdo attacks, which claimed 12 lives. “This was a crime of hate – we know that.”

He then changed the subject to prescription drug use – which he said may have been to blame for the massacre.

“It seems to me, again without having all the details about this, that these individuals have been medicated and there may be a real issue in this country from the standpoint of these drugs and how they’re used,” Perry said.