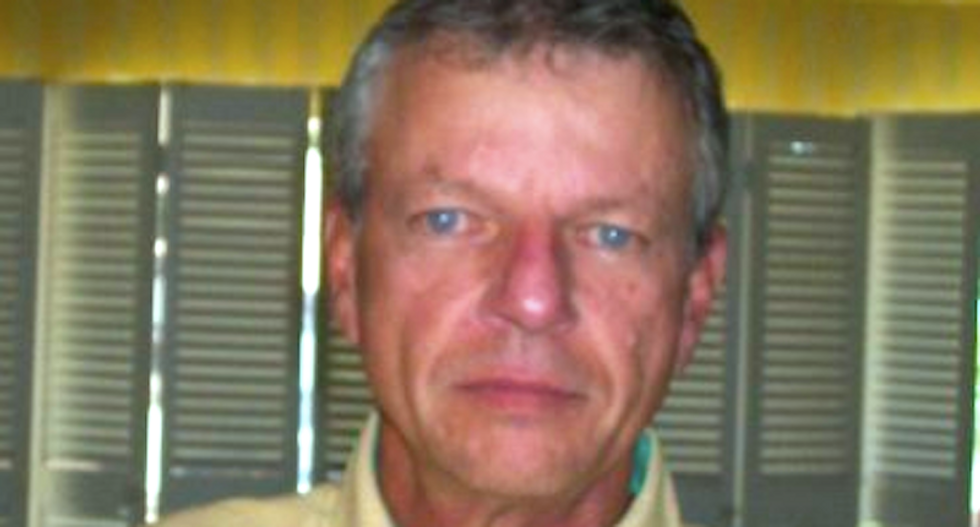 The gunman who killed two women and wounded nine other moviegoers in Louisiana had a long history of anger and violence toward women.

John Russell Houser, who fatally shot himself after police thwarted his apparent escape plans, appeared at least a dozen times on a television talk show in the 1990s, where he would make outrageous comments against women and feminism.

“Whatever he wanted to talk about, it would generate calls,” said Calvin Floyd, who hosted WLTZ-TV's "Rise & Shine" program. “He was anti-abortion. The best I can recall, Rusty had an issue with feminine rights. He was opposed to women having a say in anything. You could talk with him a few minutes, and you would know he had a high IQ but there was a lot missing with him.”

The 59-year-old Houser fired off 13 rounds, pausing to reload, during a screening Thursday evening of "Trainwreck," a comedy starring Amy Schumer that has been variously praised and criticized for its feminist themes about sexuality.

The gunman, who went by Rusty Houser, was estranged from his wife and daughter.

His wife, Kellie Houser, filed for divorce in March, about seven years after taking out a temporary protective order against her husband -- who she said suffered from a variety of mental health issues.

Kellie Houser said she called police on her husband in April 2008 after he became angry at his daughter for marrying "so young" and told her the wedding would not take place, although she said he did not make any specific threats.

Police said Houser, who was evicted from his home in March, had been previously married.

Floyd said he was not surprised when Houser, who argued against women in the workplace and advocated violence against abortion providers, was identified as the gunman.

“The association I had with him was for entertainment,” Floyd said. “He was very entertaining. He made for good TV and when it was over, you would leave shaking your head.”

He described Houser, who posted an article on Facebook about limiting women's participation in church, as an angry and radical person.

"He was on from time to time because he was a very radical person with radical views," Floyd said. "He was a Republican and then I would have someone with a real strong Democrat view on."

"His father was tax commissioner in the county," he added. "That's how I knew him, but I had him on my show because he was a very radical person."