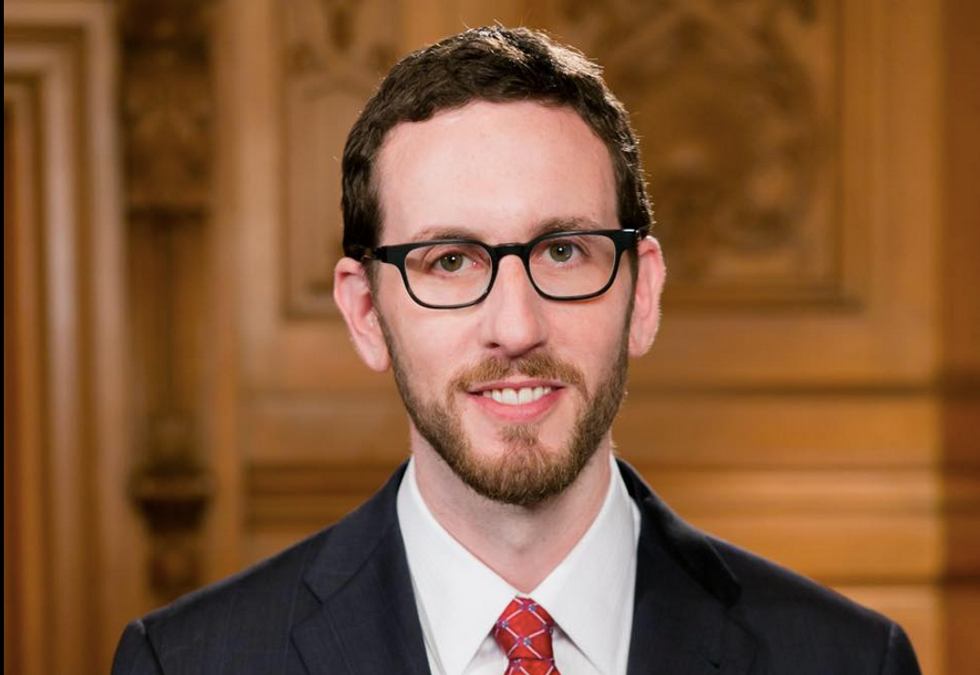 The San Francisco City Supervisor who shut down a Fox News producer's attempt to conduct an ambush interview outside his office spoke out on Wednesday about his and the city's frustration with being demonized by the Fox News "propaganda machine."

In an interview with Judd Legum of Think Progress, City Supervisor Scott Wiener said he is enjoying a rush of support from many people who saw the clip on Tuesday.

The response from fellow San Franciscans, he said, has been “overwhelmingly and enthusiastically positive. People are thrilled. There is such a deep seated frustration with Fox News and the fringe it represents."

Bill O'Reilly and other Fox News personalities have mounted a campaign to demonize the city of San Francisco as a hazardous no-go zone due to its "sanctuary city" policies towards the undocumented. In San Francisco, undocumented immigrants can access city services like police, firefighters and health care without fear of deportation or other government reprisals.

According to O'Reilly, Megyn Kelly and hundreds of "really extreme fringe hateful" commenters in Wiener's Twitter mentions, San Francisco city officials are therefore liable in the death of Kate Steinle, a blond-haired white woman who was allegedly murdered by an undocumented immigrant with a prior felony conviction.

Wiener told Think Progress that Fox is trying to “take advantage of a horrific crime to bash immigrants.”

The City Supervisor said that he is happy to speak to conservative media outlets, but not to Fox News, which he said is a "propaganda machine, nothing more and nothing less."