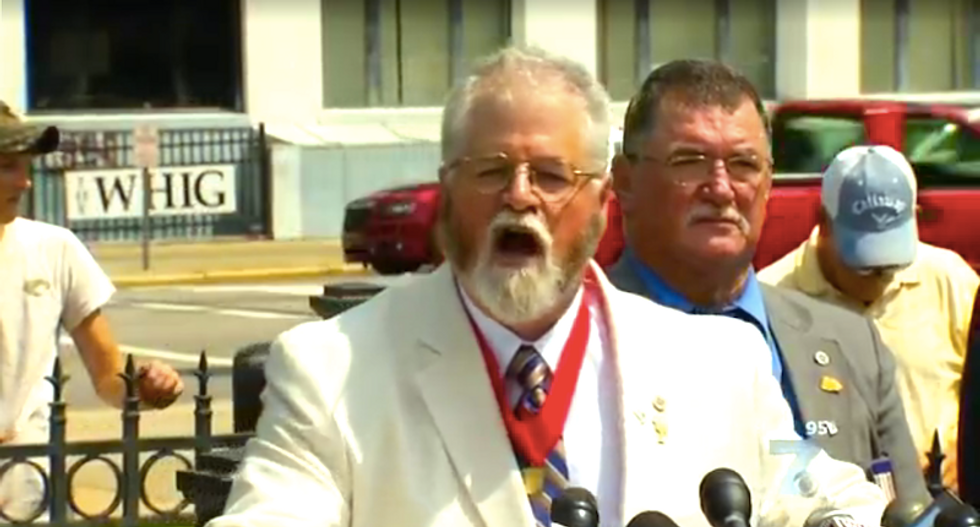 South Carolina removed the Confederate flag from the statehouse grounds in July, just weeks after a white supremacist gunned down nine black worshipers at a Charleston church.

But Confederate sympathizers will now help determine where and how the flag will be displayed, although no descendants of slaves will be asked for their input, reported Charleston City Paper.

The state is forming a group of nine to the Confederate Relic Room and Military Museum Commission to determine how to display the flag, and six of those members have already been appointed.

One of those members must be recommended by the Sons of Confederate Veterans and one other by the United Daughters of the Confederacy.

There are no requirements that any descendants of slaves should be asked for their input on how to display the Confederate flag.

Leland Summers, commander of the Sons of Confederate Veterans, was appointed to the commission by Senate President Pro Tempore Hugh Leatherman (R-Florence), who also named George Dorn and Voight Shealy, each of Lexington, to the commission.

Summers strongly opposed the removal of the Confederate flag that flew over the statehouse beginning in 1961 -- just weeks after 10 black students were arrested and quickly convicted for refusing to leave an all-white lunch counter in Rock Hill, S.C.

Summers, who said lawmakers had given the Charleston shooter the race war he wanted by removing Confederate symbols from government buildings, said he hopes to use his seat on the commission to at least partially undo those changes.

“I want to make sure that the flag is displayed (in) as prominent location as it can be," Summers said.

House Speaker Jay Lucas (R-Darlington), who has already appointed Roy Christie of Laurens and Sam Howell of Charleston to the commission, will allow the United Daughters of the Confederacy to recommend his third panelist.

Republican Gov. Nikki Haley has appointed Robert “Alex” Miller Jr. of Columbia as one of the three members she can name to the commission.

Watch Summers protest the removal of the Confederate flag in a video posted online by WSPA: