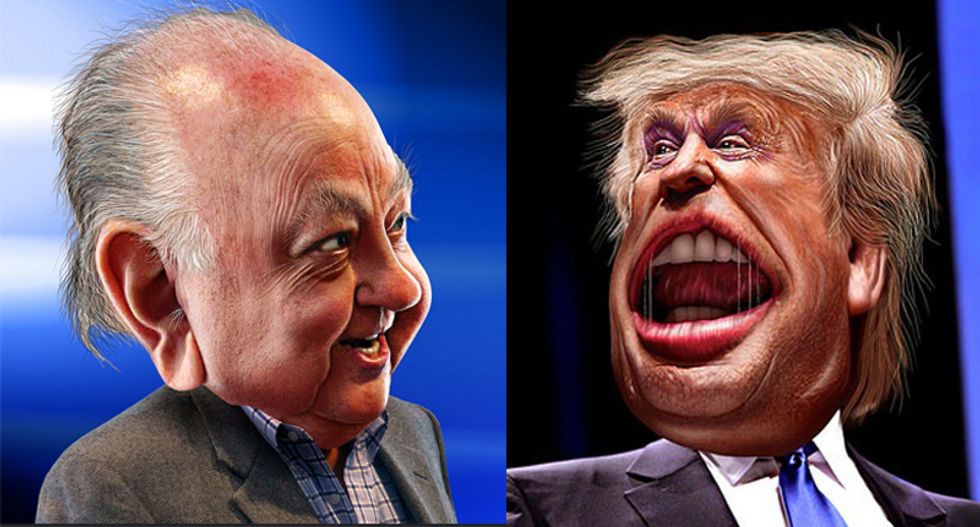 The head of  Fox News has agreed to meet with rampaging GOP presidential candidate Donald Trump to attempt to calm the waters after a guest commentator said he enjoyed seeing Tump have his "his balls [cut] off" by rival Carly Fiorina in last week's debate.

Wednesday night on The Kelly Files, National Review editor Rich Lowry expressed joy that Fiorina "cut his balls off with the precision of a surgeon," which infuriated Trump, who turned to Twitter where he blamed Fox News.

"@FoxNews owes me an apology for allowing clueless pundit @RichLowry to use such foul language on TV. Unheard of!" Trump tweeted.

Lowry responded in kind, writing: ".@realDonaldTrump a deal for you, Donald: if you apologize to Carly for your boorish insult, I might stop noting how she cut your b**** off."

Lowry's chivalry was aimed at Trump's earlier crack about Fiorina's looks which rankled women at both ends of the political spectrum.

Caught in the middle is Fox News which has been involved in a low casualty war with Trump during his bull in the china shop campaign, involving attacks of top talent like Megyn Kelly as well as a promise by Trump to never again appear on the conservative news network again.

According to Mediaite, Fox News has issued a statement saying Roger Ailes spoke with Trump and they plan to meet next week in an attempt to make it all better:

"Fox News Chairman & CEO Roger Ailes and Donald Trump spoke this morning and plan to have a meeting next week to discuss their differences of opinion regarding Fox’s coverage of Mr. Trump’s presidential campaign, The statement read. "Ailes will be joined by senior Fox editorial executives. Mr. Trump believes he has been treated unfairly in certain instances. FOX News has held every candidate in this race to the highest journalistic standards throughout our coverage. We believe a candid meeting about our differences is required and that any misunderstandings can be handled without compromising those standards."

Still to be resolved are Trump's feuds with every other media outlet that is not Breitbart.com.