Dan Savage destroys thrice-divorced Kim Davis: 'This is about someone hypocritically cashing in' 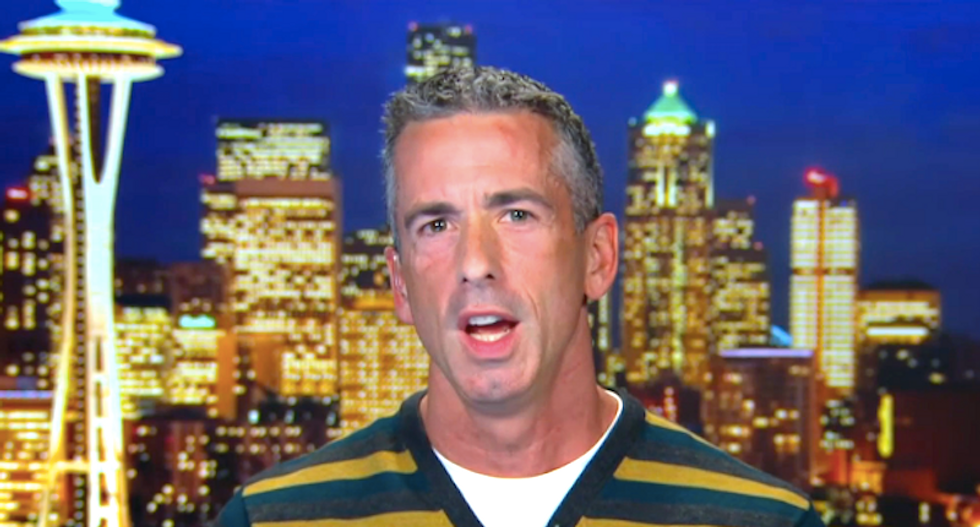 Kim Davis, the Kentucky county clerk who has defied multiple court orders to issue marriage licenses to same-sex couples, has been divorced three times, given birth to twins out of wedlock and is currently married to her fourth husband.

Her attorney, Mat Staver of the Liberty Counsel, said he's aware of her divorces -- which came in 1994, 2006 and 2008 -- but he's not really sure why Davis' marital history is "relevant" because her conversion to Christianity four years ago should have wiped her slate clean, reported US News & World Report.

Sex columnist Dan Savage called Davis, who has been ordered to appear with her employees Thursday in federal court for a contempt hearing, a "hypocrite" who is trying to cash in on her bigotry.

"I think Kim Davis is waiting to cash in," Savage told MSNBC. "I predicted from the beginning that she would defy all the court orders, defy the Supreme Court, she would ultimately be held in contempt of court, lose her job, perhaps go to prison for a short amount of time. And then she will have written for her, ghost written books. She will go on the right-wing lecture circuit and she'll never have to do an honest day's work ever again in her life."

"This is about someone hypocritically cashing in, and she is a hypocrite," he added.

Savage referred to the defiant clerk's statement complaining that courts were asking her to "violate a central teaching of Scripture and of Jesus Himself regarding marriage" -- which the columnist dismissed as ridiculous.

"This is a woman who's been divorced three times and married four times," he said, reading from the US News & World Report article that pointed out Davis "gave birth to twins five months after divorcing her first husband, (and) they were fathered by her third husband but adopted by her second husband."

Savage said the U.S. Supreme Court had already decided the issue of same-sex marriage, and he said Davis clearly should have followed the law all along.

"She's not being asked to perform a sacrament, she is tasked with ascertaining that the people in front of her, the couple in front of her, have a legal right to get married and to provide them with that license," he said. "She is not a minister. She actually thinks she works for God there in the county courthouse, when she actually works for Caesar -- and someone needs to acquaint her with that fact."