'His racism is terrible': Margaret Cho slams Donald Trump over comments about Latinos and women 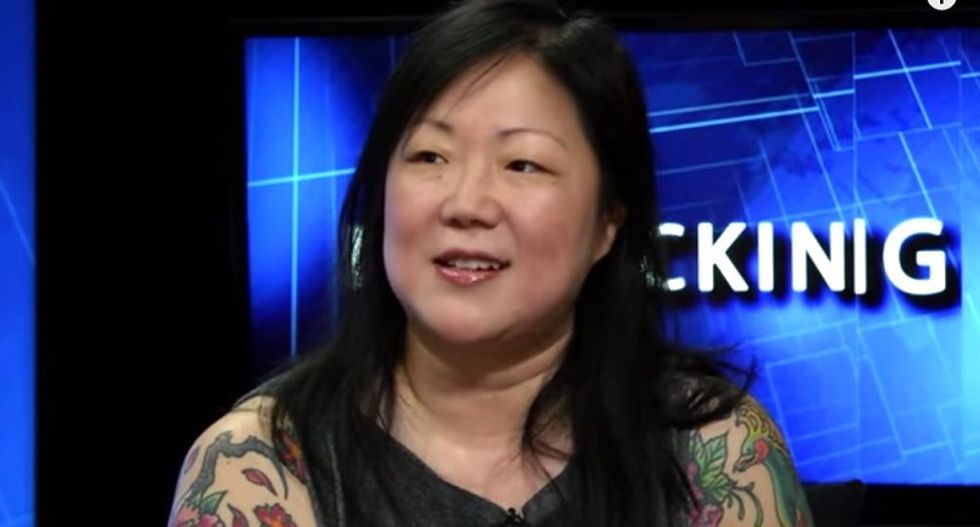 Among topics Cho discussed, like the LGBT movement for equality and her upcoming tour, psyCho, the LGBT activist who has expressed her political "crush" on Democratic candidate Bernie Sanders (I-VT) went after the former reality show host Trump for his treatment of women and Latinos.

When questioned by Yuri Kagan what she would ask Trump if she could interview him, Cho responded, "Why is it so hard to answer a question from Univision? Why can’t you give a reporter from Univision the same respect you give everyone else? His treatment of Jorge Ramos and his fear of Latinos opinion of him, he should be afraid. His racism is terrible."

In August, Fusion journalist Jorge Ramos was forcibly removed from a Trump press conference after asking a question that Trump refused to answer. Ramos was trying to ask Trump about his proposal to deport all of the 11 million undocumented immigrants in the United States, but Trump refused to take his question and had security kick him out.

“Go back to Univision,” Trump had said to Ramos as he was being forced out. Trump later reportedly called Ramos “a very emotional person.”

Cho also bashed Trump for his criticism of Rosie O'Donnell and believes he targets her because she is LGBT.

"Do you think he targets her specifically because it’s her or what she represents as a voice for lesbians, a lot of minorities he may not like?" Cho asked. "There are plenty of other comics who make fun of him without the same backlash."

Cho said that Trump, who owns the Miss USA beauty pageant, may feel threatened by O'Donnell, who doesn't care what he thinks about her.

"He gets mad because she is an example of a kind of a faction he can’t control," Cho said. "He can’t control women who don’t need a man to define them. It’s the most terrifying thing for him."

He trashes O'Donnell "and by proxy any woman that doesn’t care what he thinks. His definition of a woman is somebody to service him sexually or service his games."

Trump was criticized for going after women like Fox anchor Megyn Kelly and fellow GOP candidate Carly Fiorina, which Fiorina used to her advantage during this week's primary debate.

Responding to Trump's comments that voters may not like her because of her appearance, Fiorina fired back, "“I think women all over this country heard very clearly what Mr. Trump said."