The 13 most punchable faces in America 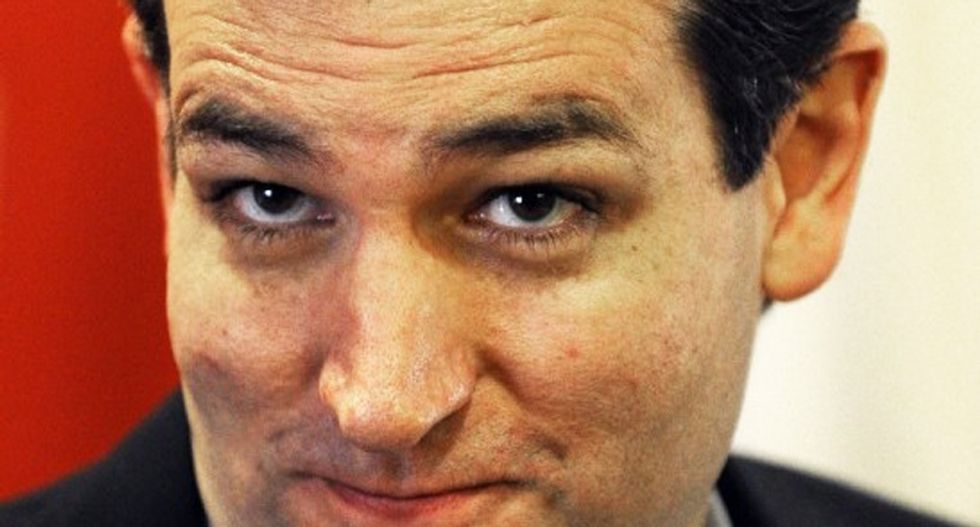 If you are an honest person -- and I trust that you are -- you will admit that at some time in your life you have wanted to haul off and smack somebody right in the mouth. Just plant your fist right in the middle of their smug smirky stupid face, swinging from out of nowhere with no warning given.

As Americans, God's favorites aside from people living in some of the better countries, we of course frown upon this. That is because we are a civilized -- and heavily armed --people and don't just run around punching people in the face willy-nilly and getting into drunken weepy brawls like a certain family we exiled back to Alaska in 2008.

The desire to pop a particular person in the face is generally rooted in some backstory -- evidence of inexcusable behavior, a history of being a terrible person who is somehow beyond the reach of even God's punishment, and quite simply: for being a major dick.

What sets them apart for all of the other dicks -- like for example, every person who drives a black BMW -- is a certain look on their face that has a triggering effect. A smirk, a sneer, the droopy-eyed too-cool-for-you look.

Those are the punchable ones.

Keeping that in mind, and after minutes of careful research, here are 13 of the most punchable faces in America.

But first, some ground rules...

First off, no women. There is never any reason for a man to hit a woman. Never. If you ladies want to duke it out, you should work out your own rules of engagement amongst yourselves like that one you guys have about no white shoes after Labor Day. You will always be  a mystery to us.

Secondly, we have limited this to Americans, which is why eight of the thirteen aren't Justin Bieber. Maybe nine out of thirteen.

And third: We do not advocate actually punching anyone despite what the defective chimps at Twitchy will claim later when they go, "Oh SOOO, tolerant!!! LOL #Benghazi DefundPP." Idiots.

Obviously there is an extensive pool to work with and it would have been very easy to just say "All the men at Fox News"... but that would have been lazy. It is also very likely, since the was limited to thirteen, that your personal punchable favorite was passed over, so if you're looking for Kanye, Glenn Beck, Bill Belichick, Shia LaBeouf, Jim Bob Duggar, Jay Cutler (so sorry Chicago, we know you were counting on it so hard), Tom Cotton, or Justin Bieber (because we granted him a waiver) -- you'll have to make up your own hit list.

So let's start this off with the most obvious choice: 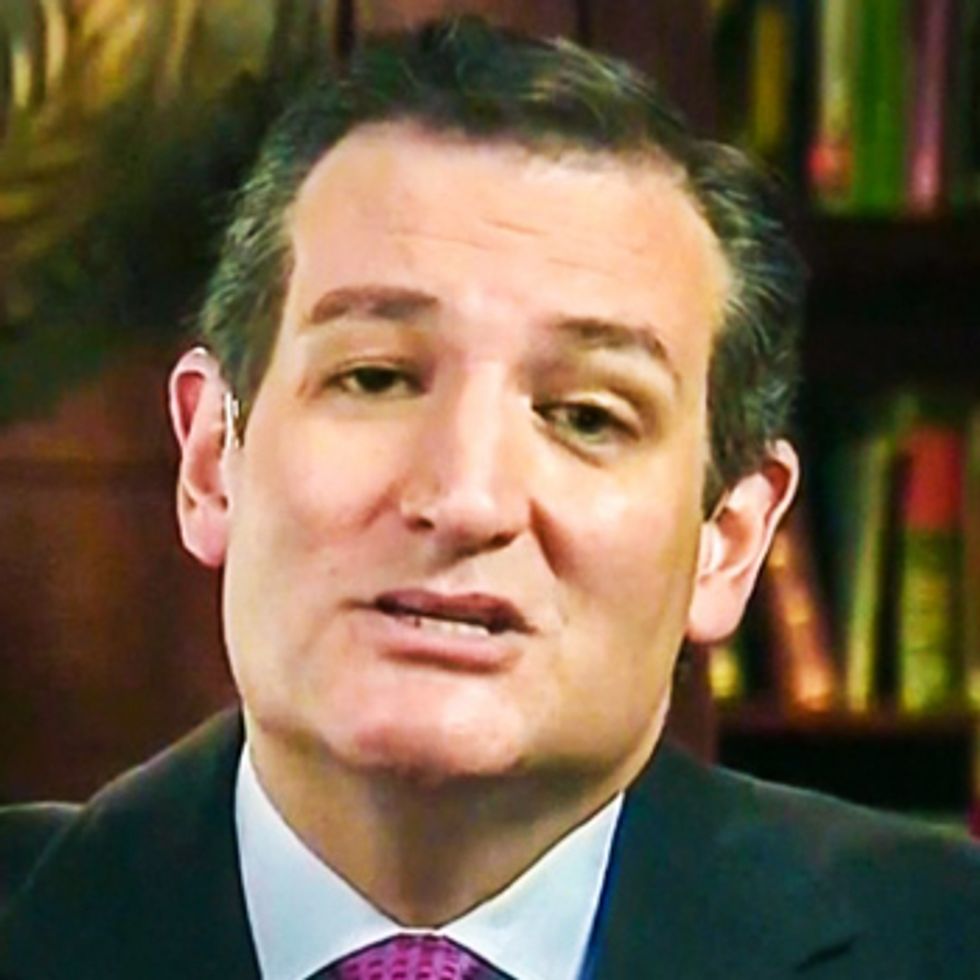 The face:  Knitted eyebrows and a "more in sorrow than in anger because everyone else is an idiot" look of  insincerity.

Crimes against humanity:  Cruz got himself elected to the U.S. Senate from America's 2nd worst state and immediately started acting like he owned the place. Also the House. And the White House. And the Supreme Court. Talked idiot House members into shutting down the government at a cost of $24 billion to the economy. Wants to do it again. 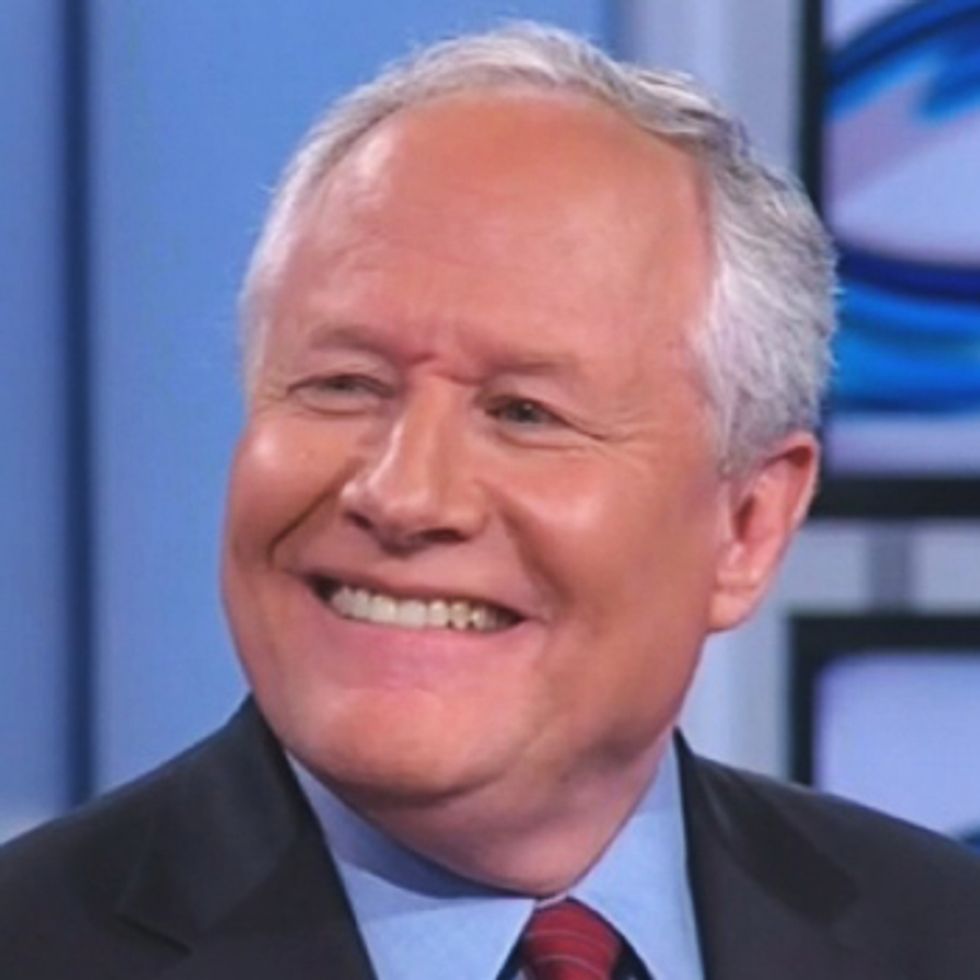 The face: The sickly smile of a serial killer cleaning up after a particularly satisfying bloodletting.

Crimes against humanity: Laid out the plan to destabilize the Middle East and turn it into an abattoir long before 9/11 gave Dick Cheney the casus belli he needed in order to make his friends rich. Found a willing audience after 9/11, which, to this day, is possibly the best day of his life. 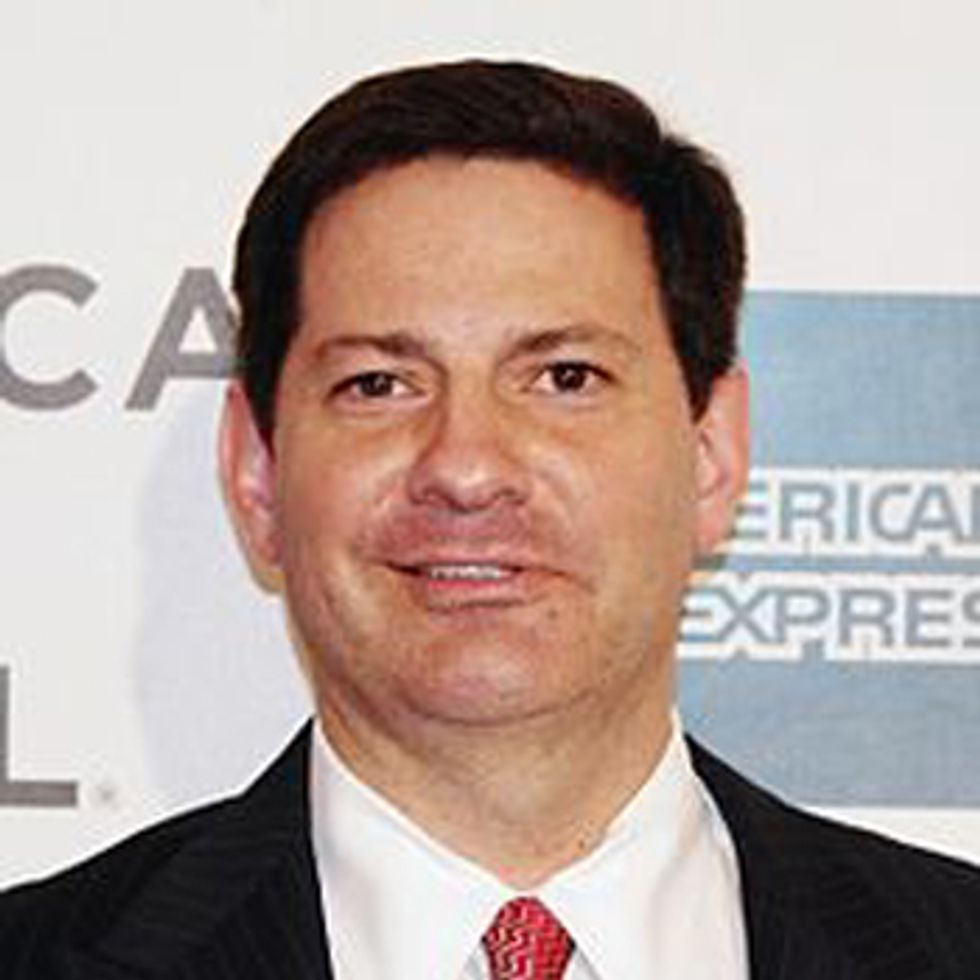 The face: The smirk of undeserved success

Crimes against humanity: Says things that are horribly counter-intuitive on TV which inexplicably affects the political zeitgeist making the world stupider than it should be. Briefly suspended from MSNBC for calling the president a "dick" on Morning Joe -- a television show featuring a revolving cast of dicks. 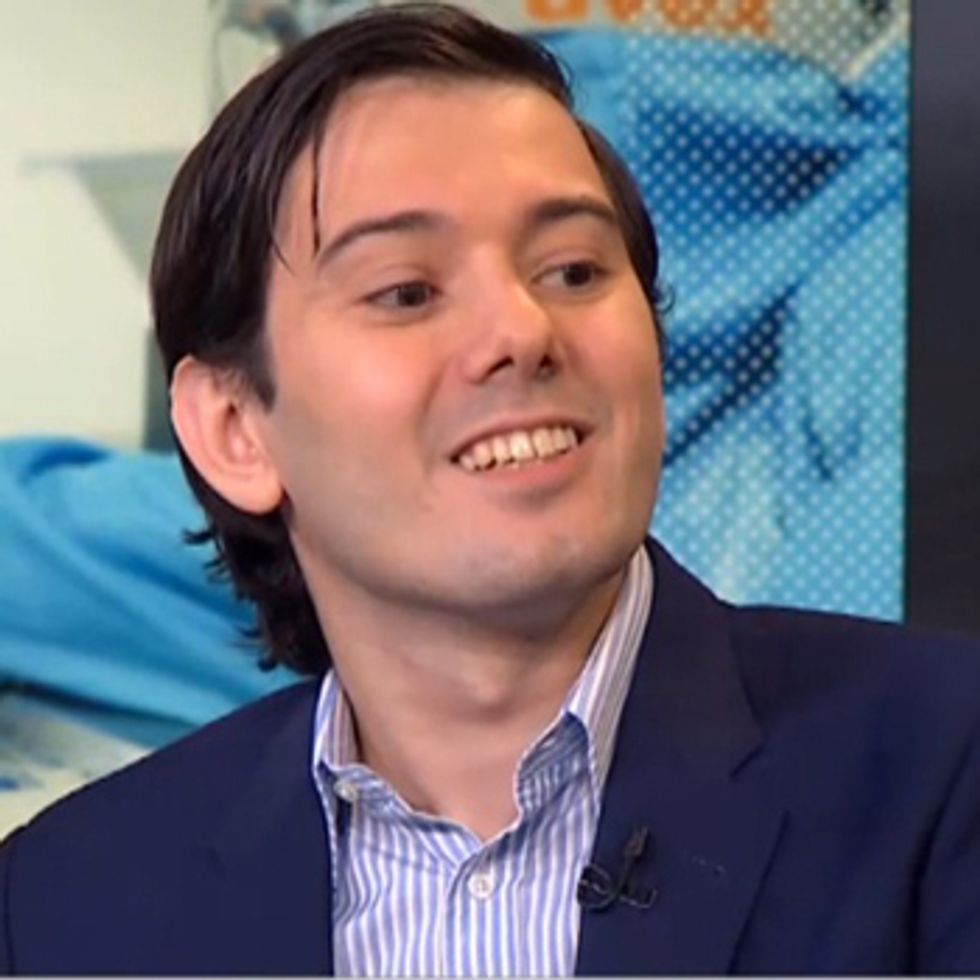 The face: The twitchy face of a sociopath who just realized nobody is buying his bullshit.

Crimes against humanity: Do you really need me to remind you? Okay: buys rights to drug needed by critically ill babies, cancer victims, and AIDS patients and jacks the price up 5,500 percent from $13.50 a pill to $750. Then went on TV to defend it in a manner that would make Ayn Rand throw up in her mouth. 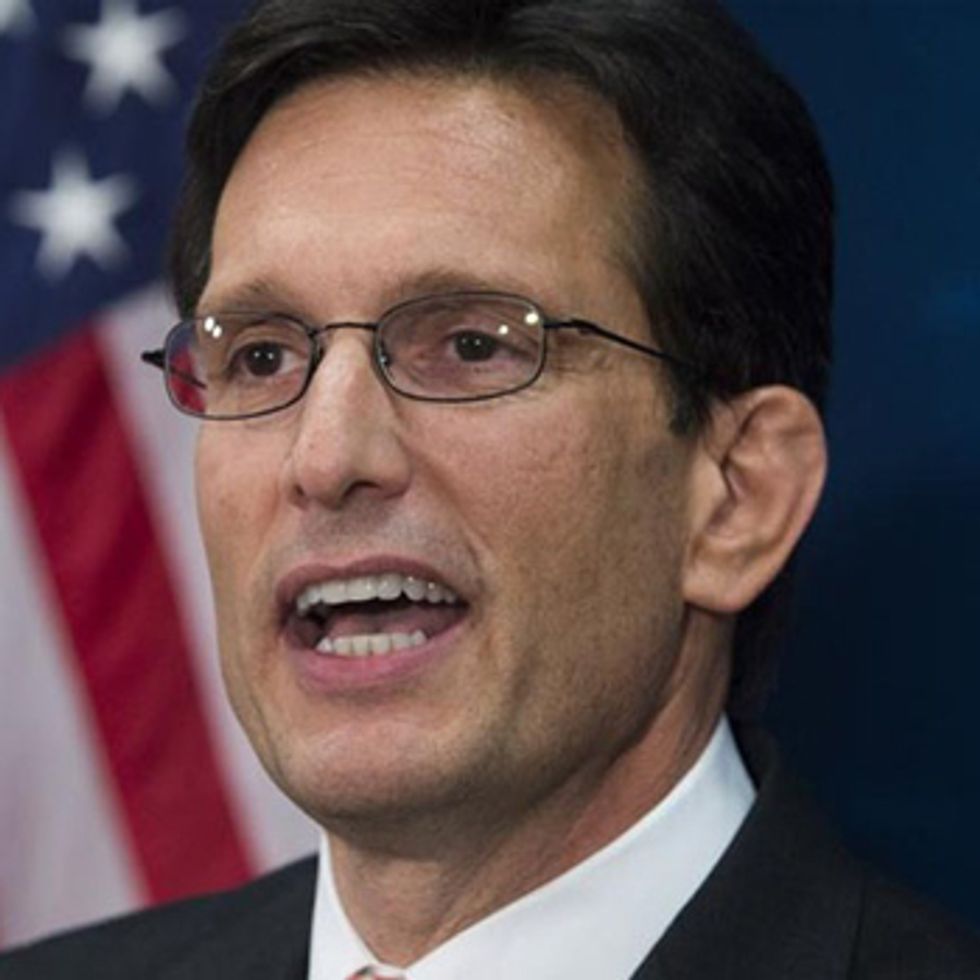 The face: The smug assurance of someone telling you that they didn't just piss down your leg while they're still shaking out their dick.

Crimes against humanity: Despite overwhelming evidence to the contrary, the gone but not forgotten former congressman would appear on TV and ineffectively dispute reality in his  slow-talking nasal southern accent. Ignored his constituents at home -- a short drive away-- and was such an asshole that the voters primaried him out for a member of the Tea Party -- a voting bloc made up of assholes. 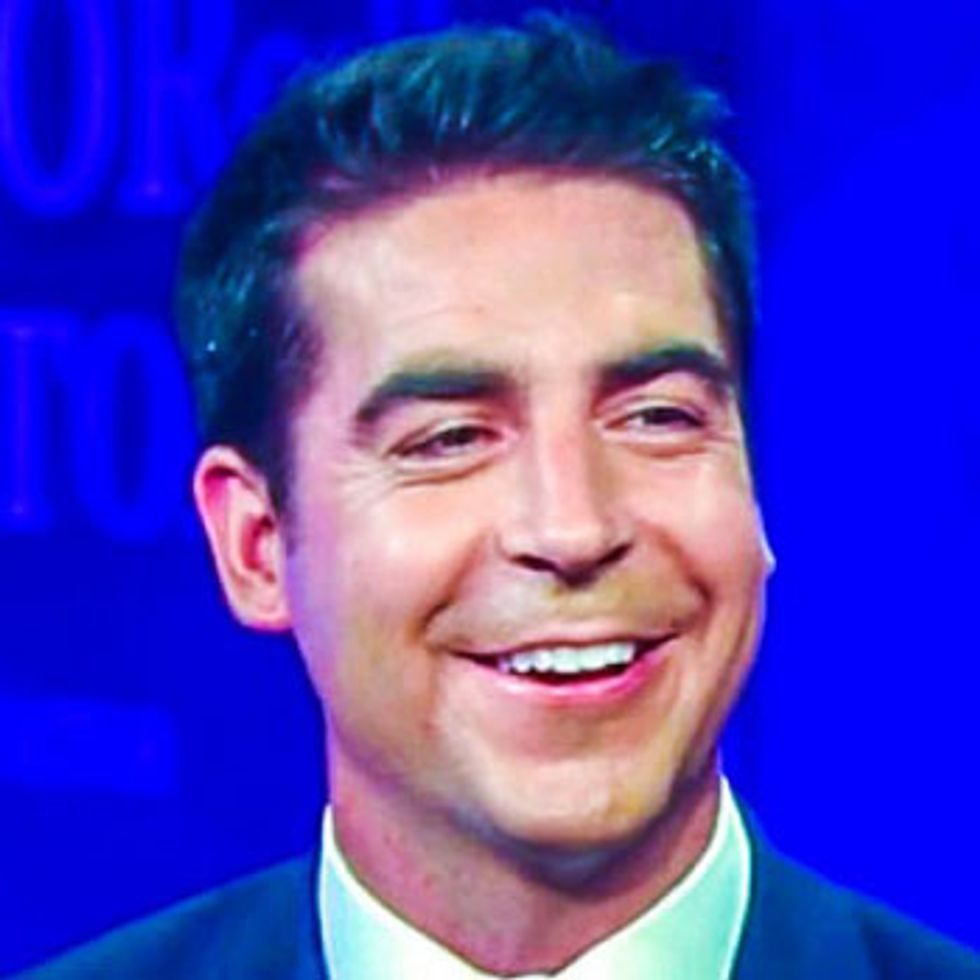 The face: Celebratory frat bro who just escaped a rape conviction on a technicality

Crimes against humanity:  Watters is Bill O'Reilly's smirky wingman, sent out into the field to harass and stalk women and sneer at poor black people before returning to the studio and gleefuly sharing his tales of adventure while O'Reilly presumably masturbates under his desk onto a loofah. Pro tip: If Watters sticks his microphone in your face, answer every questions with "Andrea Mackris"  until he slinks back into his hole. 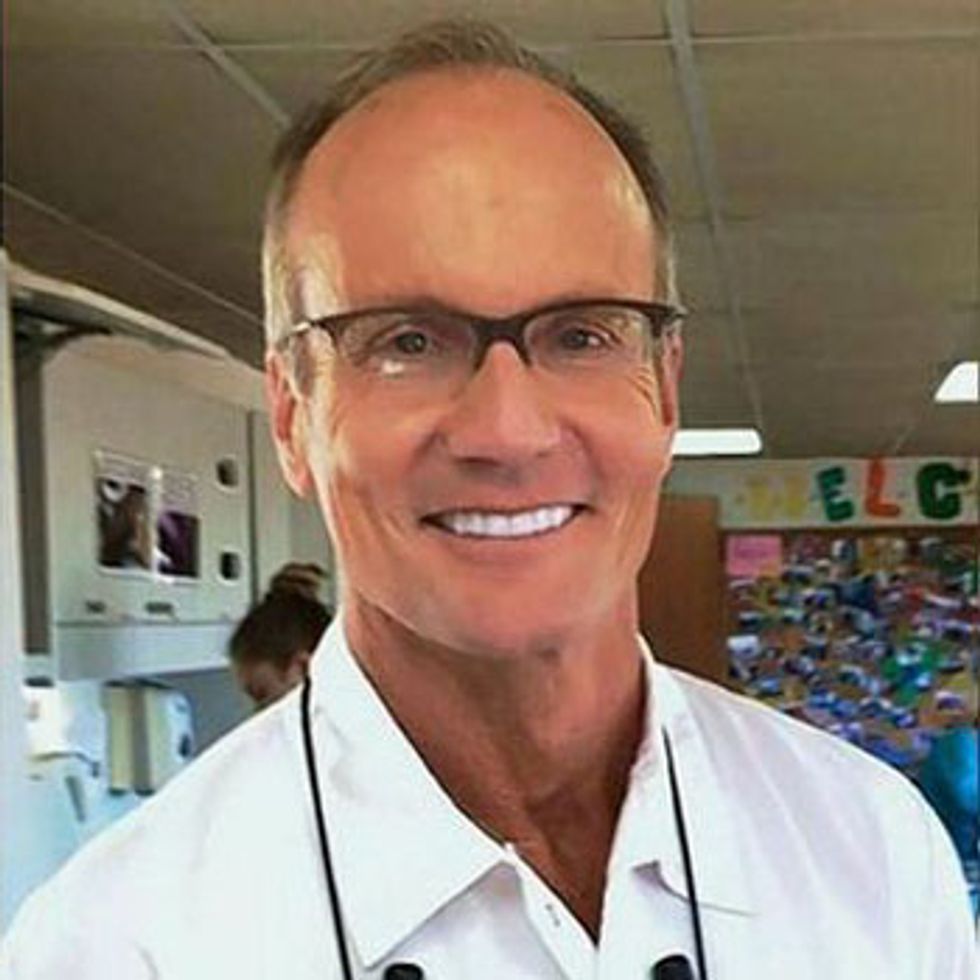 The face: The banality of evil made flesh and given generous dental benefits.

Crimes against humanity: A man who murders animals to make himself feel alive, Palmer used a bow and arrow to wound a beloved and protected lion, leaving it suffering for almost 24 hours before his gang of hired hands could finish it off because he's not the hot shot bow hunter he tells barmaids he is. Found out, he ran like a scared bunny and hid, thereby negating any man points he thought he had earned by being The Great White Hunter. He's also a whiny unrepentant dickhead. 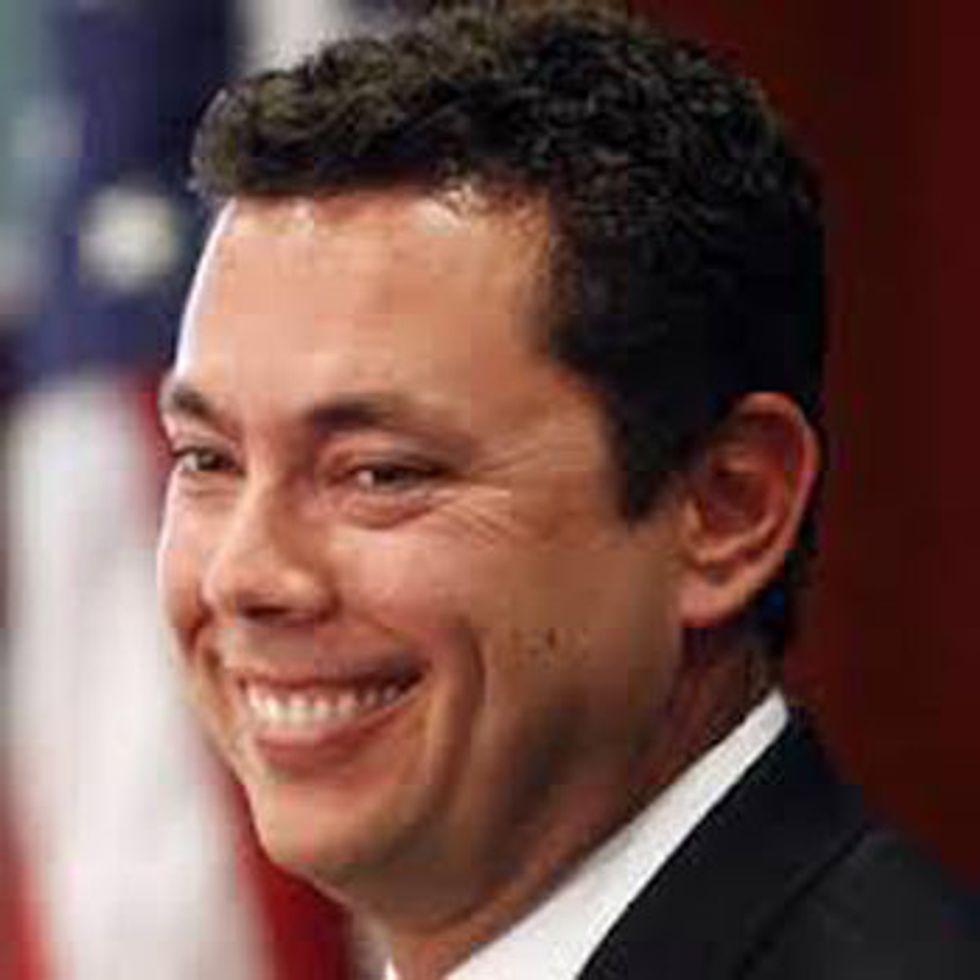 The face: A viscous mudslide of simple-mindedness and bovine incomprehension.

Crimes against humanity: Because he is a sweaty professional climber, Chaffetz has ascended to the top of the GOP shitpile in Congress despite the fact that he is dumber than a sack of Louis Gohmerts. It is quite possible that he suffered brain damage while playing football at BYU, but unlikely since he was a kicker and they're barely athletes. 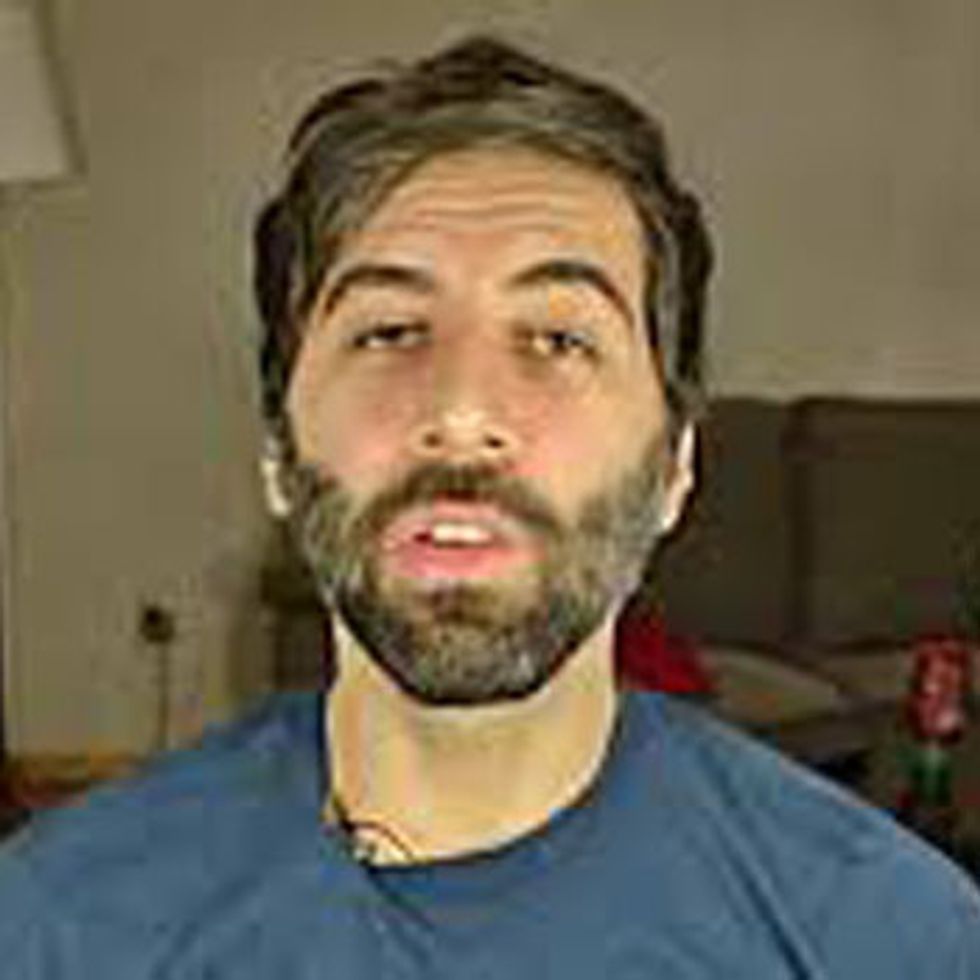 Crimes against humanity: How unlikable is the self-proclaimed ladies man who hates women but loves their orifices?  Not only did the city of Toronto try to keep him from visiting and leaving his snail trail, but even the MRA's are on the outs with him, and most of those sad losers have multiple restraining orders in place against them. There is not enough Axe Body Spray in the world to disguise his rancid testosterone stench. 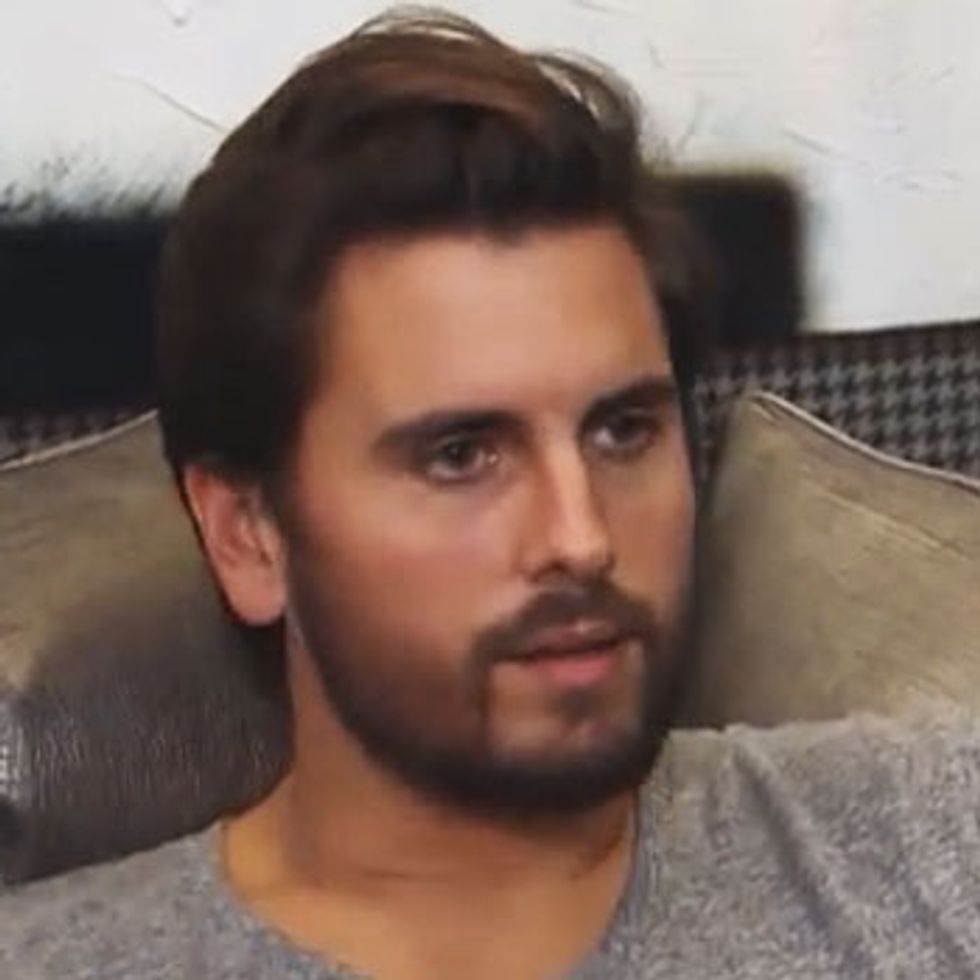 The face: The snotty look of born on third base white privilege

Crimes against humanity: Disick really hasn't sinned against humanity, but he is a contributing factor to society's decline due to his relationship to the American Ebola known as the Kardashians. Cleared the low bar for fame in America by banging one of them -- it doesn't matter which one -- allowing him to join the fraternity of those who have had sex with one of them which is an even easier club to join. 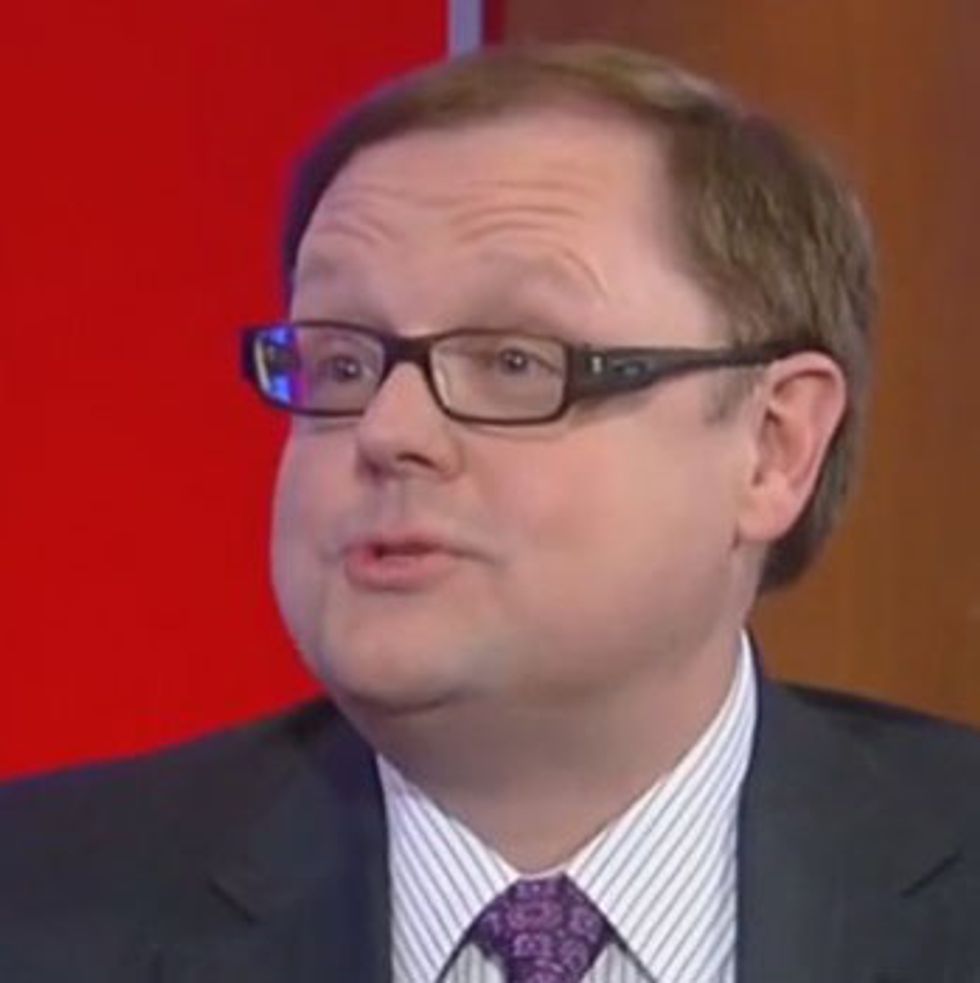 The face: Equal parts sanctimony and malevolence baked into a pie-face

Crimes against humanity: An old-school bred-in-the-bone southern racist, Starnes is Fox's go-to guy for white evangelicals who believe they are most persecuted people who have ever walked the green fields of Earth -- which is only six thousand years old, by the way. And if you don't believe that you are a bigot and an atheist and probably a lesbian who practices witchcraft and buys dead babies by the pound from Planned Parenthood. 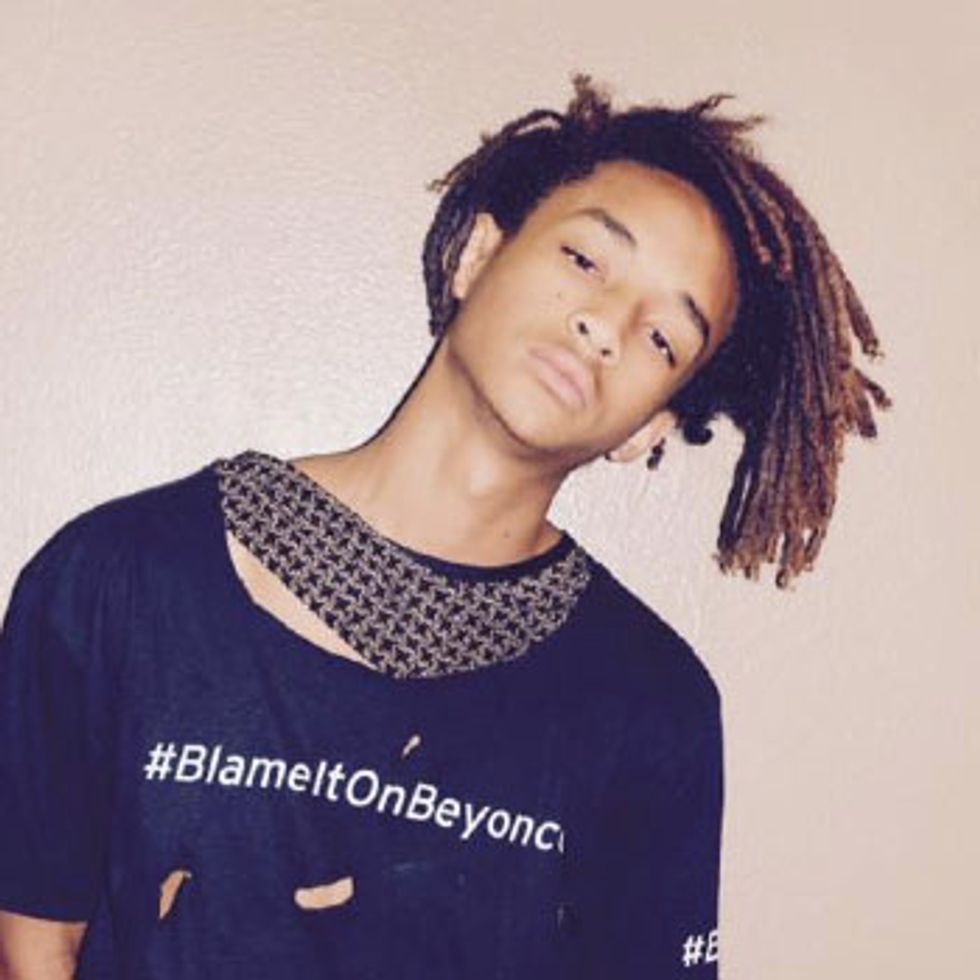 The face: "My parents are rich. I don't have to give a shit. #LOL #YOLO #StupidHashtag"

Crimes against humanity: The son of a wealthy and charming actor and his lovely but talentless wife, at the age of seventeen Jaden Smith has already achieved the status of the worst celebrity spawn ever. Out-acted by a tree in a movie his father shoved down a studio's throat, Smith has turned to cranking out idiotic clothes and spouting gibberish disguised as deep thoughts. His doting parents are rich enough to employ an army of publicists who will do anything and say anything and sleep with anyone to get the gossip sites to hail Jaden as the culmination of human knowledge and progress --- known in some quarters as "Operating Thetan." He also has over 5 million Twitter followers. Humanity is doomed. We had a good run, but it's over. 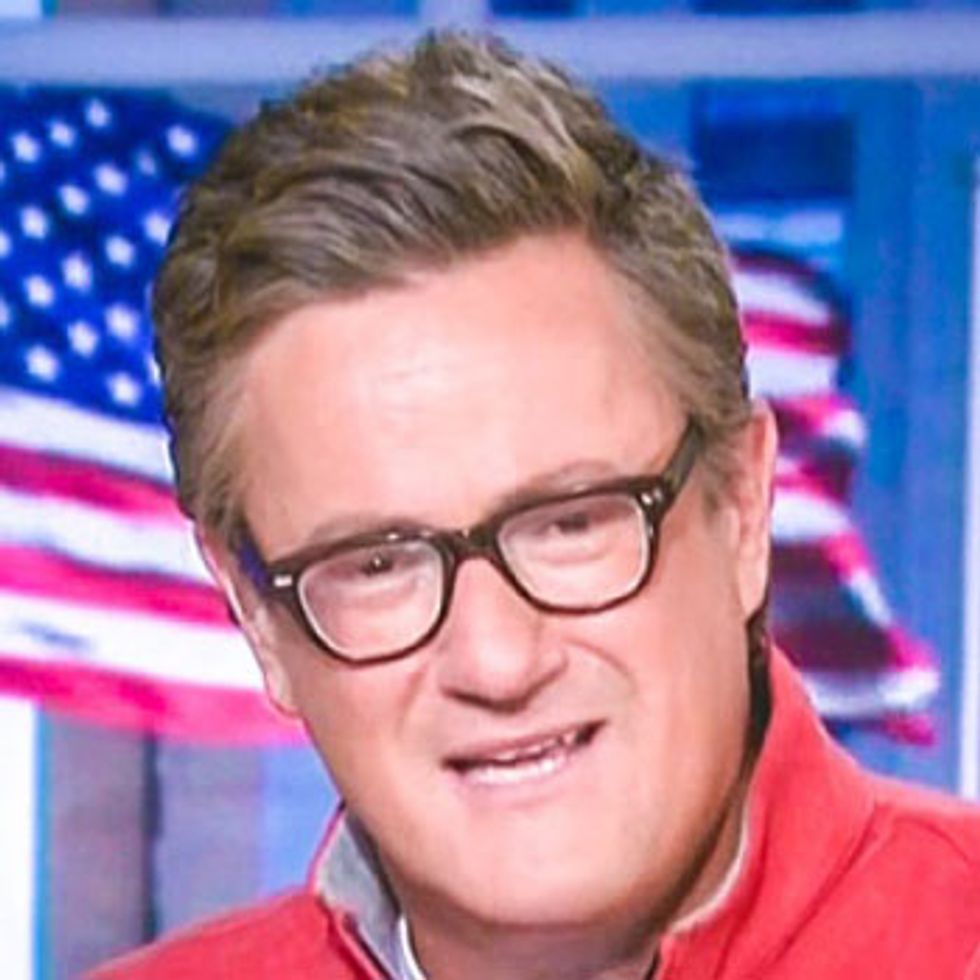 The face: The face of a squinty-eyed blowhard berating his wife over the phone while standing in line at Starbucks.

Crimes against humanity: Bullying dispenser of frequently wrong "conventional DC wisdom," but with a flair for the belligerent because he may be over-caffeinated, but more likely because he's a jerk. His show is populated with suck-ups notable for their frantic blinking like one might see in a beaten dog at a shelter. An unabashed lover of New Jersey bully and shouty-person Chris Christie -- which totally makes sense.

Like everyone else in the House Republican conference, New York Congresswoman Elise Stefanik has done her share of inciting white political violence. While the House debated recently additional aid for Ukraine, the No. 3 Republican chose during her allotted time to rail against the president for “the invasion at the southern border.”

That “invasion” plays a small role in the larger story of “the great replacement” feared by right-wingers to such a degree that one of them, Payton Gendron, took matters into his own hands last week and shot to pieces 10 Black people at a supermarket on Buffalo’s eastside.

Deficit reduction sounds like one of those nonpartisan measures of governing competence. That’s why Joe Biden has been touting it.

In fact, it’s largely irrelevant to voters – for good reason.