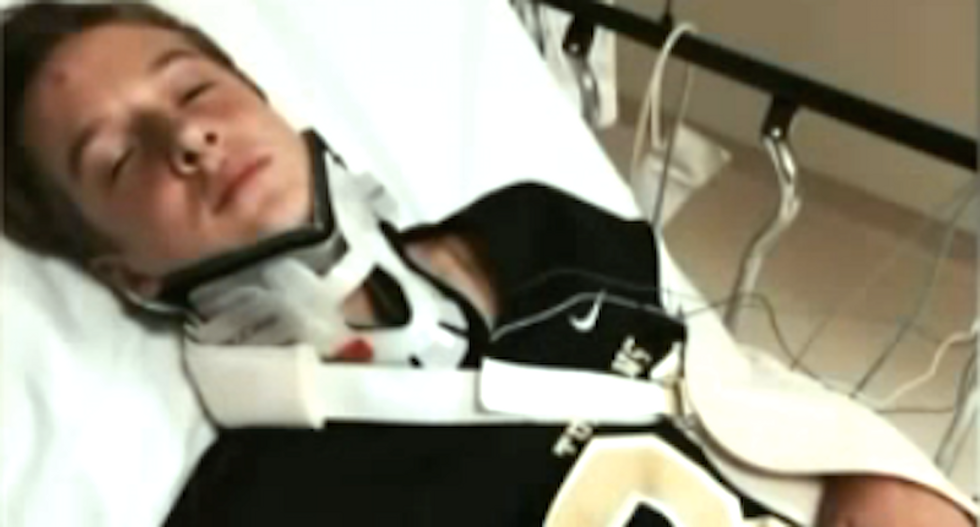 A white Tennessee teenager was badly beaten by a black classmate and five other students during a classroom confrontation over a football game.

The teen's mother said some neighborhood boys became angry at her son the day before, after he declined to play football with them.

The boys surrounded Humphrey as he walked to a friend's house, and witnesses said the teen used a racial slur.

However, the teen's mother and other witnesses agreed that Humphrey repeated one of the other boy's taunts and said, "My n*****s have my back, too."

His mother said a police officer encouraged her son Thursday to fight back, but she said he feared he would be kicked off the football team.

The boys confronted Humphrey again at the start of geography class, and five teens punched him in the head twice and slammed him into a desk and floor.

The teen's mother said school officials placed the boy in a wheelchair but did not provide medical treatment at school or call an ambulance.

He was later hospitalized for his injuries, and the ninth-grader's mother said she would consider withdrawing him from school.

Humphrey was suspended three days in connection with the fight, but school officials declined to comment on the discipline or say whether the other boys were punished.