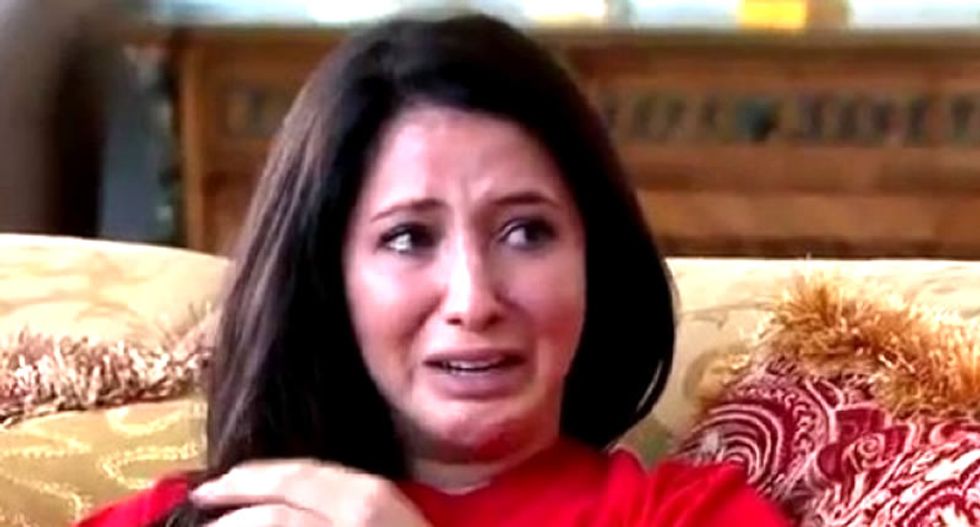 Bristol Palin took exception to a recent Raw Story report about her mother and then used her indignation to pitch her mom's latest book.

The younger Palin -- or perhaps her ghostwriter, Nancy French -- denounced the film, "The Armor of Light," as "nothing more than liberal propaganda," in a post on her Patheos blog.

She complained that Schenck doesn't spend enough of his screen time paging through a Bible but instead criticized political figures -- such as Palin's mother, the former half-term governor of Alaska and failed vice presidential candidate -- and Fox News.

The reality TV star and disgraced abstinence educator was particularly outraged that the film on gun violence didn't focus on abortion instead.

"Since the number of deaths per year by gun users is dwarfed by the number of people killed through abortions, where’s the moment in the movie when he turns to (the pro-choice mother of a murder victim) and challenges HER beliefs that allow babies to get killed?" Palin said. "Oh, that’s right — because it’s produce (sic) by a pro-abortion activist."

She goes on to insult Schenck's "hipster glasses" and suggests, as Ben Carson infamously did, that the Holocaust might have been prevented if Jews had fought back with guns.

"(Schenck's) version of 'courage' and 'risk-taking' are pretty sheltered," Palin said. "He must not know the importance of guns to my family, and many other families just like us."

"We use those guns to FILL OUR FREEZER," Palin said. "To 'live off the land' if you want to call it that. We use those guns to PROTECT ourselves, like many, many other people. Gun’s (sic) aren’t used strictly for violence like people want to paint them to be. I carry and I know by carrying its keeping my kids and my household a whole lot safer from creeps like we unfortunately face everyday."

Then came the sales pitch.

"I think Christians have a DUTY to carry and protect the innocent," Palin said. "If you want to know what the Bible REALLY says about topics like this, buy my Mom’s new devotional instead of watching this new film."

Watch a trailer for "Armor of Light," which opens Oct. 30 in theaters nationwide: