Louisiana sheriff accuses Sen. David Vitter of hiring an investigator to stalk him after he endorses opponent 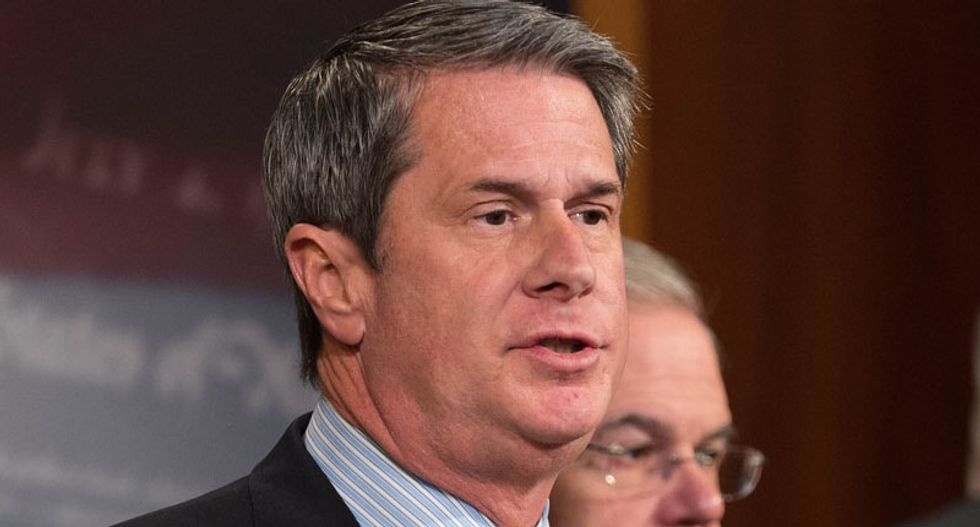 On the eve of a primary election in Louisiana to select the gubernatorial candidates, the sheriff of Jefferson Parish claims a man  he had arrested for attempting to record his private conversations is working for a U.S. Senator.

According to WVUE, Sheriff Newell Normand said he was meeting associates at a Metairie coffee shop when he caught Robert J. Frenzel listening in and recording them. Normand confronted Frenzel who immediately bolted from the restaurant, but not before a Normand friend was able to take his picture with a cell phone.

Frenzel was later arrested and identified as an investigator working for Texas-based J.W. Bearden and Associates, a private  firm employed by U.S. Senator David Vitter (R) who is running for governor.

According to Normand -- who endorsed  Lt. Gov. Jay Dardenne for the seat Vitter is seeking -- he believes the senator is behind the attempted recording.

While campaign records show that the Vitter campaign has paid J.W. Bearden and Associates over $130,000 in fees this year, a Vitter spokesperson issued a statement denying responsibility for Frenzel's actions.

"This person (Frenzel) works for a firm that we hired to do research, all within the bounds of the law," the statement read. "This includes John Bel Edwards' business associate and major donor, and his relationship with the John Bel Edwards campaign. It has nothing to do with Newell Normand."

Bel Edwards is the Democratic front-runner for the governor's seat.

Public Service Commissioner Scott Angelle isn't buying the Vitter campaign statement, saying, "This is shocking and beyond troubling. It reeks of old-school politics. The questions about David Vitter continue and he refuses to provide any answers. This is yet another reason why Louisiana can't afford to elect David Vitter governor."

Last week Vitter's campaign took a hit when a woman claiming to be his former mistress said the staunchly anti-choice Republican wanted her to have an abortion when she discovered she was carrying his baby.

Vitter was previously embroiled in a prostitution scandal involving "D.C. Madam" Deborah Jeane Palfrey, and was forced to admit he was a frequent client.