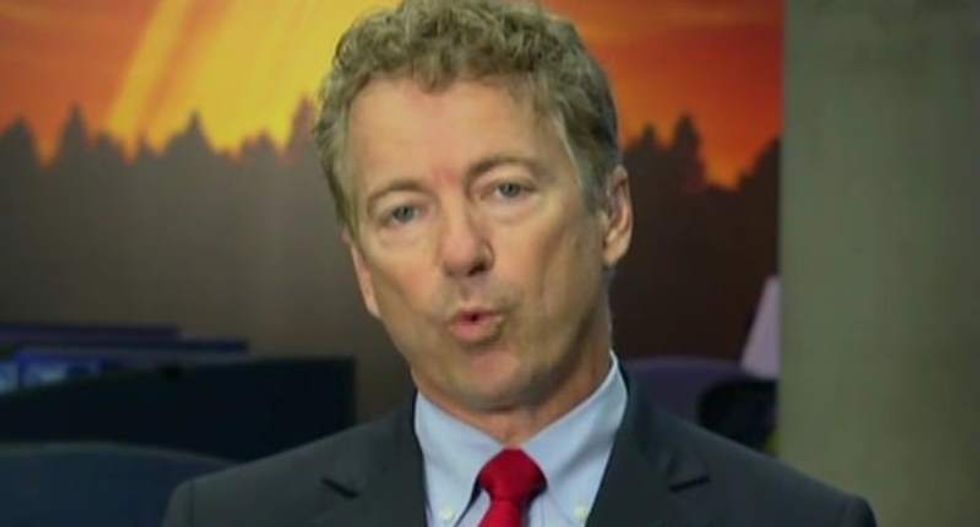 In what may be close to the most over-the-top claims made by Republicans about potential Democratic rival Bernie Sanders, Rand Paul (R-Kentucky) said Sanders' election could lead to "mass genocide."

Paul linked Sanders to murderous dictators like of Pol Pot and Josef Stalin.

Paul went on to ignore the "democratic" in democratic socialist when he said," When you have a command economy, when everything is dictated from one authority, that’s socialism, but it doesn’t come easily to those who resist it.”

On Thursday Villalba backed off -- sort of, saying:

“You have national socialists and democratic socialists and most people recognize the distinct difference. N-A-Z-I is national socialist. I realize it was a flip, glib sort of commentary on where we are. Somehow, you invoke the Nazi meme and all of a sudden the Twittersphere breaks through. But you know, if you’re socialist, was Stalin any less horrific a leader in his country as a socialist? I don’t think so.”

Listen to the segment, via Right Wing Watch, here: