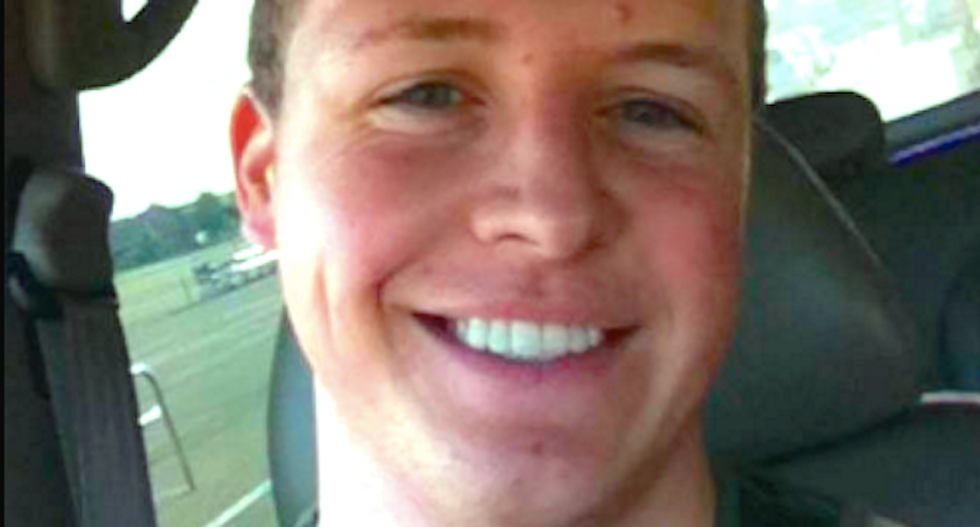 A group of racist white men went looking for trouble at a Black Lives Matter protest in Minneapolis -- and when they found it, they opened fire.

They have not been charged, but they remain jailed on probable cause for assault.

Police questioned a fourth person, a 32-year-old Hispanic man and aspiring model who goes by the name “Saiga Marine” online, but he was released after investigators determined he had not been at the protests at the time of the shootings.

Investigators are likely trying to determine whether the three men acted in self-defense when they turned and fired multiple gunshots at six protesters who were attempting to chase them away from the demonstrators' encampment.

Demonstrators have been camped for days near the city's Fourth Precinct to protest the fatal police shooting of 24-year-old Jamar Clark, who witnesses say was handcuffed when officers killed him.

Two witnesses reported that the shooting suspects argued with the protesters, who threw two punches at the men before they fled away from the encampment and then turned and opened fire.

Reisha Williams, communications chair of the Minneapolis NAACP, told CNN that she and other activists believed Minneapolis police were "behind" the shootings or at least stood back and allowed them to occur.

Other witnesses claimed that the gunmen wore the same ski masks as police officers in the bitter cold.

Video appears to show two of the suspects, who wore masks and identified themselves as "Saiga Marine" and "Black Powder Ranger," driving to the protest Friday and using racist language as they promised to disrupt the protests.

"We are on our way, we’re going to knock this shit out," said the driver, who identified himself as Saiga Marine and displays a handgun. "F*ck -- and we’re going to see what these dindus are dinduing about."

The word "dindu" is a racial slur derived from "dindu nuffin" -- a pejorative term that originated on 4Chan's /pol/ forum to complain about participants in the last year's protests and riots.

Emails posted online appear to show the men planning their activities, and protesters complained for several days that masked white men wearing military-style clothing had been recording video and harassing demonstrators camped near the Fourth Precinct. 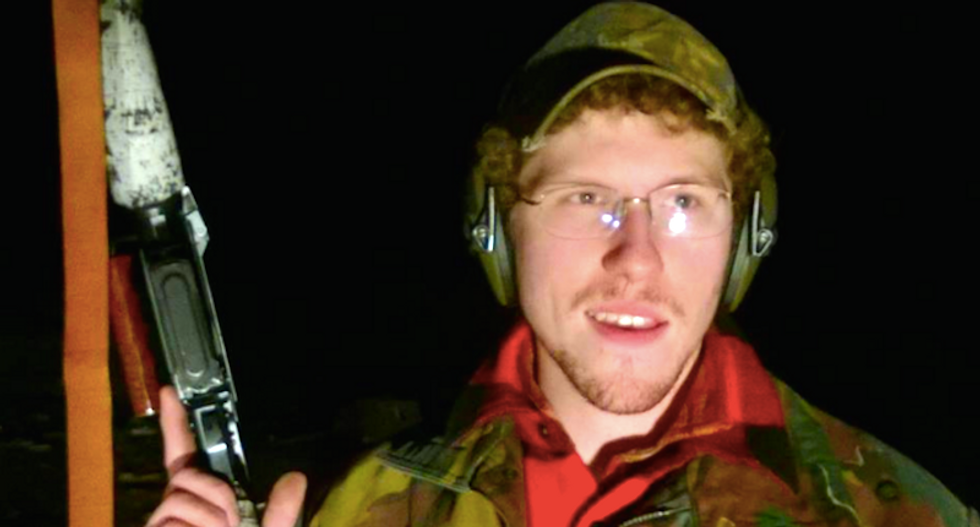 Gustavsson's Facebook profile picture shows him wearing a Belgian army jacket and holding a rifle, and Macey's Facebook page has not been verified.

But Scarsella's Facebook photo shows a mole above his eyebrow that suggests he is the passenger who calls himself Black Powder Ranger in the video.

He lists among his "like" several gun shops and pro-gun groups associated with the III Percent militia movement, as well as the OAF Nation military veterans militia group.

The fourth man's Facebook page shows him carrying weapons and wearing military gear, and he describes his occupation as “Saving the Constitution," reported the Star Tribune.

The newspaper reported that the man, whose name was not officially released, bears a striking resemblance to the driver who calls himself Saiga Marine.

He appears to be a well-known, although not particularly well-liked, on 4chan's /k/ weapons discussion forum -- where he used the same name he called himself while driving to the protest.

“What an idiot,” one 4chan user wrote when news broke of his possible involvement in the shootings. “Play stupid games, win stupid prizes. Never should’ve trolled that protest so hard.”

VIDEO: Last night 2 white supremacists, one carrying a pistol, showed up to our peaceful protest at the 4th precinct.After community members on livestream started questioning them they left without incident, then we later found a video of them en route to the protest brandishing a pistol and making comments including “stay white” and justifying the killing of Jamar Clark.It has come to our attention that members of this group plan on returning tonight to our candlelight vigil at 4:30, some may come armed. [See: http://pastebin.com/FkA1B2rq]They say they will be wearing the "4 of clubs" to identify one another, so watch for this badge or patch on their clothing.In the era of white supremacist terrorism against people of color across the U.S., we refuse to be intimidated by hate groups. We call on our supporters to join us tonight to continue to demand #Justice4Jamar and an end to violence against our community, whether by white supremacist citizens, or white supremacist Police like MPD union president Bob Kroll.