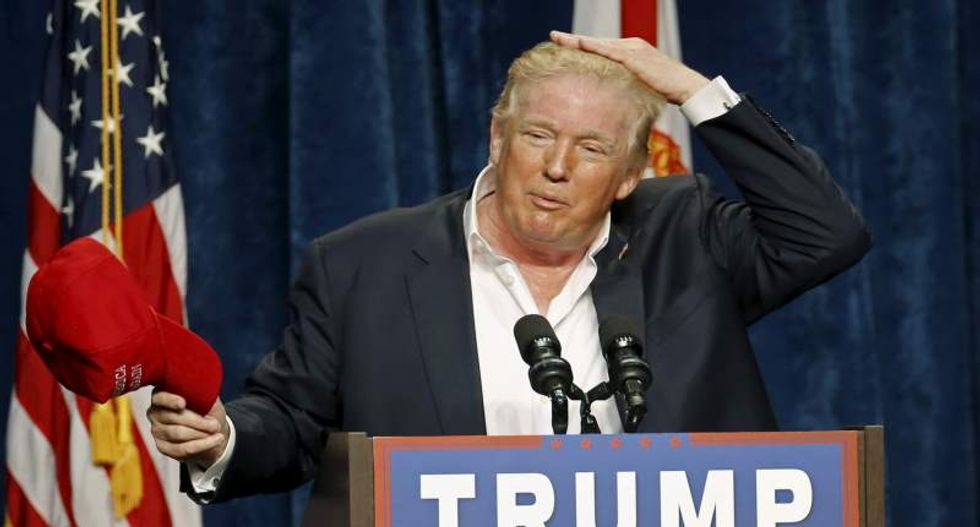 Republican presidential candidate Donald Trump speaks at a rally in Sarasota, Florida on Nov. 28, 2015. Photo by Scott Audette for Reuters.

CNN contributor Jeffrey Lord closed out a segment on Anderson Cooper 360 on Monday by straining to try to compare Donald Trump's proposed ban on Muslim entry into the US to Martin Luther King Jr's. activism during an argument with colleague Van Jones.

"You are now supporting -- and I can't believe you're doing this -- the worst possible strategy to actually increase our enemies," Jones said.

As Cooper tried to send the show to commercial, Lord replied, "This is like saying if Martin Luther King led these marches that we were gonna increase the number of white segregationists. That's crazy."

The Republican front-runner has been ripped by not only Democrats, but several fellow GOP presidential candidates after releasing a statement earlier in the day calling for a "total and complete shutdown" on Muslim immigration until legislators "can figure out what is going on."

"Jeffrey, it's painting with a very broad brush," Cooper told Lord. "It's not trying to distinguish radical Islamists from computer programmers who are going to work in Silicon Valley."

"What he's suggesting is to have a pause, have a better understanding of what's going on," Lord replied. "As I say, Franklin [Delano] Roosevelt did some version of this. This is very old stuff. This has nothing to do with Japanese-American internment camps, which were immoral."

"What does that even mean?" Cooper asked. "To put out a policy statement saying, 'We should stop this until we figure out what's going on.' What does that mean?"

"I'll tell you what it means," Jones said, interjecting. "It's a completely unworkable fear tactic. This is exactly what ISIS wants. ISIS and Trump are now playing off of each other. What ISIS wants is for all Americans to turn against all Muslims."

Watch the discussion, as posted by Media Matters on Monday, below.