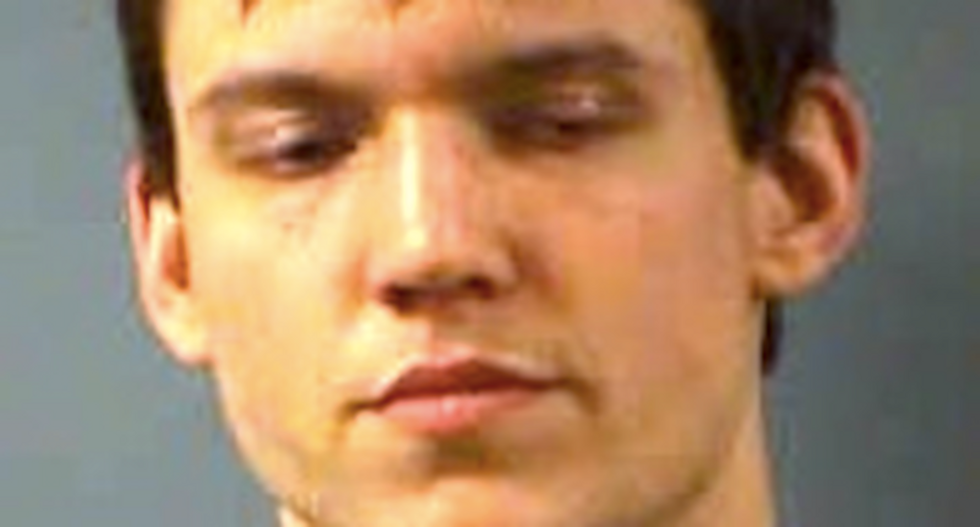 Authorities have issued an arrest warrant for a Minnesota man suspected of breaking glass and firebombing a Somali restaurant in North Dakota several days it was targeted with Nazi graffiti.

Firefighters took about 20 minutes to extinguish the blaze after it was reported about 2 a.m. Tuesday at Juba Coffee House and Restaurant in Grand Forks, reported the Star Tribune.

The restaurant was closed and empty at the time, and no injuries were reported, but the fire caused about $90,000 in damages.

Investigators quickly determined the cause of the fire was suspicious.

The FBI is also investigating the vandalism from several days prior -- when the owners found a swastika and the words "go home" spray-painted on the outside of the building.

Prosecutors charged 25-year-old Matthew Gust, of East Grand Forks, with arson in connection with the fire -- but he remained at large as of Sunday.

Investigators accused Gust of tossing a 40-ounce beer bottle filled with gasoline through the restaurant, whose owners are Muslim.

Muslims around the U.S. have been targeted with violence, threats and harassment in recent weeks following mass shootings in Paris and San Bernardino by members or supports of Islamic State militants.

“(The firebombing) fits a pattern of increased hate-motivated crimes and bias incidents nationwide targeting persons and property associated, or perceived to be associated, with Islam and the American Muslim community since the Paris attacks, the San Bernardino killings and anti-Muslim rhetoric by public figures like Donald Trump,” the Minnesota chapter of the Council on American-Islamic Relations said in a statement.

Police released surveillance video that shows the suspect smashing the restaurant's window and hurling the explosive device inside.

Investigators believe Gust may have injured himself during the incident.

Gust has previously pleaded guilty to felony charges of terrorizing, simple assault and prevent arrest in connection with an incident at the adult entertainment store Romantix.

He also pleaded guilty to assaulting a police officer in 2011.

Juba's owners said they plan to rebuild in the same location.