Anti-Muslim extremists giddy that mainstream Republicans are adopting their views: ‘LOL! I can soon retire!’ 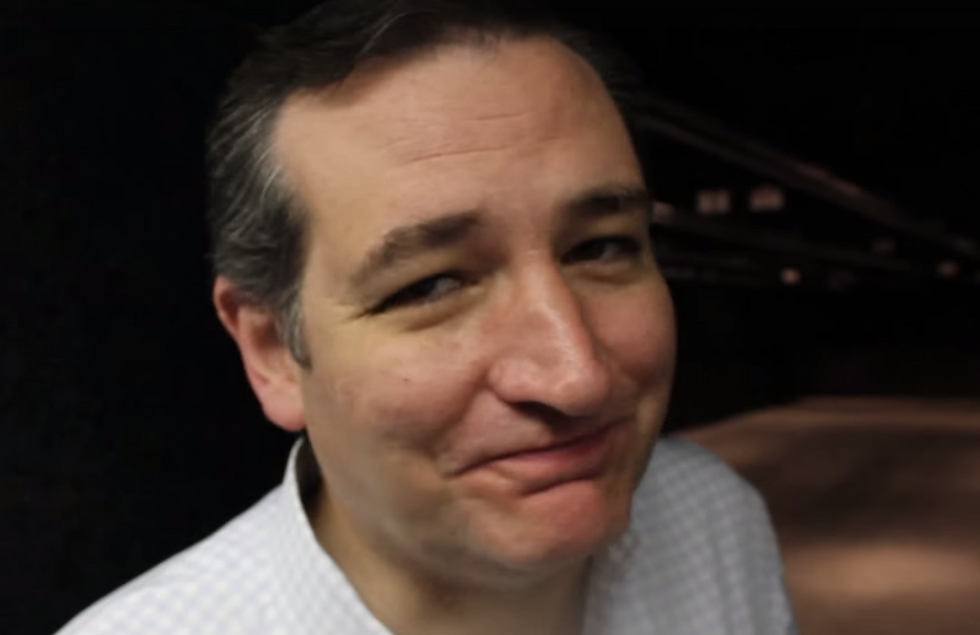 The terrorist attacks in Paris have opened the door to Islamophobia -- and anti-Muslim extremists are gleefully celebrating the embrace of their views by mainstream Republicans.

More than a dozen governors, including three seeking the Republican nomination for president, have said they won't accept new Syrian refugees -- although they don't actually have the authority to refuse them.

Other GOP candidates -- including Ben Carson, Ted Cruz, Donald Trump and Mike Huckabee -- have called on President Barack Obama and congressional lawmakers to halt resettlement of Syrian refugees in the U.S.

Cruz has said only Christian refugees should be allowed into the country, and Jeb Bush has said much the same thing.

That's welcome news to right-wing fringe figures like Ann Corcoran, of Refugee Resettlement Watch -- which has been advocating the same policies that GOP presidential candidates and governors are suggesting, reported Right Wing Watch.

"LOL!, there are so many people writing about refugees now that I can soon retire!" Corcoran said on her blog.

Frank Gaffney, an anti-Muslim conspiracy theorist with ties to both white supremacists and at least seven GOP presidential candidates, promoted one of Corcoran's blog post calling for “a moratorium on Muslim migration" in response to the Paris attacks.

Angry about #Paris? Time for a moratorium on Muslim migration to US. Start by cutting funds for it! https://t.co/tLQgtCxlST @RefugeeWatcher
— Frank Gaffney (@Frank Gaffney) 1447618263.0

"We have unleashed now what would not be an exaggeration to call almost demonic forces," Taylor said during the program. "We have close to a million now of these so-called refugees, most of whom are young men. They are young, single men. Most of whom have never seen a woman in a bikini in their lives. Most of them are part of, as you say, this Sharia culture that despises any woman who walks around with her face uncovered, with her legs bare. These people are going to be all sorts of trouble for Europe for many, many years to come."

Those claims about young, single men have been circulating in racist forums and social media for months, but they've begun to creep into mainstream conversations about the refugee crisis -- and the Paris attacks have brought those arguments further into the daylight.

House Speaker Paul Ryan (R-WI) -- who has been ordered to reject Syrian refugees or resign by Huckabee, the former Arkansas governor and GOP presidential candidate -- made strikingly similar arguments to those made by Taylor, the white nationalist.

"Look, we've always been a generous nation taking in refugees, but this is a unique situation," Ryan said Monday. "This is a situation where you have single men coming over, which is not women and children."

The United Nations, however, says slightly more than half of Syrian refugees are women, while nearly 22 percent of them are men aged 18 to 59.

Some right-wing websites have claimed that 72 percent of refugees are men -- but those numbers include nearly 200,000 refugees from nine other countries than Syria who have tried to cross the Mediterranean Sea into Europe.

Ryan said lawmakers may add language opposing the refugees to an upcoming government funding bill that must pass by Dec. 11.

"We've got to make sure we're protecting ourselves," Ryan said. "So that's what we're looking at: What is the best option? Not just so we have an issue to talk about, but so we have a result, which is to make sure we are not complicit or even facilitating of having someone come in who would seek to do us harm from Syria."

Obama has said the U.S. would accept 10,000 refugees from the Syrian civil war, with a priority given to "torture survivors, people with serious medical conditions, children and teens on their own, and women and children at risk."

All refugees will undergo months of screening by the Department of Homeland Security and other agencies before they are accepted for resettlement.

That's not good enough for anti-Muslim extremists like Pamela Geller, who wrote Monday that the president “should be brought up on charges” if he permits any more Muslim immigrants into the U.S.