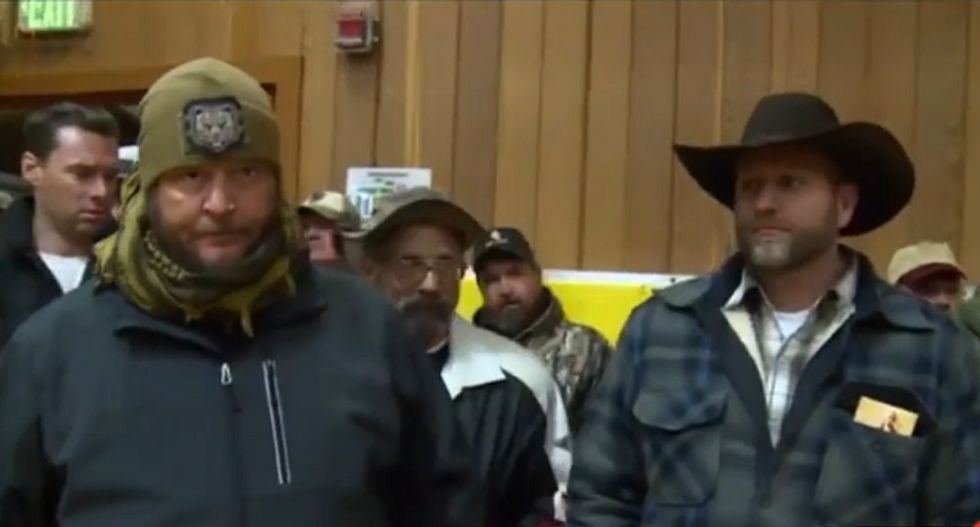 Members of the militia group lead by the Bundy clan have long stated they have women and children at the refuge, even implying their use as human shields against federal action. The group has also been free to come and go at will. But OPB has confirmed that two sisters, aged 8 and 9, have been continuously at the refuge as part of the occupation.

But OPB reports the girls have been spotted inside the compound as of Thursday night and were seen playing and wrestling in their pajamas in a hallway. One of the kids asked to be allowed outside to sit by a campfire but was told she could not.

The girls are from out of state and have been seen by reporters this week. The mother refused to comment when asked about the situation by OPB.

The report is troubling in part because given the girls' age, they would be expected to be in school. Additionally, while the FBI and other authorities have taken a stand-back approach so far, the threat of law enforcement action to end the occupation looms, though they are trying to negotiate an end with leader Ammon Bundy. Efforts seem hampered by the fact that Bundy doesn't recognize the jurisdiction or authority of the FBI to handle the situation.

It's further troubling because there have been reports of physical violence among militants. There are also known felons with violent convictions -- including second-degree murder --  and of course, a plenitude of loaded firearms.

The militants have told Raw Story they'd be willing to "support this to the death."