UPDATE: New details emerge about LaVoy Finicum’s death: ‘He’s like just shoot me — and they did’ 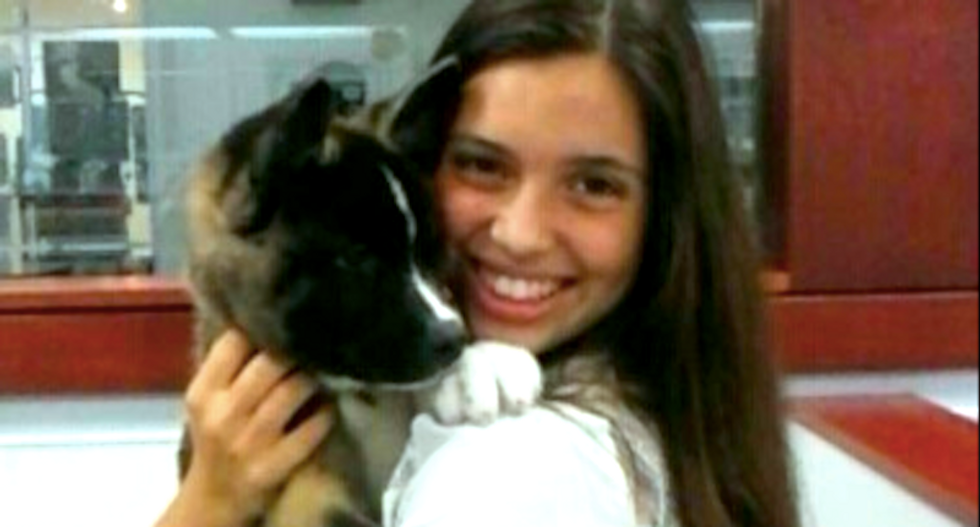 Another witness has described the events that led to the fatal shooting of LaVoy Finicum -- an Arizona rancher who vowed to die for his interpretation of the U.S. Constitution.

Victoria Sharp came to the Malheur National Wildlife Refuge last week with her mother and six siblings to sing for the militants.

The 18-year-old said she was riding with Finicum, Ryan Bundy, Ryan Payne and Shawna Cox to John Day, Oregon, where militant leader Ammon Bundy is believed to have been planning to set up a shadow government to prepare for an armed confrontation with federal authorities in Grant County.

Ammon Bundy's vehicle was stopped by law enforcement officers, and witnesses say Finicum ignored officer commands and drove on until he encountered a roadblock about a mile north.

The rancher was shot to death after crashing into a snowbank and getting out of his truck -- but eyewitness accounts differ somewhat, and law enforcement officials have not yet offered any details of their own.

Two witnesses in the other vehicle have strongly disputed claims that Finicum was shot to death as he attempted to surrender.

The militants' supporters say Sharp, who is the only person riding in Finicum's vehicle who was not arrested, proved their claims -- but that's not entirely accurate.

The teenager said Finicum demanded to be allowed to drive on to Grant County and speak to the sheriff, who the militants believed to be an ally -- as well as the top law enforcement official there.

"He's like, either shoot me now or leave us alone," Sharp said Finicum told the officers.

Instead, the officers ordered Finicum to turn off his truck and get out.

She said Payne, one of the militants, told officers there were women in the car, and she claimed officers shot at but missed the U.S. Army veteran when he stuck his head out the truck window to speak.

That's when Finicum fled the traffic stop, shouting that he was going to speak to Sheriff Glenn Palmer.

Sharp said officers opened fire on the fleeing pickup, and she and the other passengers dove to the floorboard.

Finicum crashed into a snowbank when he encountered a roadblock about a mile away, and officers ordered him out of the crashed pickup.

Sharp said he got out and dared authorities to shoot him as he approached with his hands raised.

Officers shot him three more times after he fell to the ground, Sharp said.

A former FBI hostage negotiator said Finicum, who had said he would rather die than go to jail, fit the profile for a person who wished to commit "suicide by cop."

Sharp said she heard up to 100 bullets fired at the vehicle, and she said one of those hit Ryan Bundy in the shoulder.

Witnesses in the other vehicle said Payne was struck by shrapnel.

All of the militants in both cars were taken into custody, but Sharp and Mark McConnell, Ammon Bundy's bodyguard, were released after questioning.