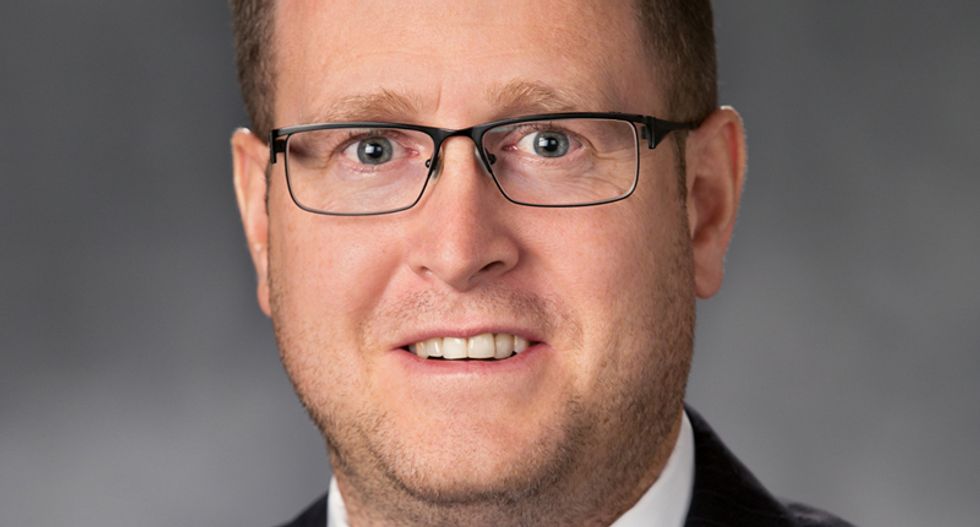 A Washington state lawmaker who paid a courtesy call on the armed militants who occupied the Maleheur National Wildlife Refuge, has submitted a state gun-rights bill with supporting quotes from the Founding Fathers, reports the News Tribune.

The only problem is: half of the quotes are fake.

The proposal by Rep. Matt Shea, (R-Spokane Valley), would create penalties for public officials who block people from owning or buying guns.

While one page of the four-page bill is dedicated to quotes from the Founding Fathers on gun ownership, three of the six quotes cited are completely made-up.

“Firearms stand next in importance to the Constitution itself. They are the American people’s liberty, teeth, and keystone under independence,” reads one of the quotes in Shea's bill which he attributes to George Washington.

According to researchers at Mount Vernon, George Washington’s estate: nope, he never wrote that.

“This quotation does not show up in any of Washington’s writings, nor does any closely related quote,” the Mount Vernon researchers note, adding that it is just one of many fake quotes in the list of "spurious quotations" often attributed to the first president.

In the bill’s long introductory section is a quote attributed to Thomas Jefferson stating: “Those who hammer their guns into plowshares will plow for those who do not.”

Once again, "fake," according to historians at Monticello who said that particular one shows up repeatedly, and does not become something that Jefferson wrote or said no matter how many times it's repeated.

Shea was recently in the news when he visited the armed militants occupying the bird sanctuary in neighboring Oregon -- who also have a tenuous grip on American history and the Constitution.

According to an aide for the Washington lawmaker, he is willing to amend his bill to eliminate the fake quotes.