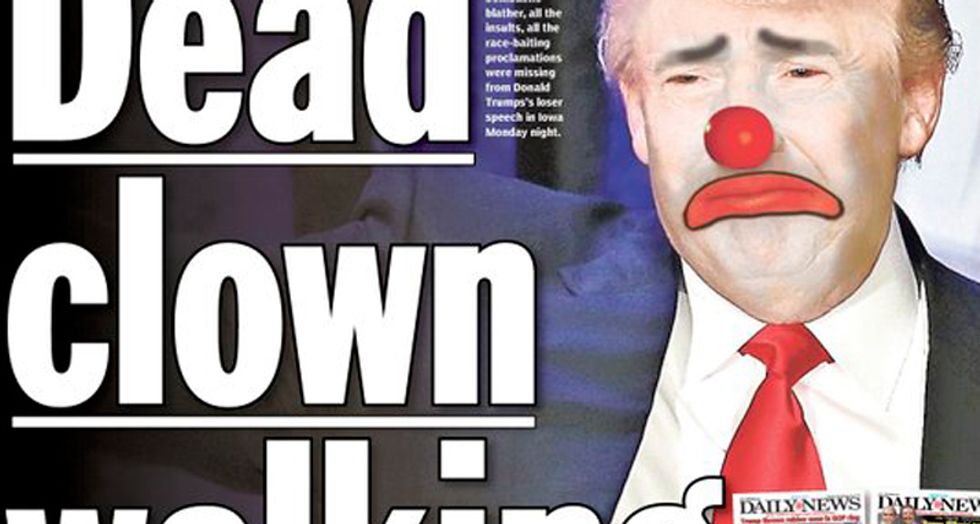 The newspaper -- which painted the erstwhile GOP front-runner as an Islamic State member late last year -- called him a "dead clown walking" in its Tuesday cover story, which it unveiled Monday night on Twitter: