Missouri Girl Scouts haul in more than $350,000 in donations after criticism from St. Louis archbishop 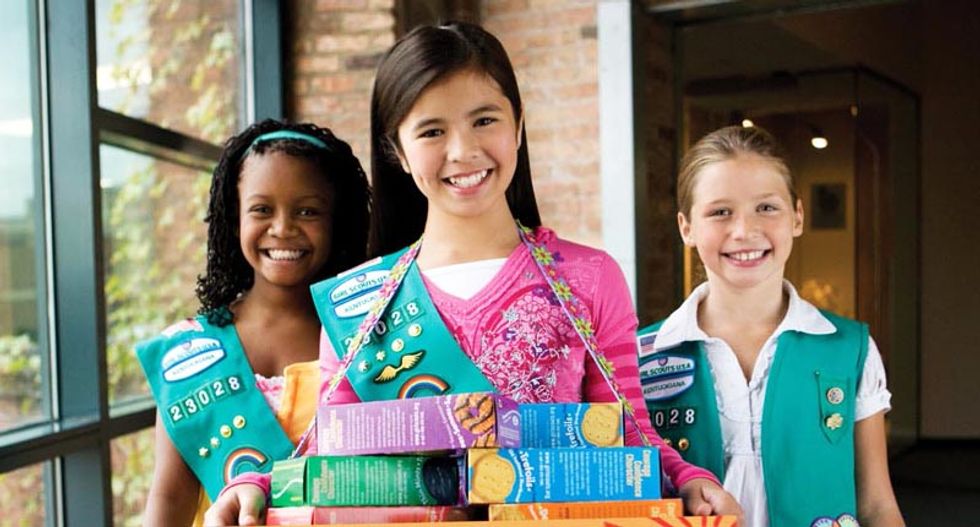 A letter from the Archdiocese of St. Louis criticizing the Girl Scouts of America over their affiliation with groups promoting contraception, abortion rights and even human rights blew up in the church's face when an annual fundraiser doubled its take this year.

On Feb. 18, Archbishop Robert Carlson questioned whether the Catholic Church should continue their affiliation with the youth group for girls, citing concerns that their mission may not be compatible with Catholic teachings.

"Organizations that GSUSA promotes and partners with are conflict with Catholic values, such as Amnesty International, Coalition for Adolescent Girls, OxFam and more," Carlson wrote. "This is especially troubling in regards to sex education and advocacy for “reproductive rights” (i.e. abortion and contraceptive access, even for minors)."

Carlson's letter was met with both outrage, as well as derision as popular comedian Samantha Bee mocked the archbishop for attacking Amnesty International, contraception and for his previous comments questioning whether molestation is a "crime."

“You have underestimated our love of girl power — and our love of cookies,” Bee said to Carlson before revealing that her program bought a “sh*t-ton” of Girl Scout cookies to give to her audience.

Bee suggested buying cookies or giving directly to the Girl Scouts, but attendees of the Missouri event were ahead of her, setting a new record in donations.

Additionally, the Berges Family Foundation -- which supports programs promoting youth empowerment and education --  matched the donation bringing in a record haul that surpassed donations in 2012 when the Girl Scouts celebrated its 100th anniversary in St. Louis.

According to Girl Scouts of Eastern Missouri, they  have received an "unusual number of requests" from out-of-state residents who wanted to purchase cookies from them after the archbishop's letter gained national attention.