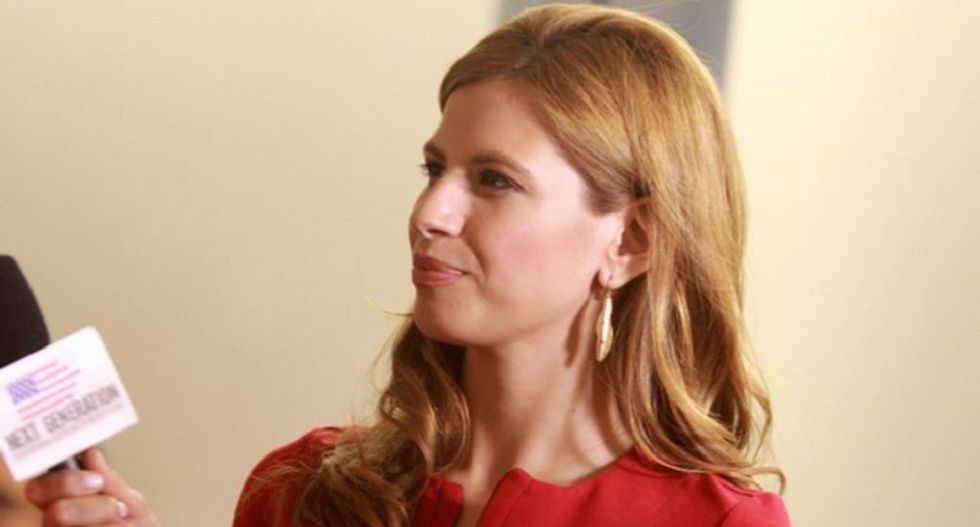 The campaign manager for Donald Trump is under fire for getting rough with a female reporter.

The Daily Caller's Jamie Weinstein took to Twitter on Tuesday night to report that his girlfriend, Breitbart's Michelle Fields, was grabbed by the arm and almost taken to the ground by Trump campaign manager Corey Lewandowski at a press event in Florida.

Say what you will abt Bush or even Obama. They would never tolerate this type of thuggery toward women https://t.co/EfbQH6tFM7
— Jamie Weinstein (@Jamie Weinstein)1457494369.0

An unnamed witness corroborates Weinstein's account, according to Politico.

"Fields was attempting to ask Trump a question as he exited the press conference. Secret Service was starting to clear a path, when Fields was forcibly grabbed on her arm by Lewandowski, moving her out of the way and nearly bringing her down to the ground, a source who witnessed the situation told POLITICO."

The witness told Politico that Fields was "clearly roughed up."

Breitbart, a politically conservative website, has been overwhelmingly supportive of Trump. Unnamed sources from inside the organization even complained to Buzzfeed in August that they believed Trump was giving money to the publication in exchange for glowing coverage.

Fields isn't the only female reporter to be mistreated by Trump and his staffers. Trump initiated an ongoing campaign against Fox's Megyn Kelly after she asked him pointed questions at the first GOP debate.

Last month, TIME photojournalist Chris Morris was put in a choke hold and thrown to the ground by a Secret Service agent in an incident that is under investigation.