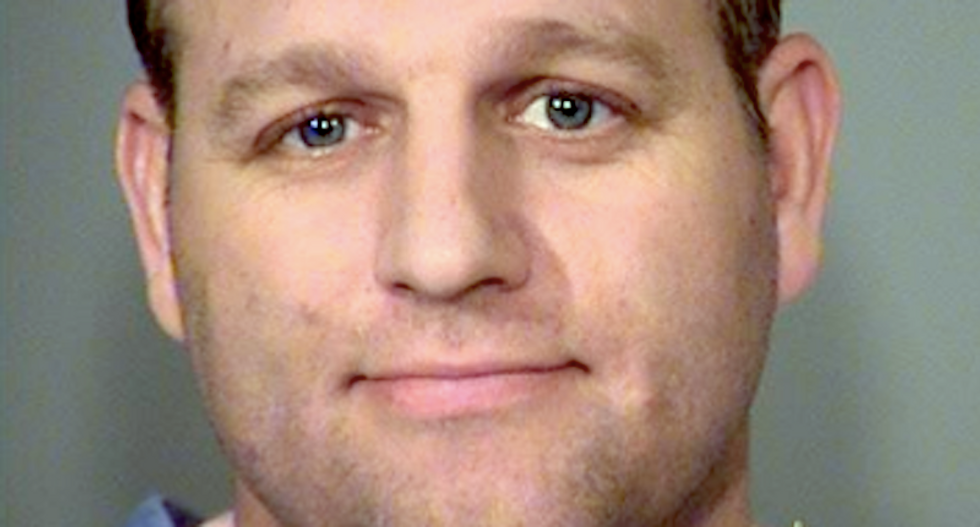 Ammon Bundy plans to challenge the constitutionality of the criminal charges against him -- an argument that legal experts found laughably deficient.

The 40-year-old truck mechanic is among 27 militants indicted on federal charges in connection with the armed takeover of Malhuer National Wildlife Refuge in January.

His attorneys filed court documents Friday challenging federal jurisdiction because, they argued, the U.S. government cannot prove it owns the land and therefore cannot pay its employees to work there, reported Patch.com.

Bundy and the other militants are charged with, among other crimes, interfering with the work of government scientists and others who manage the Oregon nature preserve.

Attorney Mike Arnold told the website that Bundy and the other armed men who took over the wildlife refuge were simply "patriots" exercising their First Amendment rights.

Bundy and his attorneys are asking for a hearing so they can argue that the the Enclave Clause of the Constitution prohibits the U.S. government from owning or managing public lands.

That's the same claim made by Koch brothers-backed Republican lawmakers to argue that states or individuals, rather than the federal government, should take over control of public lands.

"The unmistakable legal reality is that a series of solid, indisputable U.S. Supreme Court cases establishes that the federal government is constitutionally empowered to own land, control that land through federal statutes and regulations as it sees fit, and dispose of that land if it chooses to 'without limitation,'" said Susan Smith, a law professor at Willamette University.

She was asked in January, after the occupation began, by the Association of Oregon Counties to research and write about the militants' constitutional interpretations.

Other legal experts agree that Bundy and his attorneys will have a difficult time proving their arguments.

“We look forward to Ammon Bundy’s attempt to re-litigate 200 years of jurisprudence regarding the property clause, and United States v. Oregon, the 1935 Supreme Court case that specifically established the American people’s ownership of the Malheur National Wildlife Refuge," said Jennifer Rokala, executive director of the nonpartisan Center for Western Priorities.