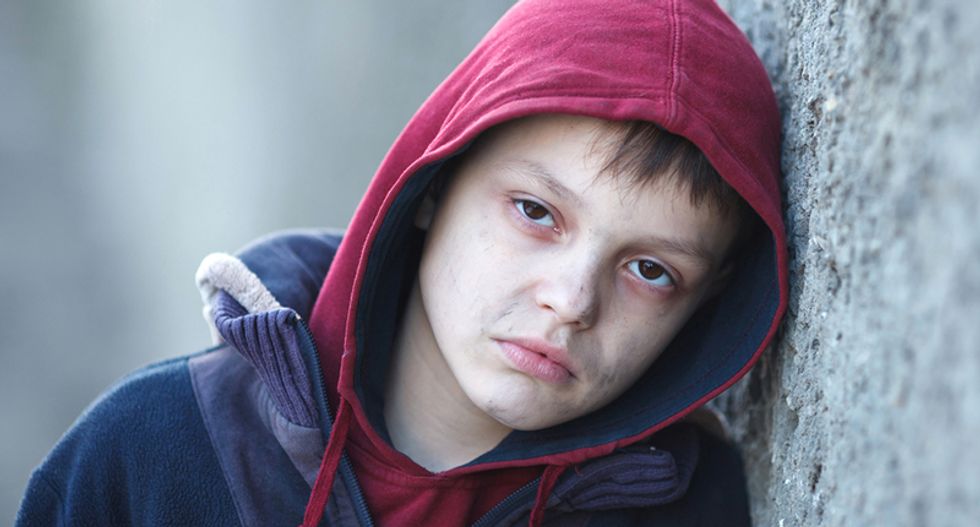 Oklahoma lawmakers are trying to decide whether to override Republican Gov. Mary Fallin's veto of the abortion ban they passed last week. But when it comes to caring about children, state legislators' interest starts and stops at the abortion clinic. For those who have been born, Oklahoma's legislature has slashed and burned funding that helps them have a better, safer and happier life.

Since Fallin took office five years ago, she and the Republican-led legislature have followed the Kansas model of government made infamous by Gov. Sam Brownback, who bankrupted the state economy with callous policies. Like Kansas, Oklahoma has made drastic funding cuts while also cutting taxes on corporations in the name of job growth. It came at the unfortunate time of low oil prices, which has significantly reduced revenue for one of the state's largest industries. The result has been a catastrophic $1.3 billion budget shortfall.

Yet, instead of looking for new revenue options, the legislature focused on passing the strictest anti-abortion law in the nation. Here are six other things the legislature did while they pretended to care about unborn babies:

Not five hours after legislators gave passionate speeches about unborn babies, Oklahoma lawmakers cut a tiny tax credit for child care. SB1605 severed the $129,000 fund that ensured mothers could work while still ensuring their children were safe. State Rep. David Brumbaugh even went so far as to call those children and their mothers a "special interest group." The tax credit comes at the worst possible time, too. Some of the state's schools don't even have enough money to stay open all day or schedule a full week of classes. These schools are letting out an hour earlier and others will only have classes four days a week.

Even before the oil boom went bust, Oklahoma began cutting back on funds for education. Oil-rich states like North Dakota and Texas took funds made from the energy industry and established a long-term investment in education. Oklahoma, however, led the nation in education cuts. Since January, Oklahoma’s $3 billion budget for schools has been cut by $58 million, according to Reuters. This comes after several years of similar cuts while more and more students crowd the halls.

Oklahoma also faces a serious teacher shortage. Nearly 2,000 trained professionals are missing from classrooms because the state can't afford to pay them. In fact, Oklahoma pays its teachers the lowest rate in the nation. Class sizes every grade level are increasing, too, with as many as 36 students per class. Summer programs and programs to encourage science, technology, engineering and math (STEM) have been cut in every single Oklahoma school district. Fine arts, music and athletic funding also landed on the chopping block.

School administrative staff, who work to help schools comply with data and testing mandates, have been furloughed or laid off. Bus routes have had to be cut from the budgets, leaving many children without safe or reliable transportation to class. Some districts simply can't afford to operate at all, so they've had to close their doors and watch their students be absorbed into other school districts.

Higher education is dealing with a huge dose of cuts as well. The 13 colleges and universities in the state have been sliced by $74 million. Cameron University has eliminated 32 positions, and Southeastern Oklahoma State University has lost 54 positions. Some of them are even considering eliminating degree and certificate programs. This will force many students to complete their programs out of state or seek their desired degrees elsewhere.

The state actually requires colleges and universities have enough money to pay a month's worth of expenses, in the event of an emergency. This year 16 schools won't meet that requirement.

Child welfare in Oklahoma has been so bad that the federal government literally had to take it over. Currently, there are nearly 14 out of every 1,000 children in the state that are in state custody due to abuse and neglect because there is a lack of resources for families and caregivers. Oklahoma had to settle a lawsuit brought by the federal government after a little girl was murdered by a foster parent. Due to the lawsuit, the state has been required to supply funding to specific areas of the Department of Human Services that work directly with children. To meet those funding demands, other pieces of DHS have had to be cut.

Like many states, Oklahoma has a tax-free weekend in August to help parents get their children ready for the upcoming school year. The weekend covers clothing for children under $100, but it doesn't extend to school supplies.

5. Health care just got slashed and moms will have to drive further for prenatal care

Oklahoma already ranks 46th nationally in overall health and 49th in the physician-to-patient ratio. Yet the state has sought to cut the Department of Health by more than 19 percent since 2009, and the Oklahoma Healthcare Authority has announced a 25 percent reduction in hospital, doctor and nurse reimbursements. This comes after $110 million cut in 2015 after budget cuts. The U.S. Department of Health and Human Services categorizes 64 of Oklahoma's 77 counties as primary care Health Professional Shortage Areas.

Due to these cuts, 60 percent of the children born in the state are now at a severe risk. Not only will moms giving birth have to drive further distances when they're in labor, but access to prenatal care will also be further away, forcing pregnant women to choose between work or an unborn child. Those are the pregnancies that are routine and healthy. Anything can happen if there are complications and she can't get to a hospital in time.

The state has one of the highest rates of adults with untreated mental health disorders in the country, while simultaneously being one with the lowest rates of financial support for treatment services. The Department of Mental Health and Substance Abuse Services has been forced to decrease spending by $22.8 million since January, which is taking away from the state's already paltry services, which are ranked 45th in the nation.

More children will have to endure unstable home environments, but clearly the foster care system isn't a safe place for Oklahoma children, either. Oklahoma is already third in the nation for domestic violence. Slashing services through the Department of Mental Health will ultimately result in an estimated eight times more mentally ill people ending up in prison, according to the Department of Corrections.

Attempting to rectify the seemingly endless problem the state faces, House Minority Leader Scott Inman attempted to pass a disaster declaration for the state. It would be similar to the one declared by the state of Michigan in response to the Flint water crisis. No emergency declaration has ever been made by a state like this before. However, Inman's bill has yet to come up for a vote.

When then-Rep. Mary Fallin was running for governor, she campaigned on a need to "right-size government." It's unclear if this is what she meant by "right size" or if the state's children will face even more cuts. Fallin is also on the shortlist for Donald Trump's vice president. 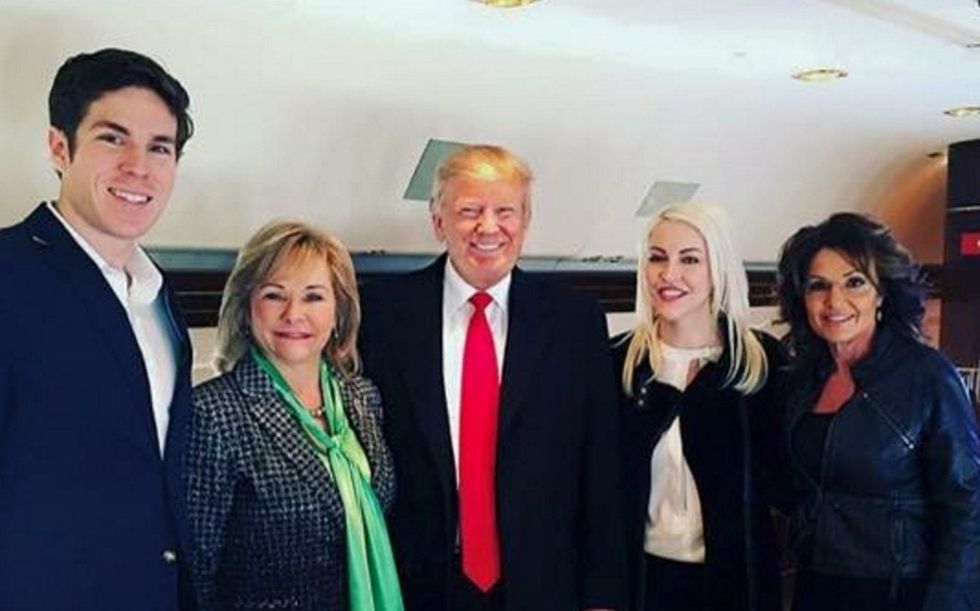