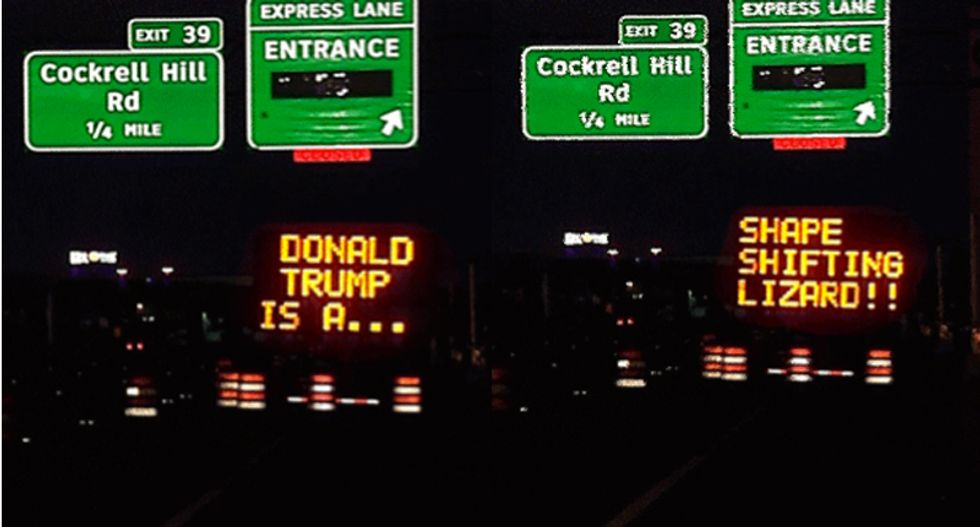 Motorists heading home from the long Memorial Day weekend received an alarming warning after someone hacked into at least three Texas Department of Transportation portable electronic road signs, according to NBC/DFW.

The signs -- which are normally used to advise motorists of construction work or delays -- instead were used to warn that “Donald Trump is a Shape-Shifting Lizard,”  as well as stumping for Vermont Sen. Bernie Sanders with "Bernie for President."

The signs, located west of Dallas, flashed their message throughout the night before transportation workers began shutting them off early Tuesday morning.

Another sign encouraged early morning drivers to take an even longer holiday weekend, reading: "Work is Canceled - Go Back Home"

Video of the Trump sign below via Tim Ciesco of NBC5:

I'm not sure this is what @TxDOT meant for this road sign to say... #Dallas @NBCDFW pic.twitter.com/4iPldtM9gJ