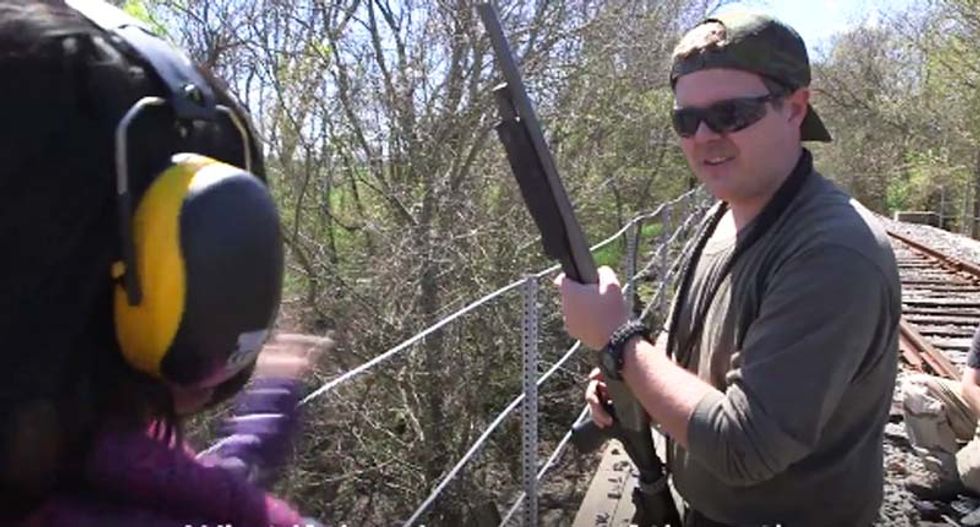 In a video posted to Twitter by AJPlus, weekend warriors in Texas explain that they will be using bullets dipped in pigs blood or smeared with bacon' grease when the time comes to stop the "Arab uprising" they believe will overrun their state.

In the video, one unidentified militia member explains the importance of using pork-dipped bullets.

"A lot of us here are using either pig's blood or bacon grease on our bullets, " he explains, adding, "So that when you shoot a Muslim they go straight to hell. That's what they believe in their religion."

Added another militia member, "Don't f*ck with white people," before showing off his shooting prowess with a shotgun.

Texas has been a hotbed of anti-Muslim protests at local mosques, including one here both sides showed up armed.

Tensions in the Lone State state increased after two men were shot and killed by Texas police a year ago after they attacked a "Draw Muhammad" contest in the town of Garland.

In November of last year, the head of one anti-Muslim militia went so far as to publish the names and contact information of the city’s Muslim families and their so-called “sympathizers” who refused to speak out against the religion at public meetings.

Watch the video below via AJPlus:

A Texan group is stocking up on pig's blood and bacon-greased bullets – against what they call an "Arab rising." https://t.co/C6ZjtLu3JP