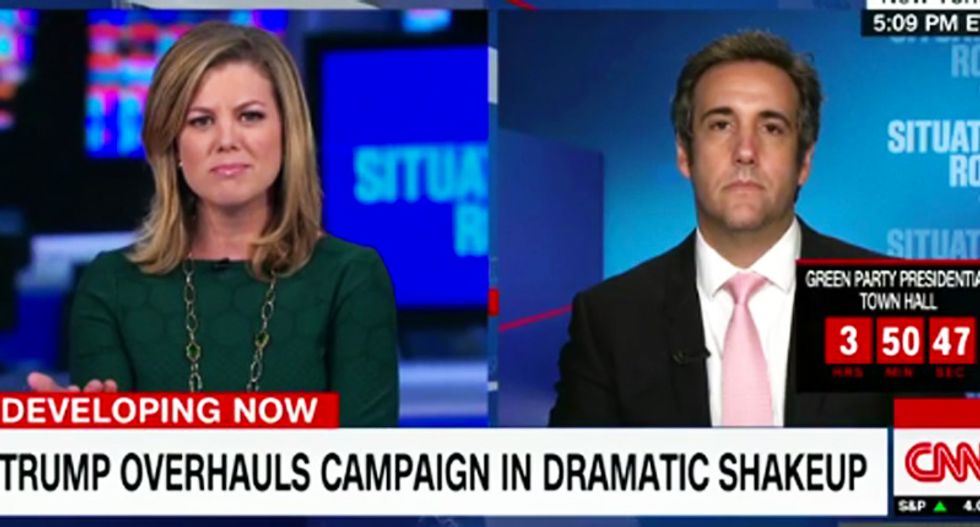 In what may perfectly wrap up a day in which Donald Trump's spokespeople spectacularly flamed out while defending a campaign that appears to be in a death-spiral, Trump's own attorney may have set the new bar for haplessness during a interview Wednesday afternoon.

Appearing on CNN, Trump attorney Michael Cohen was asked about the shake-up, only to deny things look grim for the campaign.

"You say it's not a shake-up, but you guys are down," Cohen was asked by host Brianna Keilar. "And it makes sense that --"

"Says who?" Cohen abruptly retorted before repeating it again.

"Polls. Most of them. All of them?" a clearly flabbergasted Keilar suggested.

After pausing for an uncomfortable few seconds, Cohen once again asked, "Says who?'

"Polls. I just told you. I answered your question," she stated.

"Which polls?," Cohen shot back.

"All of the," Keilar said with finality, to which Cohen conceded by saying, "Okay."