Keith Olbermann unleashes holy hell on Trump's GOP enablers: 'This is the moral equivalent of treason' 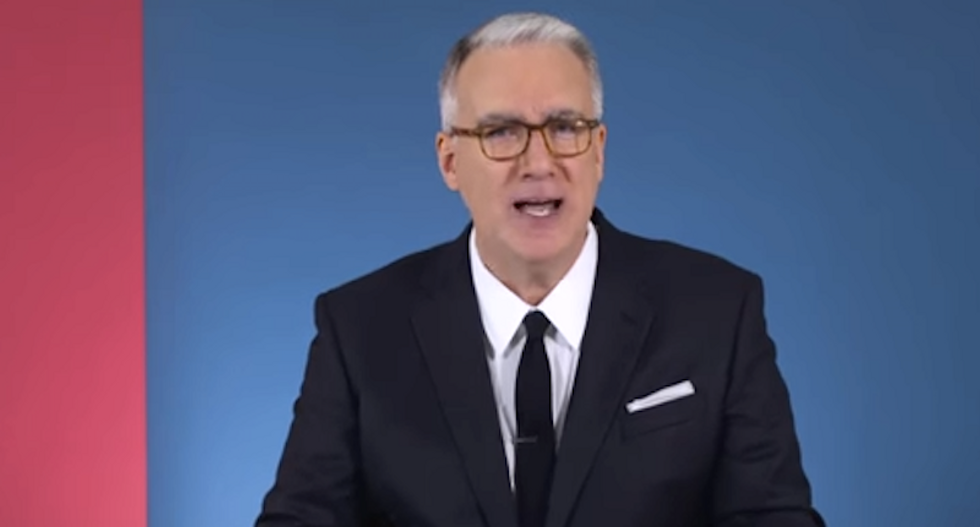 Keith Olbermann unleashed his fury against Donald Trump and anyone who would defend him for uttering "the words that will damn him throughout American history."

Olbermann already damned the Republican presidential nominee earlier this week for suggesting me might not accept the results of the election if he loses, and on Friday he denounced Trump's enablers.

"Anyone whose partisanship takes such priority over their patriotism that they can defend Trump, especially by comparing him to Gore, has symbolically burned the word ‘liar’ into their own forehead," Olbermann said.

Kellyanne Conway, Trump's campaign manager, claimed Trump had done nothing different in preemptively questioning the election before the votes were counted -- but Olbermann wasn't having it.

"Gore retracted his concession because his aides learned that he was only a few hundred votes behind," Olbermann said. "The eventual margin of his loss (in Florida) was so small that by law, they -- the state -- had to recount the vote. So much for Ms. Conway."

"We are approaching the point at which this country will say so much for the Republican Party," Olbermann said. "It has long been anticipated that the runaway train quality of the Trump campaign would eventually claim as its collateral damage all or most of the GOP and its leaders, but that was always considered to be an event that would hit on Election Day or thereafter -- like the purge of Barry Goldwater's people from that party in the months after his landslide loss to Lyndon Johnson in 1964."

The Trump train crashed Wednesday night in Las Vegas, when Trump undermined trust in American democratic institutions to satisfy his own ego.

"Trump's third public refusal to recognize the cornerstone of this or any other democracy -- you accept the electoral outcome -- moved this from political embarrassment to fatal political infamy," Olbermann said.

He again challenged Republican leaders to disavow "this anti-democratic demagogue" -- and he listed the names of some of Trump's strongest supporters.

"These people are done in American politics," Olbermann said. "Who's next? Paul Ryan? Mitch McConnell? Who else will this madman Trump take down? This is not a presidential candidate losing an election by 537 shaky votes out of 105 million cast, after a recount mandated by state law and the intervention of the Supreme Court. This is not a procedural dispute over an election already completed -- this is the presidential nominee of the Republican Party refusing to promise that he will accept the results of the election 20 days before the election."

"This is the moral equivalent of treason," Olbermann said. "When, Republican leaders, will you speak up?"