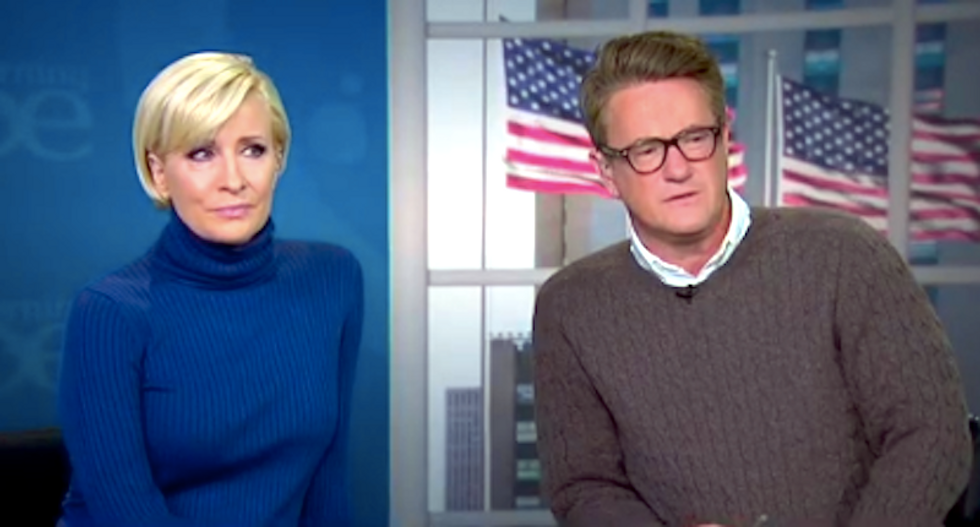 Rudy Giuliani has donated his legacy to Donald Trump's campaign -- and his most recent outrageous statement had a "Morning Joe" panel questioning his mental and physical health.

The former mayor of New York City bashed Hillary Clinton while introducing Trump at a Florida rally, claiming the former U.S. senator had lied about being in the city on Sept. 11, 2001.

But Giuliani was the one lying -- because Clinton has never claimed she was anywhere else but Washington, D.C., on the day of the attacks but flew to New York less than 24 hours later, where she was photographed alongside the mayor and governor as they surveyed the destruction in lower Manhattan.

Panelists on the MSNBC program said Thursday morning that the 72-year-old Giuliani shows signs of exhaustion, and Willie Geist pointed out the former mayor had praised Clinton's post-9/11 response just two months ago, at the Republican National Convention.

"This is the type of stuff people hate about politics," Geist said, saying Giuliani should not "just make stuff up."

Mike Barnicle, another contributor, said this was just the latest in a series of "unhinged performances" from Giuliani in service of the Republican presidential nominee.

New York Times reporter Nick Confessore said the biggest casualty of a potential Trump loss, after the candidate himself, would be Giuliani.

Host Joe Scarborough said he just couldn't understand why Giuliani would risk his "important legacy in this city" by peddling such easily debunked falsehoods.

"I just don't understand some of these statements," Scarborough said. "Is he okay? And I say that seriously. Is the guy okay? Did he forget what he said a couple of months ago? I don't understand how people say things like that."

Giuliani falsely accuses Clinton of lying about 9/11... @JoeNBC: I don't understand how people say things like that https://t.co/w95d8eNrK0