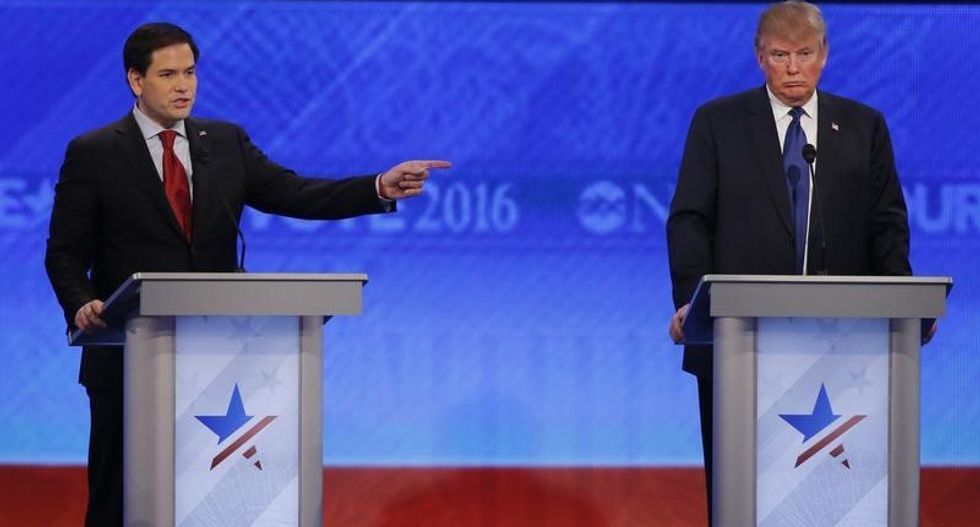 In a bombshell report on Politico, a former Occupy Wall Street organizer is accused of working with conservative news site Breitbart.com to disrupt rallies held by Trump rivals -- including Florida Senator Marco Rubio (R) -- during the primary season.

According to Hadas Gold, a source claims that Aaron Black, an associate with Democracy Partners, tipped off reporters at Breitbart about upcoming disruptions and provided them with raw video.

Black recently showed up in Project Veritas videos made by conservative provocateur James O'Keefe, claiming to work with the Democratic National Committee.  Those videos led to accusations that contractors associated with the DNC were responsible for disrupting Trump rallies and led to the firing of several employees.

According to Gold's source,  Black coordinated with Breitbart correspondents by email, phone and in person when following  Rubio on the campaign trail while dressed as a robot. Rubio was under attack at the time for his repetitive comments in the GOP debates.

Following an appearance by Rubio in New Hampshire where the robot got into a brief scuffle with the candidate's New Hampshire campaign chairman, Breitbart published the story immediately.